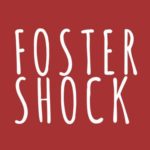 A documentary film about Florida’s privatized child welfare and fostering programs — made by a Guardian ad Litem and filmmaker from Palm Beach — casts a draconian look at what happens to children when they are taken from abusive situations at home and become dependents of the state, at taxpayer expense, often to their peril.

“Foster Shock,” which is currently being screened around the state at community viewings and nationally film festivals, was directed and produced by Mari Frankel, who has also served as a Guardian ad Litem (person the court appoints to investigate what solutions would be in the best interests of a child) for the last several years.

Her film paints the picture of a bleak and broken system funded to the tune of roughly $3 billion per year of Florida taxpayer money. The film also argues that a sizable chunk of that money often goes to the six-figure salaries of the executives running the so-called “community-based care” agencies (CBCs), like Eckerd Kids, whose own executive director, David Dennis, earned $708,028 in the fiscal year 2015, according to publicly-available IRS 990 statements.

But the children sometimes wind up in group homes, or foster homes, where they are abused or even killed – maliciously or by neglect. There have been a string of widely-publicized incidents the state’s Department of Children and Families (DCF) has had to ultimately deal with in recent years, but the CBCs keep getting their contracts – typically worth tens of millions of dollars per county – renewed by the state.

“There is unacceptable, and then there’s disgraceful,” Frankel said at a screening of her movie at the Palm Beach International Film Festival last year. “We need to change the system to protect these children from being hurt over and over again. I hope Foster Shock will let people see the dysfunction under privatization and move them to demand action.”

Further, interviews with foster children who eventually age out of the system give their personal testimonies in the film, in which they were alienated from their biological parents and siblings against their will and placed into dangerous homes where they were raped, exposed to illegal drugs or are prescribed psychotropic medications, Baker Acted as minors, with the ultimate attempt to put them into adoption programs. Florida receives thousands of dollars from the federal government for every child that is successfully adopted under Title IV-E of the Social Security Act.

The film will be screened next in at Gulfport’s Stetson University’s School of Law in Pinellas County, on March 29, 2017, from 5:30-7:30 p.m. Following the movie, a panel of youth moderated by the Honorable Judge Patrice Moore, will speak about their experiences in a community conversation setting regarding the resources needed to best serve children in foster care. Representatives from GAL, Heart Gallery, Eckerd, and Big Brothers Big Sisters will be at the event.

Attendees are invited to bring full-sized hygiene donations for GAL teens living in group homes. Email Taylor at [email protected] for questions. Dinner will be served. Spots are limited.