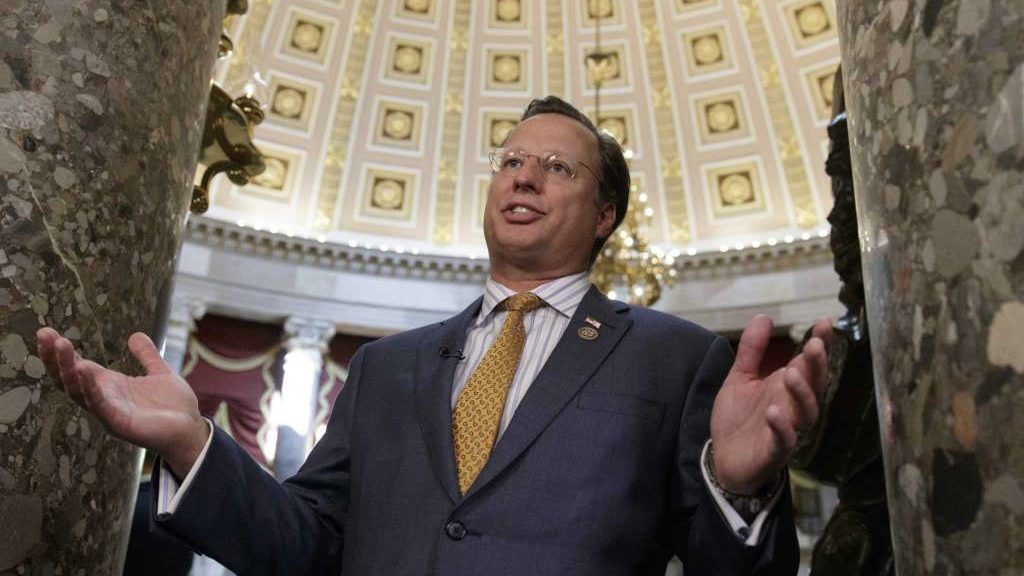 The Latest on the upcoming health care vote in the House (all times local):

The chairman of the conservative House Freedom Caucus says there’s “no deal” on the GOP health care legislation after a meeting at the White House with President Donald Trump.

The assertion from Congressman Mark Meadows of North Carolina throws plans for a vote on the bill later Thursday into doubt.

But the group had been negotiating directly with the White House in hopes of reaching agreement to eliminate additional requirements on insurers.

Without a deal with the Freedom Caucus, and with moderate-leaning members defecting, it seems unlikely GOP leaders will have the votes they need to go forward with a vote later Thursday as they had planned.

Former President Barack Obama is celebrating the seventh anniversary of his landmark health care law, saying in a statement on Thursday that “America is stronger because of the Affordable Care Act.”

Obama does not directly address GOP efforts to repeal his law, which are coming to a head Thursday as House leaders push toward a vote on their repeal legislation. Republicans remain short of votes.

The former president does say that if Republicans are serious about lowering costs and expanding coverage, and are prepared to work with Democrats, “That’s something we all should welcome.”

But, Obama says, “we should start from the baseline that any changes will make our health care system better, not worse for hardworking Americans.”

He notes 20 million Americans gained coverage under his law.

President Donald Trump is urging people to call their lawmakers to express support for the Republican legislation to repeal and replace “Obamacare.”

Trump posted a video on Twitter Thursday asking people to get behind the plan. He says that people were “given many lies” about the Affordable Care Act.

Trump added that the legislation was “terrific” and “you’re going to be very, very happy.”

The GOP legislation was on the brink hours before Republican leaders planned to put it on the House floor for a showdown vote. Trump was spending the final hours trying to close the deal with conservatives who have opposed the plan.

The GOP’s long-promised legislation to repeal and replace “Obamacare” stands on the brink, just hours before Republican leaders planned to put it on the House floor for a showdown vote.

The stakes are high, and Republicans are staring at the possibility of a failure that would throw prospects for their other legislative goals into uncertainty. Speaking to members of the conservative Freedom Caucus mid-day Thursday, Trump is pitching concessions to representatives who want to limit the requirement for health plans to include benefits including substance abuse and maternity care. But those changes appear to be scaring off at least some moderate Republicans.

In a count by The Associated Press, at least 26 Republicans say they opposed the bill, enough to narrowly defeat the measure.

previousJoe Negron would 'prefer' to use gambling money in budget