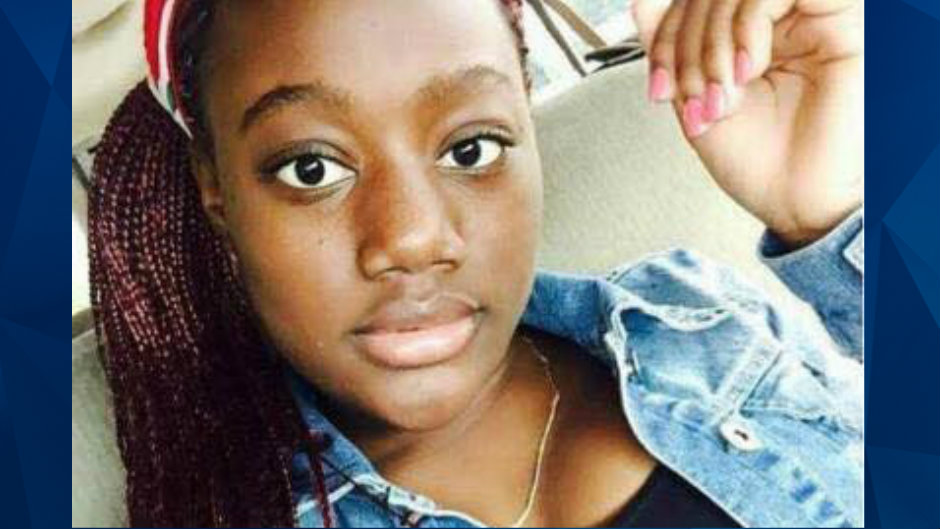 Part of a psychological evaluation administered to Naika Venant in June 2015 included a sentence completion test.

For the beginning stem sentence “The thing I want to do most of all is …” the then-12-year-old girl responded: “Die happy.”

Sentence tests can provide indications of attitudes, beliefs, motivations or other mental states.

Other sentences she finished: “My best friend is … I don’t have a best friend.” “The person I’m most afraid of is … nobody.” “I would do anything to forgot the time that … I made my mom cry.”

Among 3,523 pages of records recently released by the Florida Department of Children and Families (DCF) about Venant’s history in the child welfare system — and her life — are details about that June 2015 evaluation, carried out by Dr. Terilee Wunderman.

(The trove of documents were only made public after The Miami Herald fought in a court of law to have them released and did not include a DCF rapid response report already public.)

The psychologist goes on to note that Naika was depressed, suffered from post-traumatic stress disorder and anxiety and that her diagnosis for attention-deficit/hyperactive disorder by an earlier therapist was “not entirely appropriate” at the time.

Wunderman said, “there is much concern that her attention problems are due to anxiety and trauma rather than true ADHD symptomology.”

Because of that, her recommendation was to “re-evaluate” the 10 mg of Adderall Naika was prescribed due to the child’s already existing depression since one of the drug’s side effects is depression, “and Naika is coping with considerable depression related to her traumas … another regimen might better address her emotional difficulties,” it said on page 97 in the third installment of a final review of her foster care records.

She had, indeed, been through several traumas to that point. Naika was repeatedly molested and raped by another adolescent boy, 15, also a foster child, in a home with several other foster children, from April to December 2009 — when she was 7. She was Baker Acted once. She had endured physical abuse and had been exposed to sexually explicit material, and had inappropriately become sexualized at a young age.

In Jan. 2009, her biological mother arrived home to find a 4-year-old girl performing oral sex on Naika. Her mother beat her with a belt, leaving roughly 30 lashing marks all over her body — Naika then went into the foster care system, only to be raped by the 15-yr-old foster boy months later.

Her father was absent from her life and her mother struggled to keep the electric on when they were living together.

In all, Naika spent 16 months in foster care three different times, being placed in 14 different homes in the last nine months of her life, four alone in October 2016.

Less than a week before her mother finally gave up custody of Naika, her medication was ramped up.

By May 2016, she was taking 50 mg of Vyvanse, an Adderall generic. Another prescription had been added by Dr. Alon Seifan, page 110 notes on the third part of the final evaluation of her DCF foster care records:  25 mg of Sertraline, or Zoloft, a so-called ‘black-box warning’ drug. The designation comes from the Food and Drug Administration and is given to those pharmaceuticals deemed potentially hazardous.

In the case of Zoloft, it was found to have certain side effects, one of which was suicidal thoughts in children.

FloridaPolitics.com asked DCF about oversight of psychotropic drugs prescribed to children under the care of the subcontracted community-based care agencies (CBCs) handling Naika’s case, Our Kids of Miami-Dade and Monroe and the Miami Gardens-based Center for Family and Child Enrichment, Inc. (CFCE).

A rapid response report issued by DCF March 8 stated in ‘Finding A’ of the organizational assessment of Our Kids and CFCE said that “the child welfare professionals involved in this case were highly experienced and well prepared to perform their responsibilities; and while overall caseloads across the case management agency were slightly elevated, it did not have an impact in this specific circumstance.”

Case managers have the option to seek a second consultation after a first consultation when medication is prescribed for a child under their care. It is unknown if the CFCE case manager or case manager’s supervisor considered a second medical opinion on this matter. CBCs follow the same directives as DCF investigators throughout the state as dictated by Statute 39 of Florida’s judicial branch.

Jessica Sims, spokeswoman for DCF, said medicating a child was an issue that fell under the domain of parents, legal guardians or a court.

“The department does not prescribe medication,” Sims said by email Friday. “Only medical professionals, not child welfare employees, are responsible for the prescription of medication and informed consent must be obtained from a parent/legal guardian or the court. DCF does not determine what medication children take.

FloridaPolitics.com reached out to both Our Kids and CFCE for comment, but did not immediately receive a response before the publishing of this article.

It’s important to note because, on page 118 of Part 3 of the final review of Naika’s foster care records, Seifon made hand-written notes that Zoloft could induce “suicidal ideations” while Vyvanse’s potential side effect could be “sleep disturbance.

A question on the form asked how long the medications were to be prescribed. Seifon wrote, “indefinite.”

If a case manager had questioned any of this, they could have sought a second psychiatric/medical opinion based on both Seifon’s and Wunderman’s recommendations for and against prescriptions for Naika.

She hung herself in the bathroom of her final foster home in the middle of the night Jan. 22. (Her biological mother, Gina Alexis, had been made aware of the unfolding situation via a flurry of text messages, but she had no idea what address her daughter was at in the city if Miami Gardens.)

By Dec. 8, Dr. Scott Segal doubled the Zoloft dosage to 50 mg daily and raised the Vyvanse back to 50 mg after it had been reduced to 30 mg.

A month and a half later Naika was dead.

FloridaPolitics.com attempted to reach Segal for comment, but he did not respond before the publishing of this article.

Naika’s case hauntingly parallels that of Gabriel Myers, who hung himself in the bathroom of his foster parent’s home in April 2009. Myers, who had been sexually molested, was also prescribed medication. He was 7 years old. His father was in an Ohio prison, and his mother was reported found unconscious in her car with drugs openly on display around her, which is how Myers wound up in foster care.

The Myers incident shook Florida’s child welfare system to its core and a special panel was formed to seek a way to better improve care for Florida’s foster children.

“Key initiatives from the Gabriel Myers Work Group were implemented and have been further improved over time,” Sims said. “The department’s office of child welfare recently organized a multidisciplinary review team that conducted more research on the procedures surrounding the prescription of psychotropic medication by physicians for children in care, and are exploring additional avenues of systemic improvement. Also, the CIRRT regarding this case outlined the need for enhanced coordination of care by providers and behavioral health professionals to ensure information is appropriately shared for the most effective level of care to be provided.”

But it goes beyond that, according to Howard M. Talenfeld, an attorney specializing in child welfare.

He told FloridaPolitics.com there aren’t enough therapeutic homes within Florida’s privatized child welfare structure to place children in with a complex set of problems, as was the case with Naika.

“Many children in foster care have serious behavioral problems resulting from the traumas of their abuse, removal from their natural parents, and then the further trauma of bouncing from one placement to the next,” Talenfeld, also the president of Florida Children First, said by email Thursday. “In many cases, foster children are medicated and  chemically restrained after appropriate placements, and therapeutic interventions are not made available to address the needs of these children by the private agencies responsible for their care.”

It’s a catastrophe that has repeated itself over and over, he said.

The attorney is currently providing Naika’s mother, Alexis, with advice, but is not representing her because he doesn’t counsel on behalf of adults.

Dr. James Sewell, a retired assistant commissioner of the Florida Dept. of Law Enforcement and child welfare consultant, was a member of the Gabriel Myers Work Group in 2009.

He said it was his understanding there were still significantly fewer therapeutic homes available to place children with specialized mental health or behavioral needs into for Florida’s foster children.

He agreed Naika’s case disturbingly resembled that of Gabriel in several ways, particularly the link between foster children with complex issues and the coupling of medication.

“He was too frequently shuffled from place to place,” Sewell by phone Friday. “All too frequently we put them on psychotropics because it’s easier for the schools or parents than really dealing with the problem. … We don’t adequately prepare caregivers or foster parents with enough resources to effectively deal with them.”

Another part of the problem, he said, was that DCF is underfunded with a large staff — currently about 13,000 — and the pay scales for that personnel are not competitive.

“(They) don’t pay worth a damn and the old adage, ‘You get what you pay for,’ is true here,” he said, referring to the state’s salary rate for DCF employees. “We need to make sure that the folks who are dealing with our children are the best and the brightest, and the most skilled.”