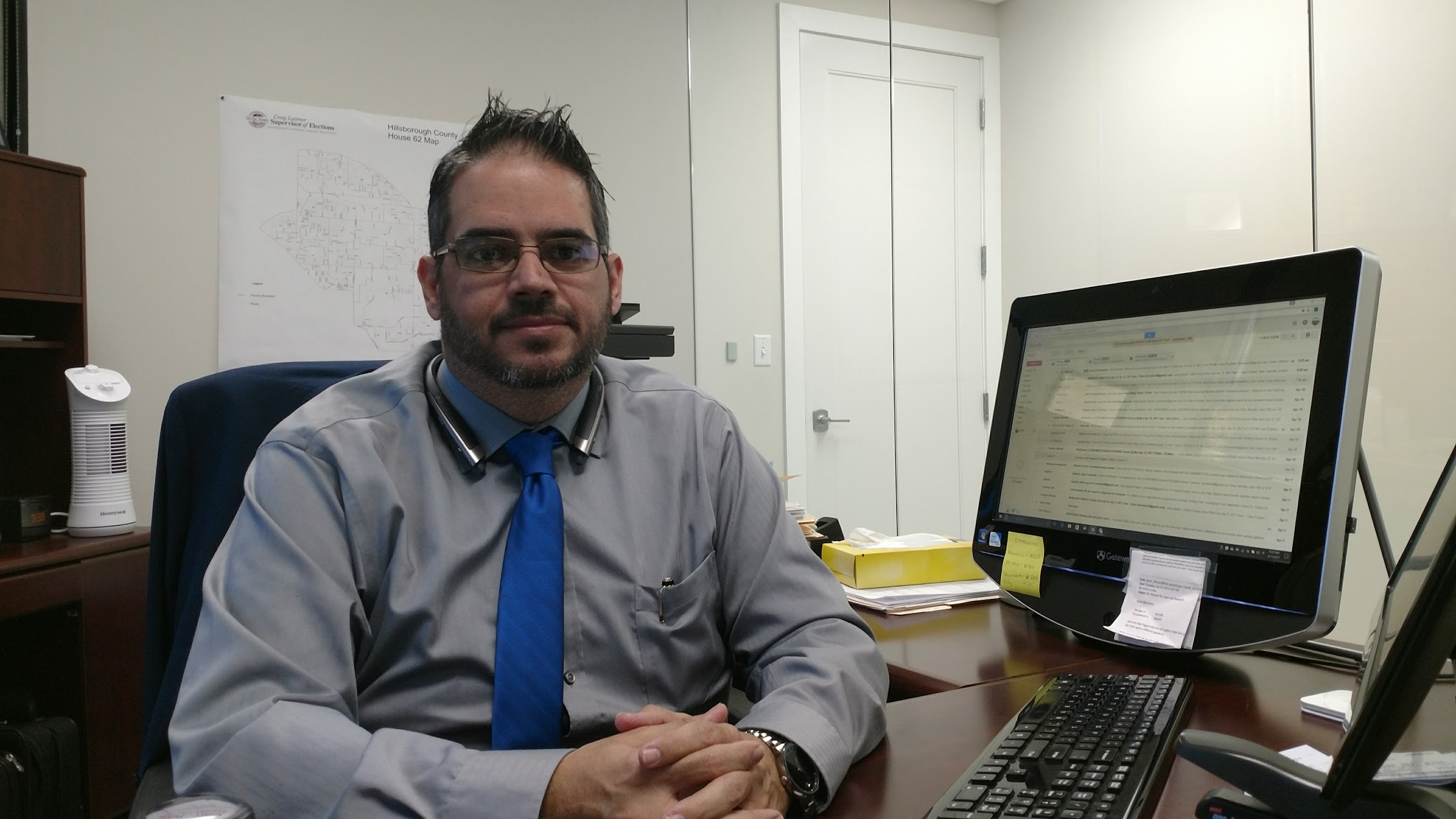 In declaring his candidacy early for the Tampa-based House District 62 seat, Carlos Frontela already demonstrates he’s learned from rookie mistakes made last year in his bid for the Hillsborough County School Board.

“I jumped in really late, two months before the primary,” he says, reminiscing about his ill-fated run for the District 7 seat ultimately captured by Lynn Gray last November.

“No time to really organize, no time to really gain any campaign contributions,” he says which is why he’s working on qualifying by petition to get on the ballot next year in the seat that will be vacated by a term-limited Janet Cruz.

The 42-year-old Frontela was born in Cuba and grew up in New Jersey before moving to Tampa in 2004. He owns his own small business, a document preparation service based in an office located near Raymond James Stadium in West Tampa.

“I think the Legislature could use somebody like me with business experience,” he said Tuesday. “I’m not necessarily a career politician. I can bring some sense of normalcy where I can reach across the aisle and do things a bipartisan process.”

Frontela looks forward to campaigning next year in earnest, acknowledging that with a full-time business and five children, it won’t be easy.

Frontela often speaks about working to find common ground with Republicans in Tallahassee to pass bills helping his constituents.

“That’s very important,” he says. “If you’re going to just go up there and play partisan politics, it’s not going to work.”

The subject prompts a riff on what Frontela calls a mistake by Senate Democrats in Washington opposing Neil Gorsuch, Donald Trump‘s first nominee for the U.S. Supreme Court. Gorsuch was sworn onto the court Monday.

“Neil Gorsuch was confirmed unanimously via voice vote to the 10th Judicial Circuit (of Appeals),” he recounts about that 2006 vote in which Chuck Schumer, Diane Feinstein and other Senate Democrats — those who opposed him last week — supported him 11 years beforehand.

“People can see clearly that was a show. It was partisan politics,” he says, criticizing his own party. The Democratic wall of opposition in the Senate led Majority Leader Mitch McConnell to break out the “nuclear option,” allowing just a bare minimum approval of 51 senators to confirm Gorsuch, versus the filibuster-proof 60 votes previously required to confirm Supreme Court no.

“Next time when a real, right-leaning conservative judge gets appointed, you’d have faith with the general public,” he says. “Now you don’t. You got the nuclear option. God knows a way right-wing justice will get through (next time) with just 51 votes.”

Regarding the battle between Republican Richard Corcoran and Rick Scott over Enterprise Florida, Frontela takes Scott’s side in believing tax incentives help businesses and communities.

He not only supports medical marijuana (though not the way the GOP-led Legislature is debating how to implement the matter) but the legalization of recreational marijuana as well. “We have two other drugs on the market that are completely legal and completely taxes, and they kill countless individuals every year,” says Frontela. “And those are alcohol and tobacco.”

“We have two other drugs on the market that are completely legal and completely taxes, and they kill countless individuals every year,” says Frontela. “And those are alcohol and tobacco.”

He considers raising the state’s minimum wage to at least $10 an hour his top issue, as well as restoring the civil and voting rights of ex-felons.

About last year’s presidential contest, Frontela is of the opinion that the Democratic National Committee “rigged” the primary fight between Hillary Clinton and Bernie Sanders in Clinton’s favor.

Frontera had a lifelong interest in politics, going back to when he was 13 and volunteered for the campaign of New Jersey Democratic Albio Sires, who in 1986 was running for Congress for the first time.

As a Cuban-American, Frontela supports the diplomatic breakthrough with the communist island led by Barack Obama in 2014.

Learn more about Frontela’s platform by going to his website: CharlieFor62.com.