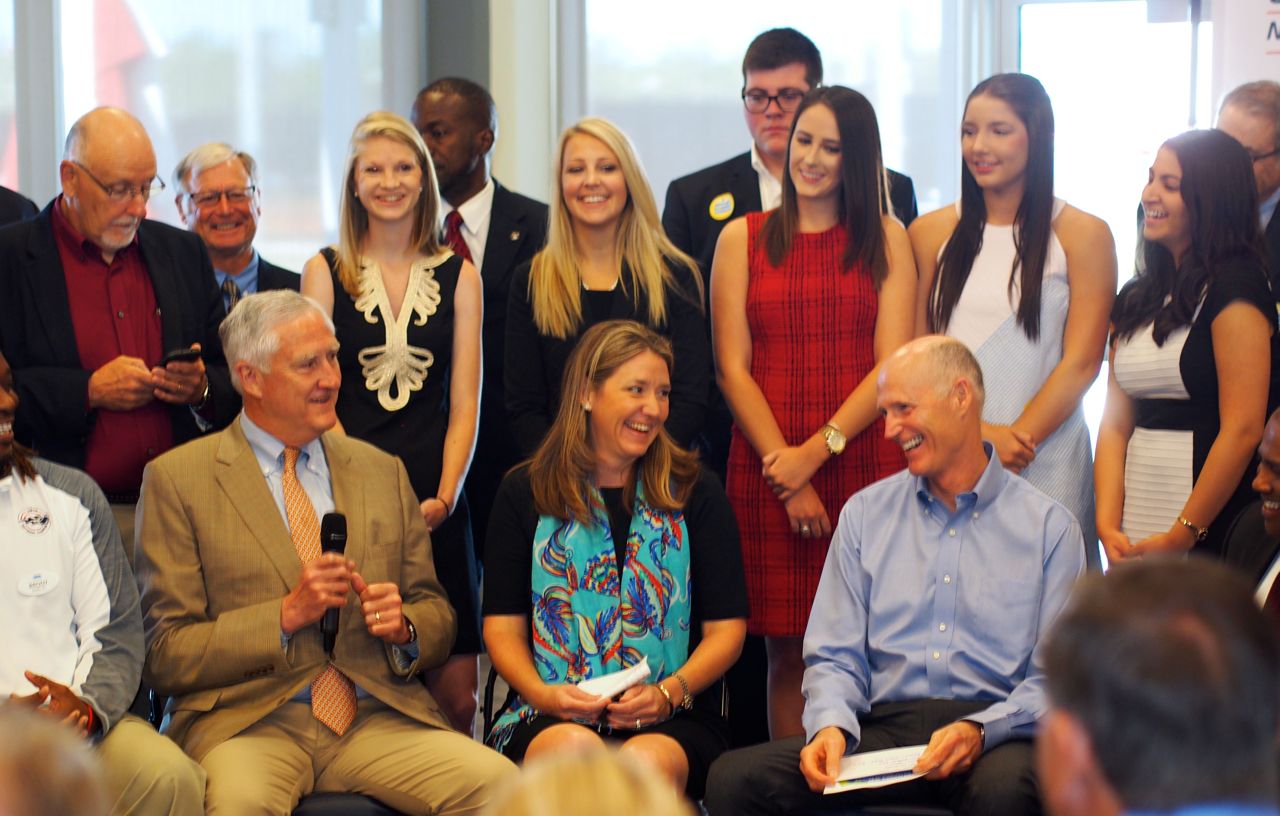 Surrounded by what’s billed as the world’s new center for tennis but yet also almost in the shadow of a failed medical research center, Gov. Rick Scott brought his plea for salvation for Enterprise Florida and VISIT Florida to Orlando’s Lake Nona community Wednesday – urging pressure on the mostly-Republican group of lawmakers set to bring them down.

“When we think about what the state’s doing now with regard to Enterprise Florida and VISIT Florida, we’re missing opportunities, if we’re not in the right place at the right time to make things happen,” Scott said.

Enterprise Florida and Visit Florida, Scott’s prize economic development and marketing organizations, are the targets of fellow-Republican House Speaker Richard Corcoran and others in the Florida Legislature who are convinced the organizations have grown fat and sloppy for years dolling out tax and other financial incentives and marketing efforts without sufficient accountability. Corcoran and other House Republicans are on a path to defund Enterprise Florida and severely restrict VISIT Florida.

So Scott and his economic team including Florida Department of Economic Opportunity Executive Director Cissy Proctor and VISIT Florida President Ken Lawson are on and extended tour of Florida preaching for the organizations’ salvations. They’re meeting with largely bipartisan gatherings of local political and business supporters who also want to keep the state business incentive, recruitment and marketing efforts available, extolling the successes, warning of dire drop-offs in business opportunities without them, and seeking to rally broader support.

This pitch came at the new $70 million USTA National Campus at Lake Nona, home to the United States Tennis Association headquarters and more than 100 pristine courts. The freshly-opened complex has become an Orlando poster child for the kinds of state and local efforts, including financial incentives and marketing and promotion that Enterprise Florida and Visit Orlando use.

The complex, said USTA Executive Director Gordon Smith, was “courted all over the country. The team that came together here including [Orange County] Mayor [Teresa] Jacobs, [Orlando] Mayor [Buddy] Dyer, the city, Visit Orlando, Visit Florida, the governor, worked together in a way that was unique.

“So, we’re bringing tens of thousands of visitors here every year,” Smith added.

For Scott, the facility is a perfect location to warn of the risks of not having an Enterprise Florida or VISIT Florida.

Scott’s latest pitch, however, also came less than two miles directly up Lake Nona Boulevard from the former Sanford Burnham Medical Research Institute, which has become a poster child for the occasional failure and overblown promises of public and private financial incentives. Sanford Burnham pulled out last year despite receiving about $350 million in incentives, and never achieved the levels of job generation, economic development, and technology prestige promised when Florida won a bidding war for it in 2006.

Scott’s voting rallies also include targeting a bipartisan collection of area House members who are voting with Corcoran.