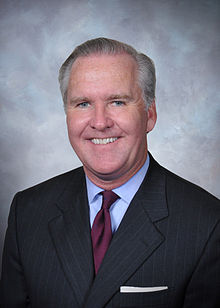 Today in New York City, a group of 20 Democratic Party mayors from around the country are taking part in a one day summit convened by Mayor Bill de Blasio to discuss immigration issues. Cities United for Immigration Action says that their mission is to “strengthen our cities by keeping families together, further growing our economies, and fostering additional community trust in law enforcement and government..”

Due to scheduling conflicts, however, Tampa Mayor Bob Buckhorn is not meeting in Manhattan today, but he says he’s fully supportive of what de Blasio is attempting to accomplish.

“I was invited to it, but I can’t make it,” Buckhorn said on Sunday while attending an event kicking off the city’s Coast Bike Share program in Water Works Park. “The invitation only came two weeks ago, but I’m absolutely supportive of it.”

On Friday, Florida Attorney General joined with 18 other Republican Attorneys General in suing President Obama for his recent executive order that shields up to 5 million undocumented immigrants from being deported. In a written statement, Bondi said the lawsuit wasn’t over immigration, but rather “is about President Obama-yet again-overstepping the power granted to him by our United States Constitution.”

“It’s a waste of time,” Buckhorn says of Florida joining the lawsuit. “I don’t think it’s good public policy. I think people need to recognize that we’re a nation of immigrants. My family came from Ireland 150 years ago. We are a country that is built on the labors and the backs of somewhere else, and are of different origin. And so we’ve got to find a solution, and merely sticking our heads in the sand, merely threatening litigation, doing nothing is not a solution. I think the president was right, I think it was a good first step, but I think Congress has to step up and do their part as well.”

In a press release, Mayor de Blasio wrote that the goals of the summit are:

There are no other mayors from Florida in the group meeting in NYC. Ben Kirby, a spokesman for St. Petersburg Mayor Rick Kriseman, said on Sunday that he wasn’t certain if the mayor had been invited to participate.

Meanwhile with the only previously announced mayoral candidate Becky Rubright dropping out of the race for mayor in Tampa, Buckhorn could automatically win re-election if another challenger doesn’t step up within the end of this month.