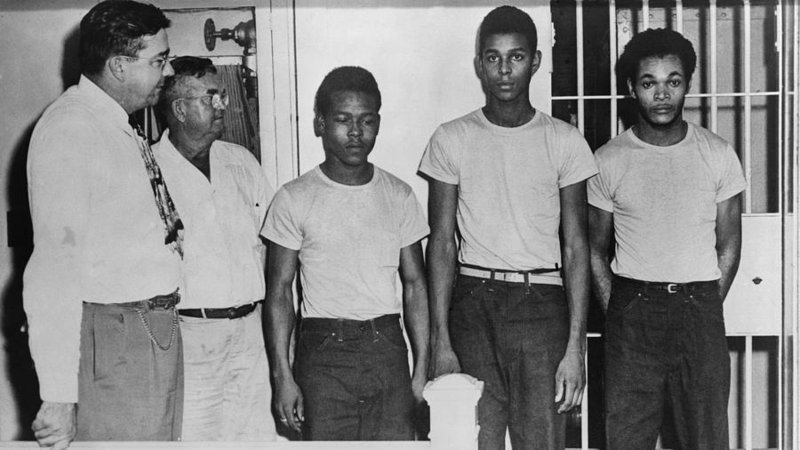 The House voted unanimously Tuesday to apologize to survivors of four African-American men who were brutalized in 1949 following a false accusation of rape.

The House also approved an apology to the survivors of abuse at the Dozier and Okeechobee schools for boys, and approved plans for memorials to children who died on the Dozier campus in Jackson County.

“The state of Florida was wrong, and we are sorry,” said Rep. Bobby DuBose said during a news conference in advance of the Groveland Four vote.

“Today, tears of joy,” said Carol Greenlee, daughter of one of the men, in a whisper, “for releasing my family from prison. For releasing my nieces, my son, my brother, from the dark cloud, the shame, and the stigma that have been put upon them.”

House Speaker Richard Corcoran called the episode “a dark cloud on our history. He said he hoped the apology and financial compensation would bring the family “along the road of feeling there is some justice in our society.”

“We can’t turn back the hands of time. But we can recognize when mistakes are made and try to rectify those mistakes,” said Sen. Gary Farmer, a Senate sponsor.

The resolution passed on a vote of 117-0. The Senate version has been set for debate on in that chamber.

The Groveland Four were four young men and teenagers who were falsely accused of rape in Lake County. All were beaten, two killed, and two convicted and imprisoned on what legal researchers now are convinced was false evidence.

The resolution, CS/HCR 631, and CS/SCR 920 in the Senate, declares that injustice was done toward Charles Greenlee, Walter Irvin, Samuel Shepherd, and Ernest Thomas, offers an official apology on behalf of the state of Florida, exonerates them, and urges Gov. Rick Scott and the Florida Cabinet to pardon Irvin and Greenlee, the two who lived long enough to be convicted and imprisoned.

“(W)e hereby acknowledge that Charles Greenlee, Walter Irvin, Samuel Shepherd, and Ernest Thomas, who came to be known as ‘the Groveland Four,’ were the victims of gross injustices and that their abhorrent treatment by the criminal justice system is a shameful chapter in this state’s history,” the resolution reads.

The Dozier/Okeechobee resolution, CS/HR 1335, approved 116-0, details the history of physical, mental, and sexual abuse by school staff from the 1940s through the 1960s. A forensic examination conducted between 2013 and 2016 uncovered at least 55 burial site at Dozier, 24 more than records indicated.

The resolution “regrets that the treatment of boys who were sent to the Arthur G. Dozier School for Boys and the Okeechobee School for boys was cruel, unjust, and a violation of human decency, and acknowledges this shameful part of the state of Florida’s history.”

Separate legislation, HB 7115, approved 117-0, would set up memorials to the Dozier students. Those killed in a 1919 dormitory fire would be interred in the Boot Hill Cemetery on the Dozier Grounds in Marianna.

Additional unidentified remains would be interred in Leon County, each with “an appropriate and respectful marker.” Additionally, memorials would be erected in Jackson County and at the state Capitol Complex in Tallahassee.