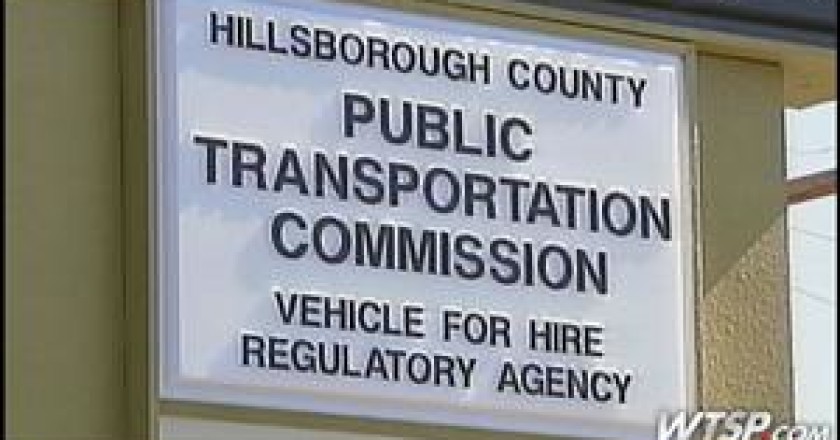 Among the bills Governor Rick Scott signed into law on Tuesday is HB 647, which eliminates of the Hillsborough County Public Transportation Commission by December 31 of this year.

The agency, originally created by a special act of the Florida Legislature in the 1970’s and the only one of its kind in the state, has been shrouded in controversy for years. It’s last executive director,  Kyle Cockream, remains under investigation for his handling of public records.

The PTC had been criticized for years by local lawmakers, but previous attempts to dismantle the agency consistently fell short.

That changed however, after extensive reporting about the agency’s handling of ride sharing services Uber and Lyft ultimately compelled the entire Hillsborough County delegation to agree to a local bill sponsored by Tampa Republican House member Jamie Grant that would dismantle the organization.

“The public has lost complete faith in the ability of this agency to regulate credibly, equitably and efficiently,” Grant declared in announcing his legislation.

The beginning of the end for the agency started in 2010, when Cesar Padilla, then the executive director of the agency, resigned after it was reported that he had been moonlighting as a security guard.

There was also the case of former County Commissioner Kevin White, was busted in 2008 for taking bribes for helping tow company operators to get permits in his role as PTC chair. White ended up serving three years at the U.S. Penitentiary in Atlanta.

The PTC caught the attention of lawmakers like Grant and Jeff Brandes after the PTC went after Uber when it introduced its Uber Black limo service during the 2012 Republican National Convention in Tampa. The PTC shut that effort down quickly.

And then came Uber and Lyft into Hillsborough County in the spring of 2014. As those two companies refused to comply with PTC regulations (as they did in other jurisdictions throughout the country), PTC agents began citing those drivers, leading to court actions and more than two years of fighting before an agreement bringing both companies into compliance occurred last month.

Hillsborough County Tax Collector Doug Belden and the Hillsborough County Sheriff’s Office are scheduled to provide an update to the Board of County Commissioners on Wednesday on how the transition of the duties of the PTC into other parts of Hillsborough County’s government are going. The county is also expected to sign an interlocal agreement with heath governments of Tampa, Plant City and Temple Terrace on regulating for hire vehicles.

previousSunburn for 6.7.17 - Special Session already not so special?; There's a bear in the election woods; David Richardson aims for D.C.; op-eds galore