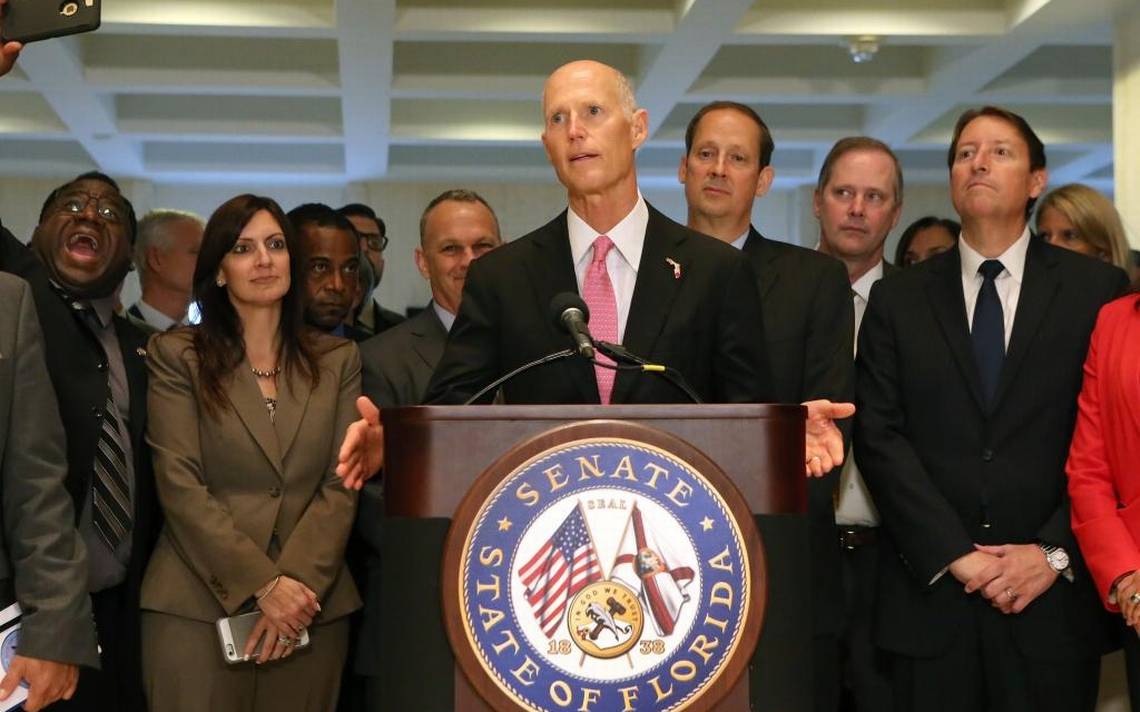 The Florida Legislature’s passage of a bill to enact the state’s constitutional amendment expanding the use of medical marijuana has ended one chapter in the battle over setting up regulations for the nascent industry. But pro-pot supporters say it doesn’t go far enough.

Once Gov. Rick Scott signs the bill, the principal backer of getting the amendment on last year’s ballot said he intends to sue over the law’s ban on smoking. John Morgan has been steadfast in saying that the 71 percent who voted for the amendment expected smoking as one of the ways to consume cannabis.

“I don’t know why they would object to anyone on their death bed wanting to use what they wanted to relieve pain and suffering,” Morgan said in a phone interview with The Associated Press on Friday night. “If they were really concerned about smoking, why don’t they heavily tax cigarettes?”

Morgan said he plans to file the suit in Leon County and has enlisted constitutional law expert Jon L. Mills, the dean emeritus of the University of Florida’s Levin School of Law, to help in the coming legal battle.

Senate Democrats made a last-ditch attempt to get smoking added, citing that nearly 90 percent of people who use it smoke it, but it was voted down.

The bill sponsors in both chambers have said there aren’t any scientific studies to show that smoking pot is more effective than other ways of ingesting the drug.

State Sen. Rob Bradley said during Special Session that if he spent his time responding to Morgan’s statements and tweets “then I’d be a congressman dealing with Trump.”

Rep. Ray Rodrigues said that “If he wants to sue us, that it is his prerogative. I am confident it can be defended in front of a judge.”

Vaping is allowed in the bill, but Rodrigues and Bradley could repeatedly not answer what the difference is between smoking and vaping.

Morgan, nonetheless, said he was pleased to see the Legislature pass a bill, instead of the rules-making process being left solely up to the Department of Health. But he said that in the end, the bill came down to special interests and not patients.

“At the very end we saw what most of the Legislature was about which was profits and not patient care or access,” he said.

Morgan though did laud House Speaker Richard Corcoran for advocating for a special session and for negotiating to craft a deal. Morgan called Corcoran the real winner of the session and said he will hold a fund-raiser for Corcoran next week in Orlando.

Besides smoking, one or more of the seven currently licensed distributing organizations could challenge the caps of 25 retail dispensary locations per licensee. The caps are due to sunset in 2020 and more can be added per 100,000 patients added to the medical marijuana registry.

According to the Department of Health, the state registry now has 16,614 patients. A recent state revenue impact study projects that by 2022 there will be 472,000 medical cannabis patients and $542 million in sales.

nextSources: Governor to sign HB 7069 in Orlando on Thursday