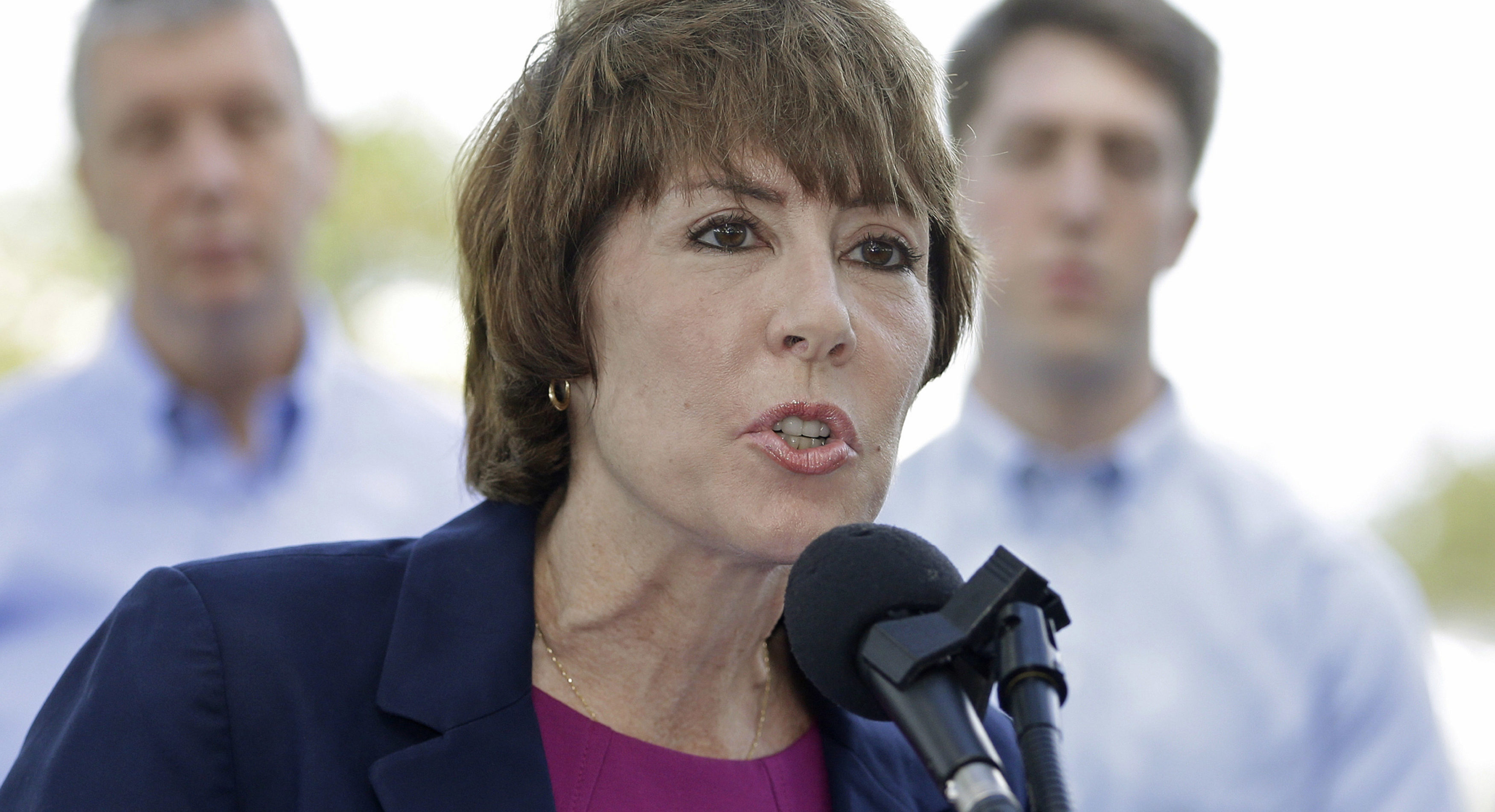 Democratic gubernatorial candidate Gwen Graham is releasing a three-part policy statement on dealing with climate change and Florida’s environment, starting with Florida pursuing compliance with the Paris Accords, something her two Democratic rivals have also endorsed.

The policy statement also calls for Florida, if Graham is elected governor in 2018, to ban fracking and oppose any expansions in offshore oil drilling, and invest in a clean-energy economy, starting with solar energy.

The trio of positions is not new for Graham. Neither of her Democratic rivals, Tallahassee Mayor Andrew Gillum and Winter Park affordable housing developer Chris King, disagree with her. Since opening her campaign Graham has sought to establish herself as a staunch environmental candidate, as in the tradition of her father, when he was governor 30 years ago.

King also has sought that ground.

With her new statement, Graham goes into further detail, expressing urgency following President Donald Trump‘s decision to have the U.S. withdraw from the Paris Climate Agreement.

“Florida is already suffering from the harms of climate change today. Rising waters threaten our beaches and coastal cities, droughts put our water supply at risk, and forest fires are raging across the state,” Graham stated in a campaign news release. “Yet, despite all the science and even plain old common sense, President Donald Trump is embracing disaster by withdrawing our country from the Paris Agreement. Let me be blunt: ignoring climate change will drown Florida’s future.”

Graham was the first candidate to vow that Florida would join Washington, New York, and California in an alliance to uphold the Paris Accord, though King and Gillum quickly followed.

She said joining the states’ climate alliance will mean working to cut carbon emission and investing in renewable energy.

Graham argued that fracking — an oil and gas exploration technology that involve the injection of hydraulic fluids to crack rock and access underground reserves — and oil drilling threaten Florida’s natural resources, including beaches and the Everglades.

She cited her work with Florida’s Democratic U.S. Sen. Bill Nelson to pursue a ban on oil drilling, and her support for Obama’s Clean Power Plan to shut down and clean up coal-fired power plants. She also contended she has a record of standing with local governments opposing fracking, which has been frequently cited for causing contamination of ground water.

“As the rest of the world and even other states move forward on fighting climate change, under Rick Scott and 20 years of Republican rule, Florida is falling behind,” Graham stated. “Renewable energy accounts for less than 3 percent of energy generation in Florida, our state has no renewable portfolio standard, and we are one of few states that outright bans power purchase agreements, which makes it harder for homeowners and small businesses to install solar panels.”

nextRay Rodrigues: 'We believe we will win' suit over medical marijuana smoking ban