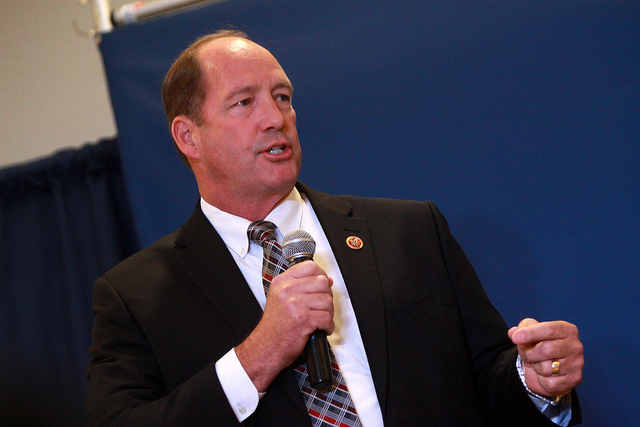 The lawmakers claim Housing First puts a tough strain on homeless shelters in Florida and across the nation.

GOP lawmakers say that policy, which actually began in the George W. Bush administration under former HUD Secretary Mel Martinez, “removed any incentive for independent housing programs to operate under a model that includes mandatory services, accountability, or sobriety.”

“In doing this, the Department has effectively used its administrative and regulatory power to impose national priorities on communities, forcing communities and providers to maximize services for certain populations — chronically homeless adults — at the expense of other equally worthy populations — families, youth, and children — and particular program models, regardless of local circumstances, needs, or a program’s effectiveness to lift participants out of poverty,” the legislators write.

Housing First emphasizes finding secure shelter in the community first, in contrast to homeless programs that insist on preconditions such as sobriety or psychiatric care and moving through transitional housing.

Yoho and his cohorts complain that HUD’s current procedures in proving such assistance have come at the detriment of homeless families, youth, and children at risk.

Dawn Gilman is the CEO of Changing Homelessness based in Jacksonville. She submits the Continuum of Care grant application for Duval, Clay and Nassau counties, which is in Yoho’s district,  where veteran homelessness has dropped in her region by over 80 percent since adopting the Housing First policy.

Regarding the criticism by Yoho (and others) that families and youth are not being served as well under Housing First, she considers that as more of a resource issue.

“We have limited resources, so each community has to prioritize,” she says. “HUD gives us an incentive, to prioritize for those most vulnerable.”

Similar reductions in homelessness in communities using Housing First has been duplicated around the nation.

For example, under Housing First, the state of Utah has reduced their number of homeless people from nearly 2,000 people in 2005 to less than 200 as of the end of 2015, according to an NPR report.

In Colorado, officials reported a 73 percent reduction in emergency service costs for chronically homeless individuals with disabilities, for a 24-month period, as compared to the 24 months before entry under Housing First in 2012.

Sara Romeo is the CEO and executive director of Tampa Crossroads. She said it would be the absolute worse move by HUD to return to the old model to fight to end homelessness.

“The Housing First Approach is proven and we could actually see an end to homelessness in a few short years if everyone is following this new practice,” she says. “For over 50-years the shelter model did not end homelessness. The housing first model is actually working to humanely serve and assist homeless families. We have used this model to end veteran homelessness in Hillsborough County where our vet population has decreased from over 3000 to under 200 over the past 5-years. We should not continue to fund any agency who thinks the emergency shelter model is a means to ending homelessness.”

Over the years, Films has met with members of Congress like Bill Nelson, Marco Rubio, Al Lawson and John Rutherford, each of whom have been interested in what Changing Homelessness has been doing. She’s scheduled to meet with staffers from Yoho’s office soon.

Gilman says that while Florida definitely has a higher number of homeless families with children than in other parts of the country, there are better, more effective ways of dealing with that issue then to jettison the Housing First approach.