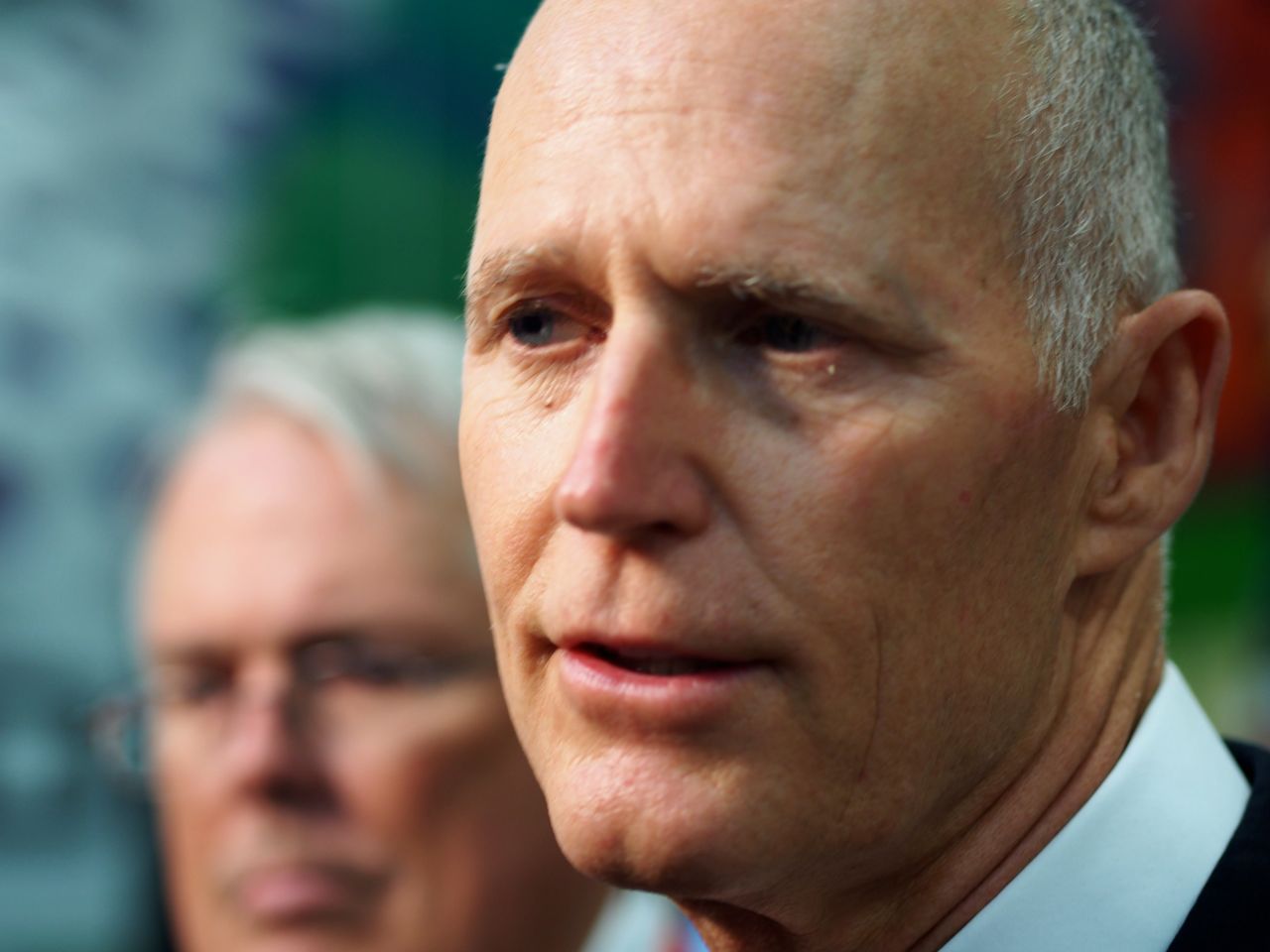 Gov. Rick Scott, a multi-millionaire who turns down the $130,000 annual salary that goes with his job, saw his personal wealth rise in the past year.

Scott on Friday filed financial information with the state that listed his net worth at nearly $149 million, or a jump of nearly 25 percent from 2015.

The Republican governor is a former health care executive who relies on income earned from a blind trust that is controlled by a long-time business associate. Scott, who does not break out the individual assets or stocks contained within the trust, stated it was worth more than $130 million at the end of last year.

Scott’s latest financial disclosure form shows that the governor received $4.35 million from his trust as income during 2016. Scott also owns two homes: A beachside mansion in Naples worth $15 million and a vacation home in Montana worth nearly $1.5 million.

Scott’s has drawn from his considerable personal wealth to help finance his two runs for office. Between the two races, Scott and his wife, Ann Scott, spent more than $80 million of their own money on the campaigns.

But the governor’s finances have come under fire. Scott has defended the use of a blind trust as a way to make sure he does not run afoul of conflict-of-interest laws, but critics have contended that the law has allowed the governor to shield much of his wealth from public view. They have also asserted he has not fully reported all of his assets.

Don Hinkle, a Tallahassee attorney, filed an ethics complaint in April that alleged Scott was not fully disclosing all his holdings because Securities and Exchange Commission records show that he controlled a family partnership set up by the governor and his wife.

Hinkle’s complaint contended Scott could have conflicts that have been shielded from the public.

Records show that the Florida Commission on Ethics dismissed the complaint during a closed-door meeting earlier this month. The ethics panel maintained that Scott has followed a state law that permits the use of a blind trust and that he had followed the disclosure requirements.

During his first run in 2010, Scott released his tax returns and a lengthy list of business holdings. But shortly after he took office, he received permission from the ethics commission to set up a blind trust. Amid a lawsuit over whether the blind trust complied with state law, Scott in 2014 briefly dissolved it and released information about his individual holdings.

That same year Scott released his joint tax returns with his wife that showed the Scott family earned millions more than the governor reported he earned individually.

previousTakeaways from Tallahassee — Don’t get 'skimmed'