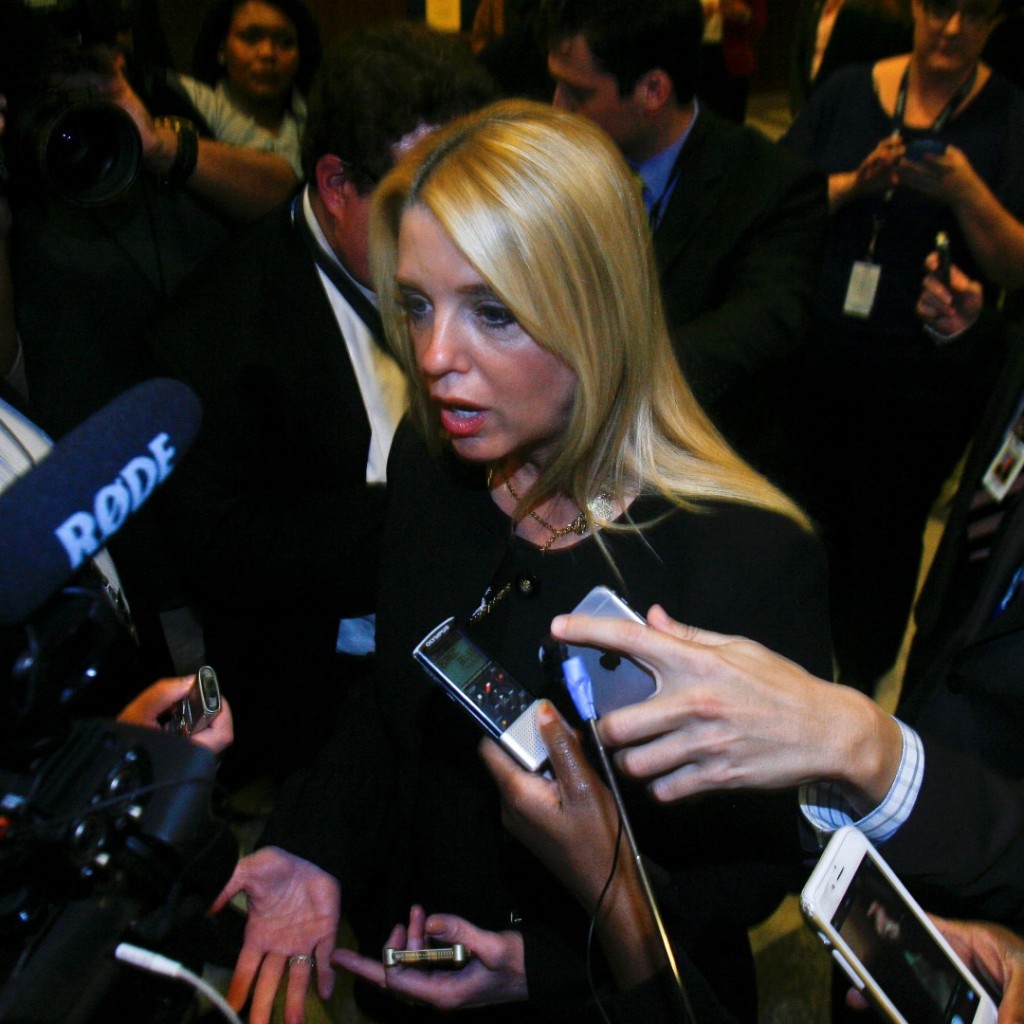 A Tallahassee-based circuit judge will hear arguments Monday in a lawsuit against Attorney General Pam Bondi that claims she forces businesses to pony up millions of dollars to unregistered charities as part of settlements in consumer protection cases.

The plaintiff, Orlando entrepreneur John D. Smith, was investigated on a consumer fraud allegation by Bondi’s office in 2015. He invented Storm Stoppers plastic panels as a “plywood alternative” to protect windows during storms.

He now argues that some of the unregistered charities Bondi makes settling parties give money to is her own “Law Enforcement Officer of the Year” award and various “scholarship funds designated by the Attorney General.”

Smith also said Bondi was wrongly directing contributions to her office’s nonprofit, Seniors vs. Crime, which is a “conflict of interest,” the suit says. Two of its directors work for Bondi.

Bondi, through Deputy Solicitor General Jonathan L. Williams, earlier responded that some of the organizations criticized by Smith aren’t “require(d) … to register (with the state) before receiving contributions from governmental entities.”

Scott Siverson, Smith’s attorney, also denied that Smith had settled his case with the Florida Attorney General’s Office. Many companies choose to settle in what’s known as an “assurance of voluntary compliance.”

“Apart from their initial threat letter to Storm Stoppers, the OAG never took any other action, and never sent a letter to Mr. Smith informing him that their investigation was concluded,” he said in a statement.

Since she first assumed office in 2011, Bondi’s office settled enforcement actions with 14 businesses in which they wound up paying more than $5.5 million to 35 unregistered charities, Smith’s suit says.

In a previous statement, Bondi called the legal action “meritless” and “harassment.” She now will be represented by Russell Kent, her special counsel for litigation, records show.

nextBaxter Troutman pours $2.5M of own money into his Ag Commish campaign