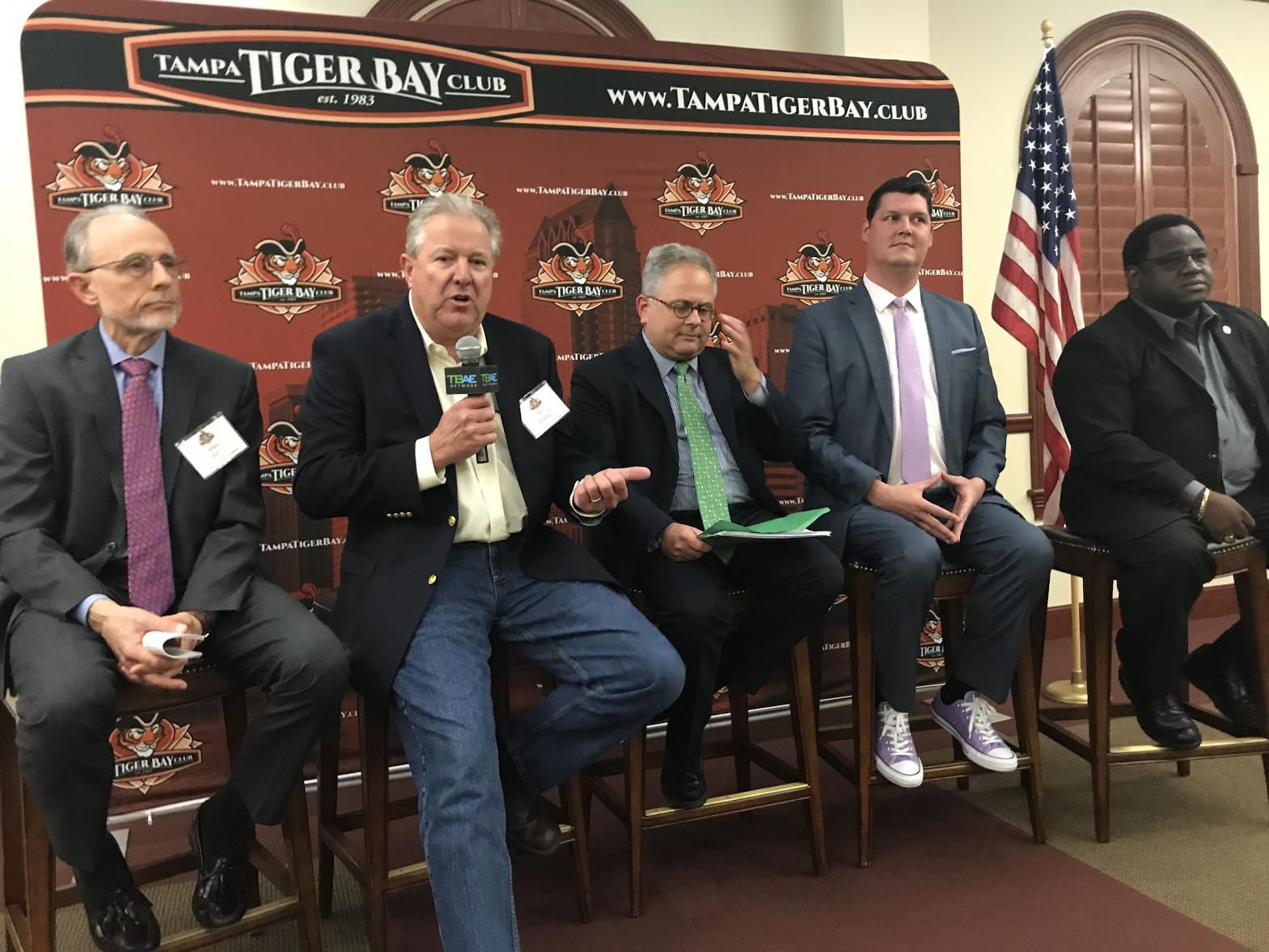 While it won’t go into effect for another year and a half, the expected passage of a Florida constitutional amendment expanding the homestead exemption is already giving local officials severe headaches.

State lawmakers who supported it said the average homeowner would save about $275 per year, based on the statewide average home value of $220,000 and an average tax rate of 10 mills ($10 for every $1,000 of taxable property value).

Local government officials statewide are already assuming taxpayers will support the measure and are already beginning to budget accordingly.

In calling for an increase in the city of Tampa’s millage rate for the first time in 29 years on Thursday, Mayor Bob Buckhorn attributed part of the reason to the fact that passage of the amendment would reduce approximately $6 million in revenue to his city’s budget.

Tampa City Councilman Harry Cohen acknowledges that while that reduction may appear modest in a proposed $974 million budget, it will cut funding that would otherwise be used to expend on sidewalks, fixing potholes, making stormwater improvements and funding parks and recreation.

“I think it’s very important as we evaluate these tax policies, that we understand that the money for these things that we want has to come from somewhere,” Cohen told a Tampa Tiger Bay Club audience gathered at the Ferguson Law School School on Friday. “We’re all sensitive to the tax burden, but local government does have to be paying for the things that people expect of us.”

“It will be a litmus test for what kinds of things should government do, and how much,” said Hillsborough County Administrator Mike Merrill.

Merrill added that if the amendment passes, Hillsborough would have its budget reduced by $30 million in its first year. That would be on top of the fact — like most local governments in Florida — the county is still contending with the aftermath of the Great Recession starting in 2007, which began bringing in dramatically lower property tax revenues.

Merrill said that the size of his county’s government is 25 percent smaller than it was a decade ago, still down $100 million in general revenues.

Robert E. Weissert, the executive vice president and counsel to the president and CEO for Florida TaxWatch, also doesn’t support Amendment 1, because of the inequity it creates. Though that sentiment might surprise those who assume TaxWatch is an anti-tax organization, Weissert says it shouldn’t.

“It’s just a tax shift,” he said, with local governments shifting from owner-occupied homes to businesses and non-homestead properties, such as vacation homes and apartment complexes. He also noted that the higher exemption would protect the state’s 29 poorest counties from losing any more property tax revenue.

Local government officials have complained for months about maneuvers by the Florida Legislature which they call an assault on home-rule. Add to that sources of income like the communications services tax which have dried up significantly over the past decade as fewer people use landline telephones, and Cohen said cities are becoming like “discount airlines.”

“We’re basically making it so that we live on a cheap carrier, where you can’t get peanuts, you can’t check a bag, and you have three inches left on your seat,” quipped the Tampa Council member. “Eventually it’s going to become very, very uncomfortable for the people who live here because we are degrading the quality of our lives.”

Getting the homestead exemption expansion on the 2018 ballot was a top priority for House Speaker Richard Corcoran during the 2017 legislative session. When asked to justify the amendment while speaking in Tampa last month, Corcoran said: ” I care more about the people of this state than I do the governments of this state.”

And Corcoran dismissed what he seemed to say were crocodile tears by local government officials.

“The concept that you can give somebody a $25,000 homestead exemption and put in on the ballot, and the result is this: that local governments have only two choices — they have to raise taxes, or cut essential services that really benefit their local community, is absolute crap,” he said.

Corcoran’s drive to get the measure on the ballot was noted Friday, and not positively.

“I think the motivation behind this was Richard Corcoran running for governor,” Braswell said.

“I have no comment on that,” Merrill followed up.