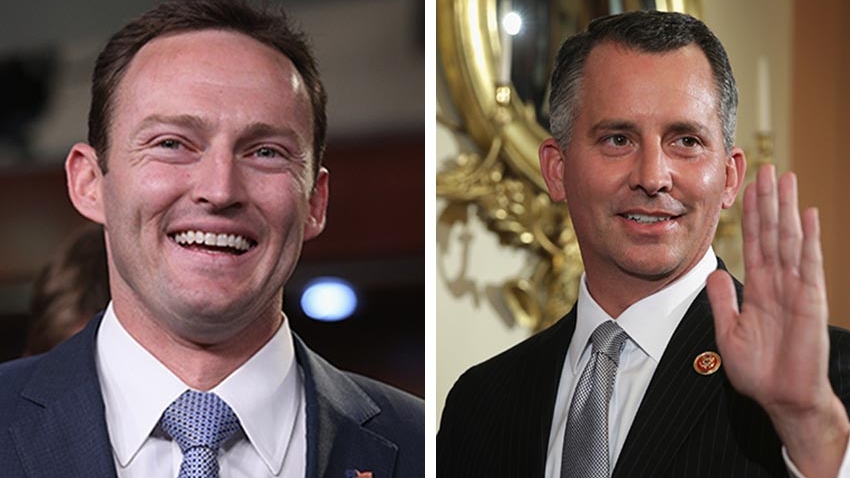 Former Florida Congressmen David Jolly and Patrick Murphy will tour college campuses this fall, where the onetime U.S. Senate rivals will try to explain why politics in Washington is so screwed up.

“Why Gridlock Rules Washington and How We Can Solve the Crises” will feature a town-hall style format moderated by members of the media and academics, with a question-and-answer session to follow.

The first stop is Sept. 12 at the University of South Florida in Tampa.  The 75-minute event will be sponsored by USF and the Tampa Bay Times.

Jolly, a Republican from Pinellas County, won the special election in early 2014 to succeed the late Bill Young; he was re-elected later that year. He lost his bid for re-election last fall to Democrat Charlie Crist after his 13th Congressional District was redrawn up with plenty more Democrats after the Florida Supreme Court ruled that the district had been illegally drawn up by the Florida Legislature.

“I think what Patrick and I are focusing in on is regardless of where you consider yourself on the (political) spectrum, there’s a path forward to working together, and in this environment I don’t think there’s enough people speaking to that,” said Jolly, who describes himself as a “governing conservative,” willing to approach issues where few Republicans seek a compromise.

Murphy was a two-term Democratic Representative from Jupiter who narrowly defeated Republican Allen West in Florida’s 18th Congressional District in 2012. He was the Democratic Party’s nominee for U.S. Senate last fall but lost to GOP incumbent Marco Rubio.

“One of the biggest things that are frustrating Americans on both sides of aisle, and perhaps resulting somewhat in President Trump’s election, was the lack of progress that people have been seeing,” says Murphy, who said both he and Jolly agreed upon their election that there was common ground to be found on issues such as climate change, tax reform and the need for infrastructure spending.

During their short time serving together in Congress, the two men found ways to work together on those issues and more. There was the possibility that the two could have faced each other in the Senate race last year, but Jolly ultimately dropped out of the race once Rubio flip-flopped and decided he would run again for his Senate seat after his presidential ambitions collapsed.

Murphy says of all the problems with a dysfunctional Congress, gerrymandering is at the top. Jolly agrees but believes that districts should be redrawn in terms of electoral competitiveness, so that working across the aisle will be positive, instead of giving ammunition to political party officials to have that candidate “primaried” come election time.

Murphy recently agreed to serve as one of six fellows at Georgetown University’s Institute of Politics and Public Service this fall.

Jolly, meanwhile, has been ubiquitous on CNN and MSNBC this year offering unfettered criticism mostly at Trump. He says that while the tour isn’t about Trump at all, it clearly is designed to provide an alternative to politics in the Trump era.

You can find more information about the tour at fixwashington2017.com.