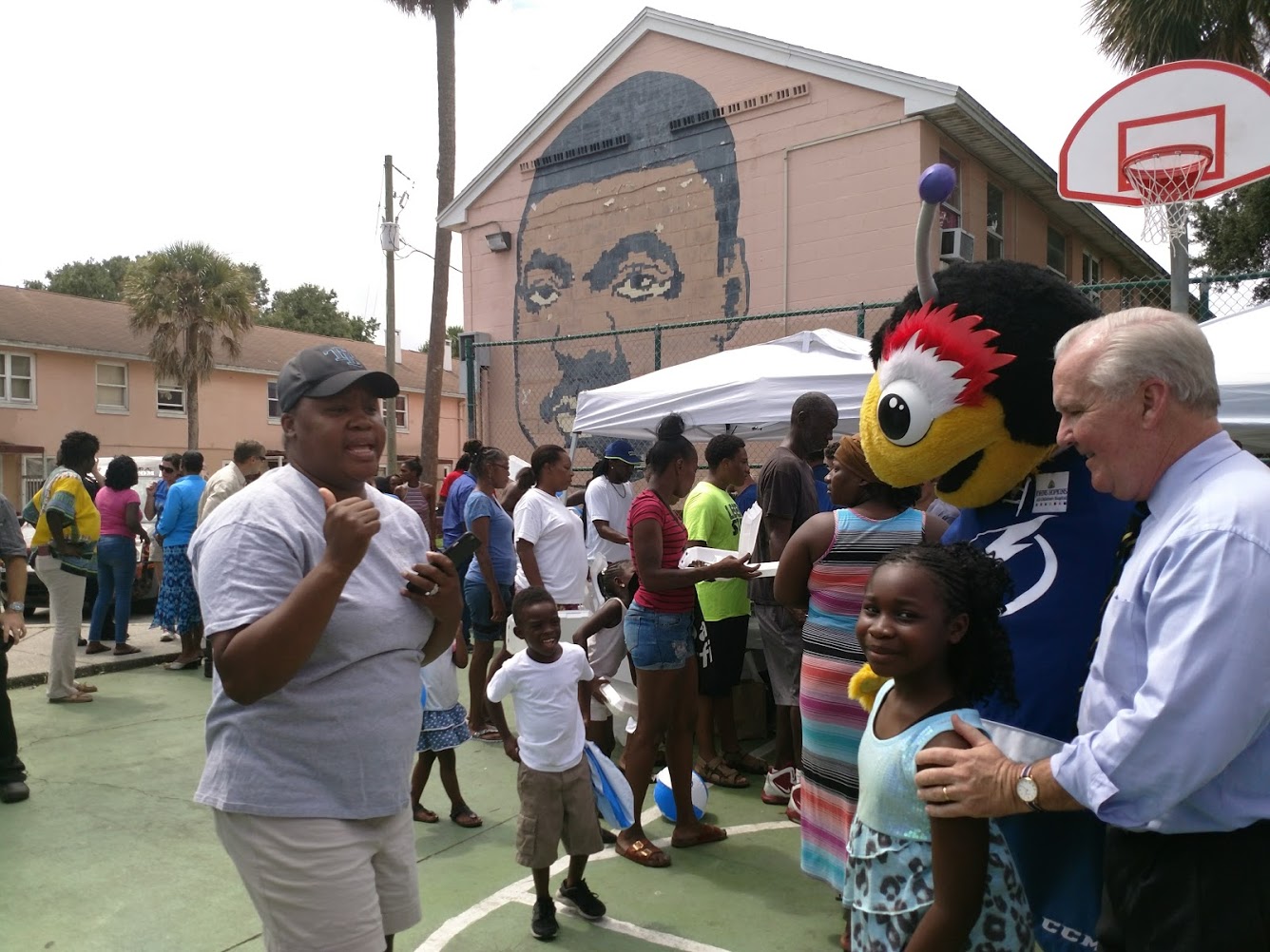 But in the next few weeks, after most of the cleanup efforts have been finished following Hurricane Irma’s blow Sunday night, Tampa’s mayor says there will be time to take stock of lessons learned for when another major storm makes its path toward the Bay area.

“There will be a lot of lessons learned. And that’s a good thing. That’s how we get better and better at it,” Buckhorn said during a visit to Robles Park Village Thursday afternoon as part of a free food and ice distribution that included other community activists and corporations like the Tampa Bay Lightning.

Thursday was the fourth day where thousands of his residents were still without power, though Tampa Electric seemed to be making more progress on its goal of having everyone in their service area back online by this weekend. It was also the hottest day of the week, making it extremely uncomfortable for those who have been sweating in the dark all week.

Buckhorn says that having a better relationship with TECO when it comes to hardening the power grid is a priority, citing the fact that over a third of the city’s sewage pumping stations lost power during the hurricane, resulting in an unknown amount of untreated waste water spilling into parts of the city.

“We’ve gotta find a way to buy generators or some other way to harden it so that even in a Cat 1 storm for a squirrel attack, they can’t knock the lines out,” he said.

New Orleans Mayor Mitch Landrieu called Buckhorn on Thursday to see how he and the city were faring post-Irma, one of several mayors from around the country who have inquired about how to help out. The Tampa Mayor said he directed them to contact officials in Jacksonville, the Keys and other parts of Florida that are suffering far worse than his city has.

In fact, there are 56 Tampa Police Officers that have been sent to help out recovery efforts in Charlotte County. “We’re doing our part to help those who got a whole lot worse than we did,” he says.

As has been the case throughout Florida, Tampa residents, businesses and nonprofits have come through in helping those out, the mayor said, referring to a public feeding held Wednesday night at Robles Park.

“I wish I had a nickel for everyone who has called me to say ‘what can I do to help? My power’s not on, but how can I help others. So I called Tim Marks at Metropolitan Ministries last night and said I need 500 Inside the Box meals. He said ‘done.’ So folks are stepping up and helping those who need the help themselves.”

nextThe Delegation for 9.14.17 — Insights from the Beltway to the Sunshine State