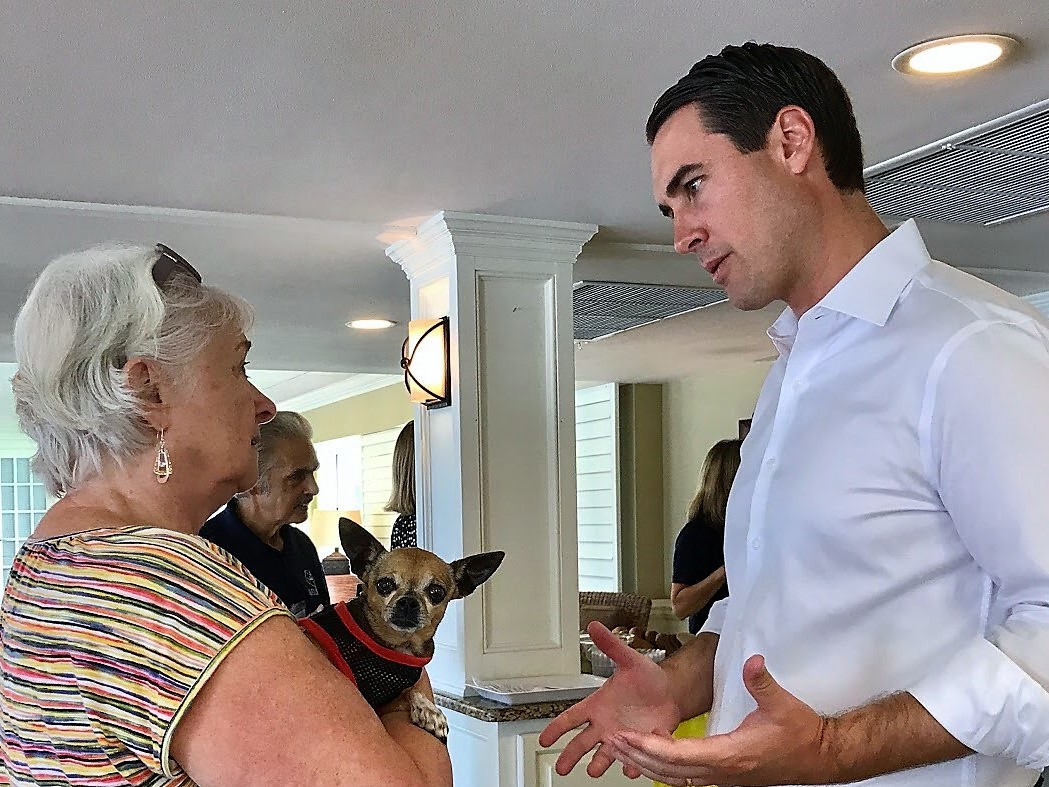 Democratic gubernatorial candidate Chris King is waiting like everyone else for investigative findings about why eight seniors were tragically left to die in a powerless Broward County nursing home in Hurricane Irma’s wake, but as an operator of senior housing facilities he said Friday it’s past time to talk about what to do long term.

King’s Winter Park-based Elevation Financial Group owns or operates numerous senior affordable housing centers in five states including Florida. He has made affordable housing and senior care programs focal points of his campaign since he entered the race for the Democratic nomination in early March.

On Friday, King visited two of the centers his company operates in Orlando and Sanford to meet with residents and staff about how they weathered the storm. Then, in an interview with FloridaPolitics.com, King lashed out over what he described as longtime state neglect of senior housing concerns that he said could have contributed the tragedy at the Rehabilitation Center at Hollywood Hills Wednesday morning.

“The Broward tragedy I think is another example exposing what I hope I’m getting across throughout the state, which is for a very long time there’s been very little leadership on housing and on aging issues,” King said.

“My concern is less on what happened in Broward and more the decision making that created that environment, and why we’re still not out of the woods in the larger issues of housing and aging, and why the state is in an absolute crisis,” he added.

“For two decades we have had no commitment to housing, to housing excellence, to housing access, to housing affordability. So the only time we really address is when we have a crisis,” King said.

He noted a failed 2006 bill that sought to require backup generators at nursing centers.

“The thing in Broward, as I see, and I’m very cautious not to judge prematurely, but it’s hard to imagine why we couldn’t get a law passed that you have to have full generator support in assisted-living or nursing-care facilities. There seems to be a lot of evidence that that would have prevented this,” he said.

King’s company does not operate either assisted-living or nursing-care facilities. Still, he expressed some empathy for the operators of such facilities, noting they face tremendous challenges with both preparing for and staffing during hurricanes.

“We’ll figure out the facts in Broward, and whether there was neglect or patterns. We’ll figure that out. What I’m looking at from my position, is was there any systemic lack of leadership?” King said. “My challenge as the storm was coming this way is I have communities in five states, but I have 900 senior affordable homes in Florida, all down the I-4 corridor…. So we had a pretty massive, comprehensive effort to protect all of those people.”

One of the properties his company manages, Lutheran Residences in St. Petersburg, was evacuated. One, Serenity Towers on the St. John’s in Sanford, lost power for 14 hours. He said they had no injuries at either.

“The important thing is systems can break and things can go wrong, and power can go out, and storms can hit, and employees can not show up. As a business leader, I appreciate all the things [that can happen,] and you’re responsible. And so you do the best you can and hope and pray and you hold your breath. But better results come when there are redundancies and when there is a commitment to excellence,” he said.

nextSome gubernatorial candidates return to the campaign trail; some don't