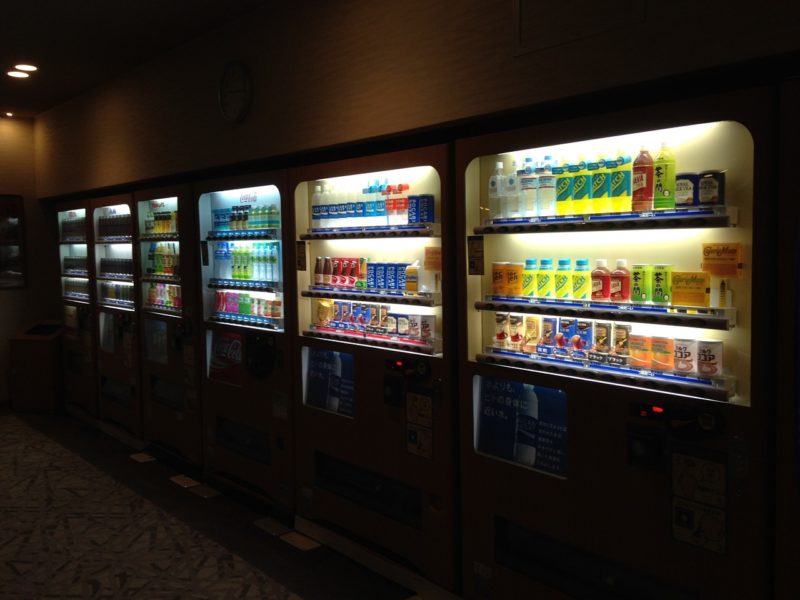 A newly-formed Miami-Dade company is seeking an OK from state regulators to install what it calls “self-checkout micro marts” with beer and wine.

Or, as one regulated industries lobbyist privately put it, “Hey, booze from vending machines? What could go wrong?”

Nothing, the company suggests.

La Galere Markets of Coral Gables, which filed articles of incorporation with the state in August, submitted its request with the Division of Alcoholic Beverages and Tobacco on Sept. 27, records show.

The company asked the agency for a declaratory statement that the machines would be legal under existing law and regulations.

Pennsylvania, for instance, in 2010 tried but ultimately pulled the plug on self-service “wine kiosks,” which verified age through a driver’s license scan and required customers to blow into a Breathalyzer. They were in some of that state’s supermarkets, where wine isn’t allowed to be sold.

“Besides (marijuana), it can dispense other items where positive identification is a purchasing prerequisite—pharmaceuticals, casino chips, alcoholic beverages or even guns.”

The company intends to place the micro marts “in residential condominium developments in several Florida locations,” the filing says. They would also sell food, including sandwiches and snacks, but the company does not have a liquor license.

Condo residents would have to go through “checkpoints” to get to the machines, including building security, and use their fingerprints to buy any alcoholic beverage.

Scanned prints would be in a “pre-approved” database. Moreover, the machines would be monitored at all times by surveillance cameras.

All that is to prevent minors’ access, the company says. To compare, the state now allows hotel mini-bars, “which have no employee supervision and generally lack anything other than superficial age verification,” the filing says.

La Galere’s president is listed as Rashid Siahpoosh, who couldn’t be reached Friday at his Miami office.

Sen. Jeff Brandes, a St. Petersburg Republican who sits on the Senate’s Regulated Industries committee, said he’d “be shocked if that’s legal.” The committee handles, among other things, alcohol-related legislation.

Brandes, informally known as a member of the Legislature’s “disruptive technology caucus,” has long championed shaking up the status quo, including supporting ride-booking services like Lyft and Uber, legalizing delivery drones, and allowing digital versions of state-issued licenses.

“Look, I’m open to considering all kinds of options, but (as a state) I don’t think that’s where we heading,” he said, referring to La Galere’s business idea.

Oscar Braynon II, the Senate Democratic Leader who also sits on the committee, laughed when told of the plan.

“I have never heard of that,” said Braynon, who’s from Miami Gardens. “There’s a smile on my face because I think that’s funny. But I don’t know if it would fly.

Braynon surmised getting ABT’s approval “would be a challenge,” he added. “But it might be a good idea … you know, go in, get your six-pack or whatever.”

“We know that whenever we increase access (to alcohol), we increase use,” she said. “I don’t want (condo residents) walking by the machine, thinking, ‘Some wine would be great right now.’

“I’m not freaking out about it, but as a society, do we have to be just a vending machine away from our booze?”