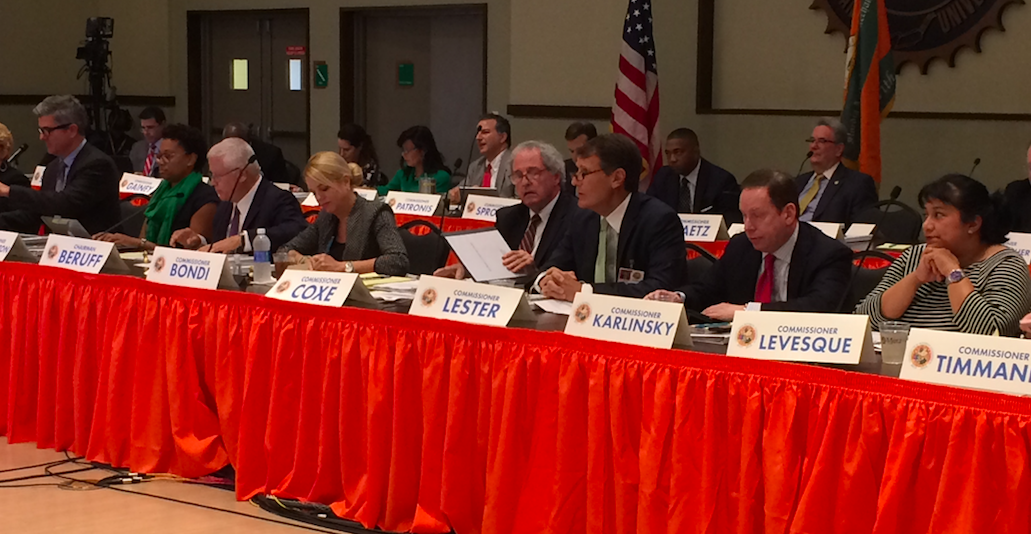 A proposed amendment to the state constitution tweaking the right to privacy sparked a debate over abortion when pro-choice advocates argued the new language would weaken access to the procedure.

The issue came up Wednesday during a committee meeting of the Constitution Revision Commission, which is reviewing and considering changes to the state’s governing document.

The proposed amendment would clarify that the right to privacy in the state applies to “privacy of information and the disclosure thereof.”

But the current privacy provision is also the basis for a landmark 1989 Florida Supreme Court decision that said it’s unconstitutional to require parental consent before a minor can get an abortion.

Pro-choice advocates were quick to note how changing this part of the constitution would affect women’s reproductive rights. Barbara DeVane, a Florida lobbyist for the National Organization for Women, said the change would “chip away” privacy provisions that courts have relied on when it comes to abortion cases.

During the workshop, Commissioner Erika Donalds engaged DeVane on her views of the proposal and asked if she cared about how children would be affected concerning their privacy rights.

“Well, I am concerned about young girls who are raped,” DeVane said.

Donalds said the proposal “would not affect” a woman’s right to an abortion, but instead would help protect children and minors who need parental involvement when seeking such a medical procedure.

Commissioner John Stemberger, an attorney and president of the conservative Florida Family Policy Council, is the sponsor of the proposal. It’s been scrutinized by the First Amendment Foundation, which said in a letter this week it would have a “dramatic” impact on the constitutional right of access to public records.

The proposal has been filed, but has not yet been referred to any committees. If approved by the full commission, it would go on the November 2018 ballot and would need 60 percent approval by voters.

“I urge you to preserve this right in the Florida Constitution,” DeVane said. “But if this goes on the ballot, once again, the people — the women in this state — we will prevail.”