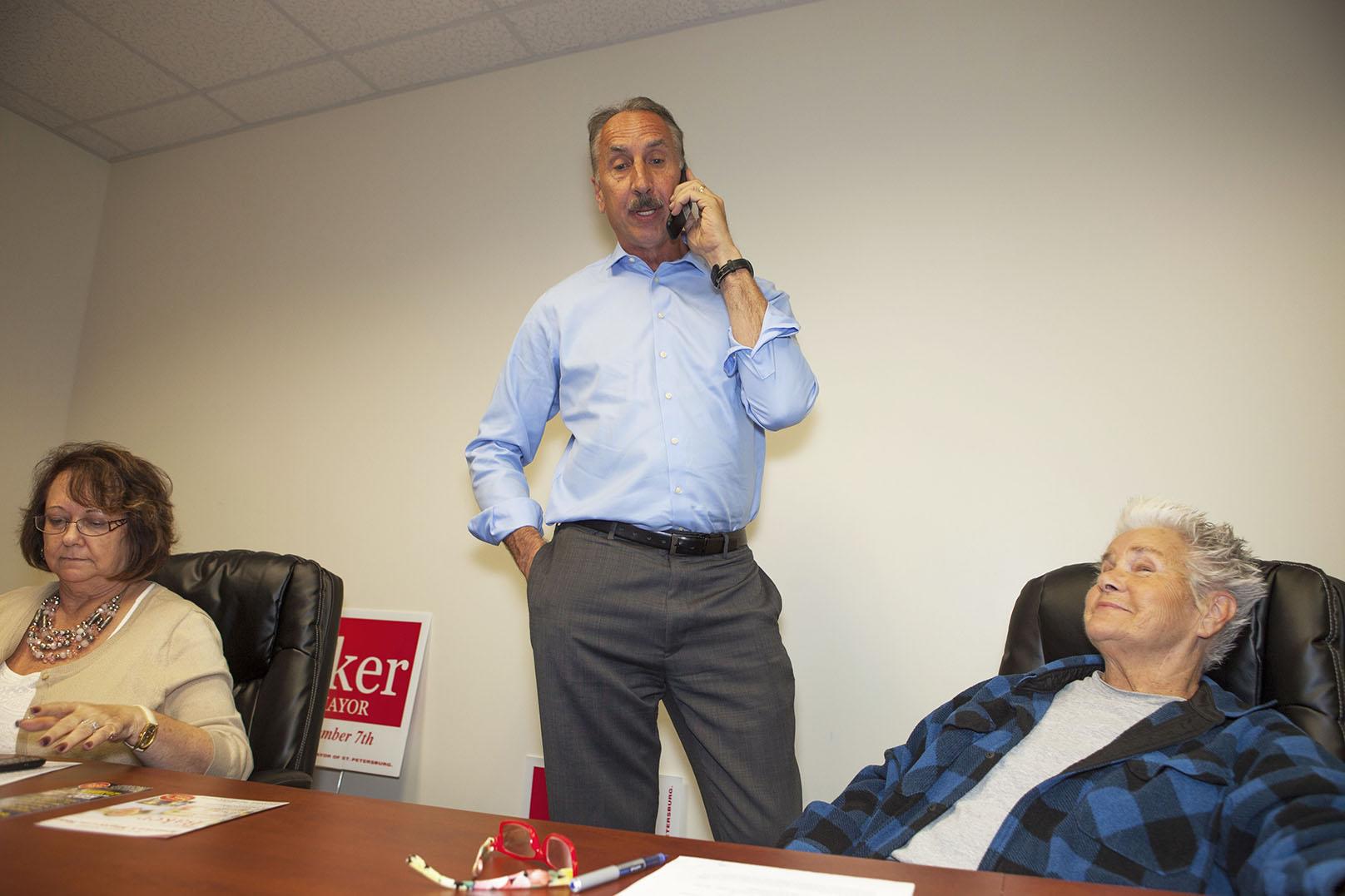 Rick Baker will take endorsements from a squad of ex-mayors over those from out-of-town politicos.

The comments from the former two-term mayor came after Tallahassee Mayor Andrew Gillum was the latest prominent Democrat to stump for incumbent Rick Kriseman during the final weekend of the city’s mayoral race.

“I honestly don’t think that’s going to help him,” Baker told reporters Saturday afternoon at a campaign office on 4th Street North where volunteers made phone calls on his behalf.

“I don’t think most people even know who these people are,” Baker said. “But I tell you who they do know – the former mayors of this city – and I’m proud that I’ve got every living former mayor of our city that’s endorsed my campaign.”

Baker believes it might be the first time in St. Pete history when every living former mayor has backed the challenger against an incumbent. It shows their confidence in his leadership, he added, and what they think of the current leadership in City Hall.

“I will take the people [who] have lived here and worked here to build our city,” Baker said, “over politicians coming from outside the state.”

At his campaign event with Gillum, Kriseman said he feared some of his achievements as mayor could be dismantled if Baker defeats him Tuesday.

Baker didn’t disagree, citing a number of issues from Kriseman’s record that he said he’ll happily repeal if elected.

“If his accomplishments are closing a sewage plant and dumping 200 million gallons of sewage into the bay,  yes, I intend to reverse that,” he said.

“If accomplishments of letting our schools go down, yeah, I intend to reverse that.”

The former mayor had two more picnics to attend Saturday. On Sunday, Baker will visit at least half a dozen different churches.