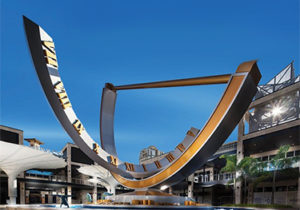 Hennessy Construction Services is the contractor behind some of the city’s most high-profile projects. Founded in 1920, Hennessy, through owner and CEO Bronson Alexander, has worked on several signature projects including the Mahaffey Theater, Shorecrest Preparatory School’s athletic center, Al Lang Stadium, the St. Petersburg Museum of Fine Arts, and the Don Cesar hotel.

Edwards is a mortgage executive and music producer who owns the Tampa Bay Rowdies soccer team and the Treasure Island Tennis & Yacht Club; he also runs the city’s Mahaffey Theater.

After the purchase, BayWalk was re-christened as Shops at St. Pete. Once major renovations were completed, the complex later reopened in May 2014 as Sundial, a high-end outdoor shopping, dining and entertainment center in the heart of downtown. Among the tenants include an 80,000-square-foot Muvico Theaters and Locale, a 20,000-square-foot epicurean market from nationally celebrated chef Michael Mina and restaurateur Don Pintabona.

According to a suit filed Oct. 31 in Pinellas County Circuit Court, Loan Ranger hired Hennessy in 2013 for the $11.5-million project to renovate BayWalk.

The contractor is seeking damages for breach of contract.