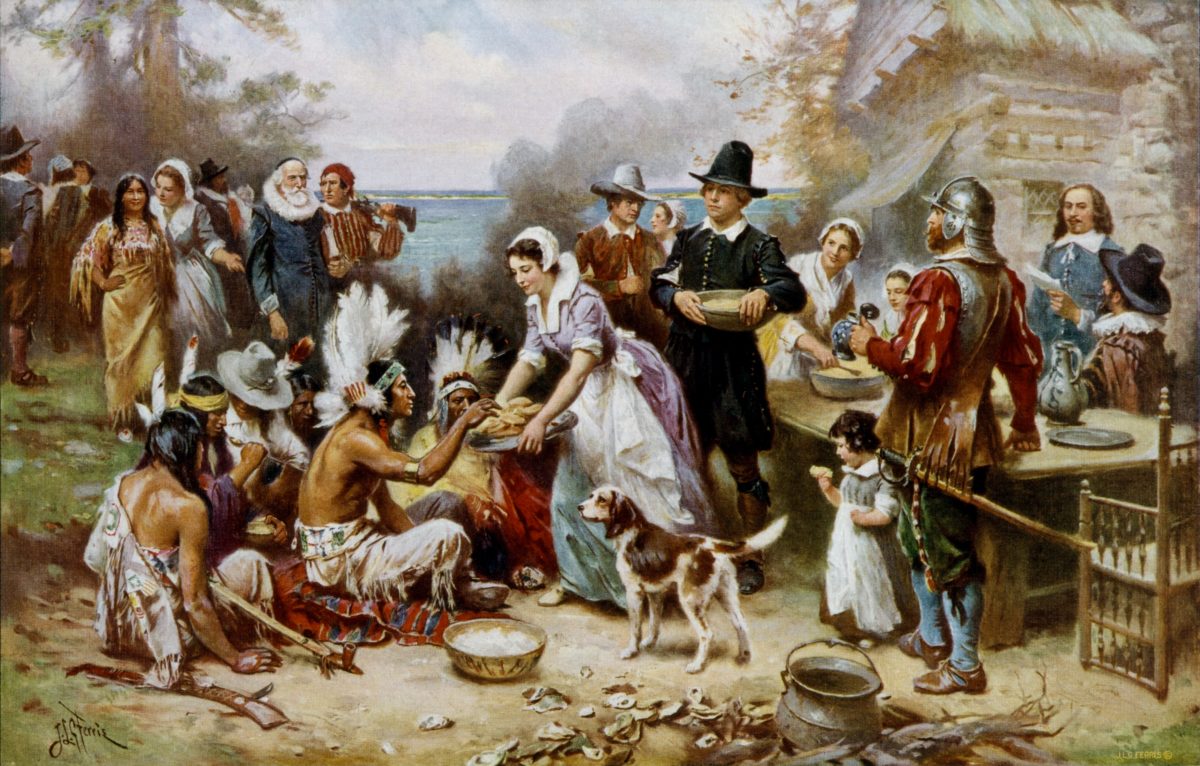 The nation’s real first Thanksgiving took place more than 50 years earlier near the Matanzas River in St. Augustine, Florida, when Spanish explorer Pedro Menéndez de Avilés and 800 soldiers, sailors and settlers joined local Native Americans in a feast that followed a Mass of Thanksgiving, according to Kathleen Deagan, distinguished research curator emerita of historical archaeology at the museum, located on the University of Florida campus.

UF retired history professor Michael Gannon wrote in his influential book on the subject that the event “was the first community act of religion and thanksgiving in the first permanent settlement in the land.”

This little-known chapter of history challenges the traditional Thanksgiving story, which reflects an Anglicized version of history and supports America’s colonial origins being viewed as solely, or at least primarily, British, said Gifford Waters, historical archaeology collection manager at the Florida Museum.

Waters said the meal probably took place near the mouth of present-day Hospital Creek on the Matanzas River, where today the Mission of Nombre de Dios and the Fountain of Youth Archaeological Park — the site of Menéndez’ original encampment and the first colony — are located. The feast followed a Thanksgiving Mass, which Deagan said was a common practice of sailors after a tumultuous expedition.

Besides salted pork and red wine, those in attendance ate garbanzo beans, olives and hard sea biscuits. The meal may have also included Caribbean foods that were probably collected when Menéndez stopped to regroup and resupply at San Juan Puerto Rico before continuing to Florida, Deagan said. If the Timucua contributed, it would likely have been with corn, fresh fish, berries or beans, she said.

Via the University of Florida News.

previousThanksgiving poems for family and friends

nextWild turkey: A different twist on a Thanksgiving favorite