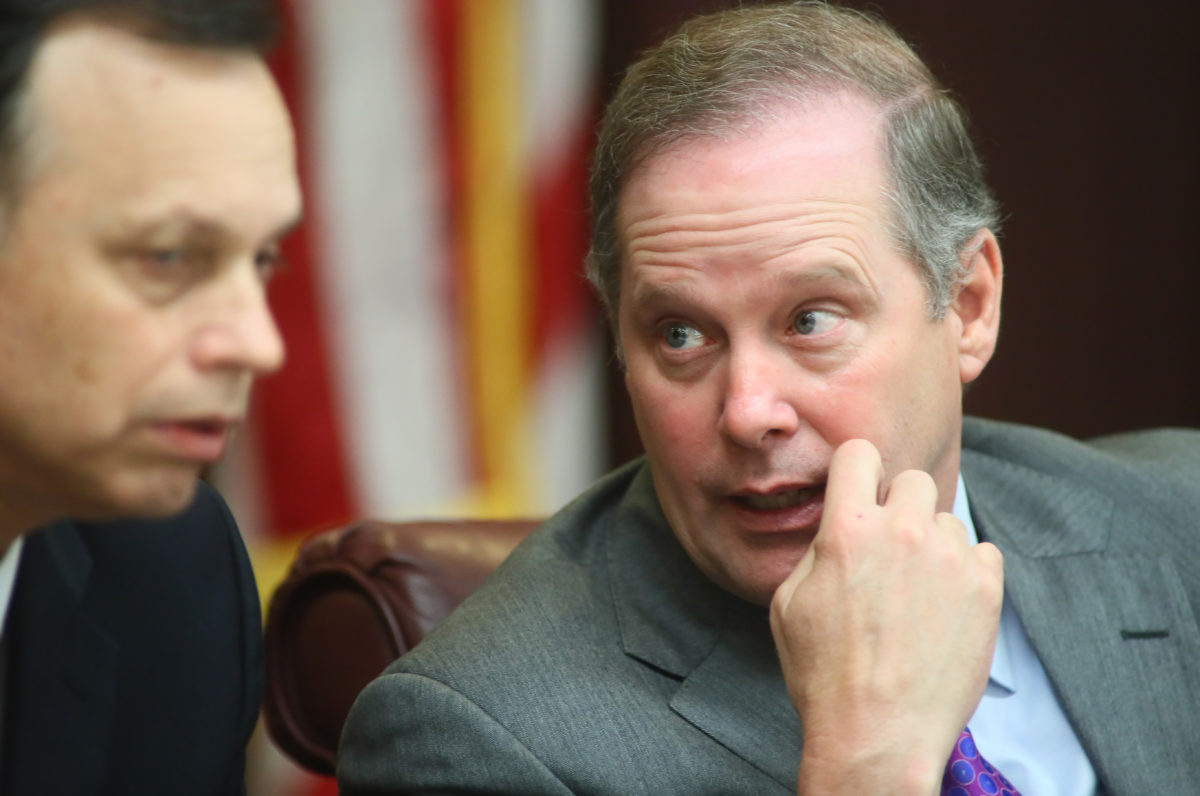 Simpson, a  Trilby Republican, is likely to take over as Senate President for 2021-22, brought in 75 contributions through Jobs for Florida, including nine contributions of $25,000 or more.

Topping the donor roll was the political arm of the Florida Manufactured Housing Association, which gave checks combining $67,500, followed by health insurer Florida Blue at $35,000.

Simpson’s committee also spent $110,000, including $47,670 in payments to Capitol Finance Consulting, a $25,000 contribution to Liberty Florida, and another $20,000 to Citizens Alliance for Florida’s Economy, chaired by uber political consultant Anthony Pedicini.

Simpson closed out the month about $2.16 million in his committee account.

Following Simpson was Republican Rep. Chris Sprowls, who is set to become speaker in 2021. He raised $190,000 for his political committee, Floridians for Economic Freedom.

The committee’s top donors for the month were Wal-Mart and Florida Blue, which chipped in $20,000 each, followed Windermere attorney Kimberly Russo and RAI Services Company, the parent of company RJ Reynolds Tobacco, both of which gave $15,000.

Spending came in at a modest $3,900, leaving Sprowls’ fundraising vehicle with $592,655 to work with heading into November.

A political committee tied to the Florida Transportation Builders Association gave $10,000, as did the Florida Chamber of Commerce, with convenience store chain Wawa chipping in $1,000 and Boeing tossing in $500.

Oliva’s committee raked in $145,000 with a similarly short donor list.

Conservative Principles for Florida took in five $25,000 checks for the month, one each from the Voice of Florida Business, the Seminole Tribe of Florida, Florida Blue, Florida Power & Light and JM Family Enterprises.

After paying DRC Consulting $10,000 and spending another $5,000 to sponsor a Miami-Dade Republican Party event, the committee closed out the month with $559,998 in the bank.