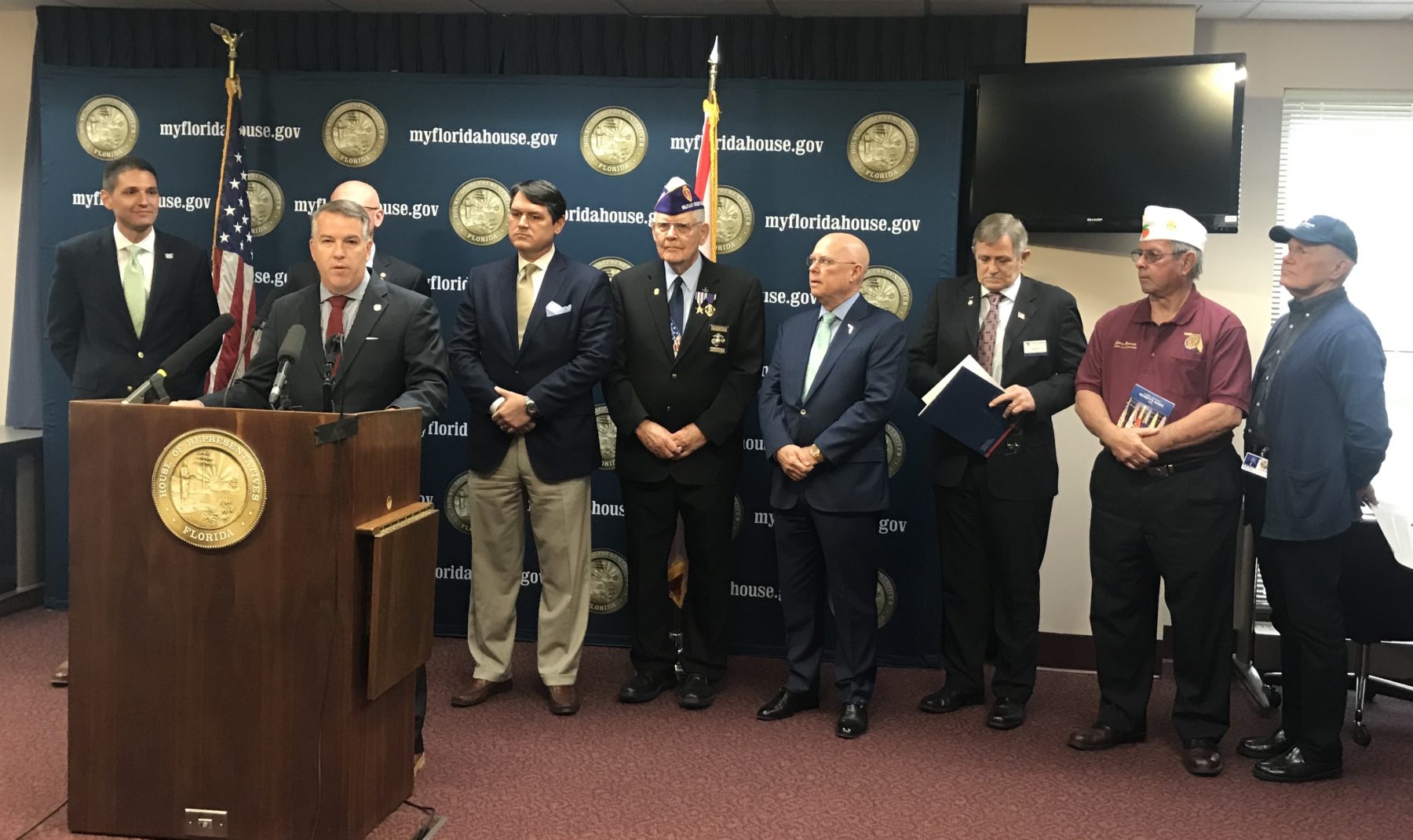 There’s a new collective voice in the Legislature for Florida veterans.

Composed of 16 state lawmakers, the Veterans and Military Families Caucus is a sizeable, bipartisan effort looking to secure legislation that would benefit former and current military personnel and their families.

On Thursday, the newly formed caucus announced their support for 22 pieces of legislation in the state House and Senate. Those bills range from addressing veteran identification issues to requesting state funds for the Florida Veterans Foundation, a volunteer organization dedicated to assisting the state’s veterans.

Caucus chair and Democratic Rep. Matt Willhite, of Wellington, said all five branches of the U.S. Military are represented in the caucus. The caucus had been active before but was dormant for some time. Willhite said he and Republican Rep. Danny Burgess, of Zephyrhills, reestablished the caucus after seeing how many legislators had ties to the military. Burgess is vice chair of the caucus.

“I was very impressed to learn how many veterans are in the Legislature,” Burgess said. He said the bills endorsed by the caucus “strongly command bipartisan support from members of the Democratic caucus and the Republican caucus.”

U.S. Army reservist and Avon Park Republican Rep. Cary Pigman spoke briefly and optimistically about the caucus to which he now belongs. Pigman said the effort will pursue its legislative goals with a “tenacity and resilience” similar to that of an active duty officer.

“That is what we bring to the Florida Legislature,” Pigman said. “I promise you that.”

The caucus in their first meeting elected late lawmaker Don Hahnfeldt, who represented Sumter and parts of Lake and Marion counties before passing away in December, an honorary member of the body. Hahnfeldt was a former submarine commander for the U.S. Navy.

“We know this would be important to [Hahnfeldt],” Willhite said.