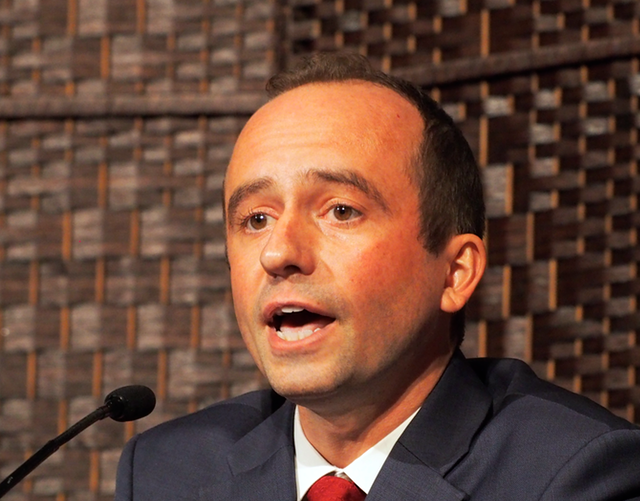 If elected, Democratic Attorney General candidate Ryan Torrens says he would not enforce Florida law that prohibits cities and counties from enacting their own gun-control ordinances.

Local officials who do enforce them can face a $5,000 fine.

“It is blatantly clear that Gov. (Rick) Scott and our state Legislature are not willing to lift a finger to set in place any common-sense gun reforms,” Torrens said. “So, if the leaders of Broward County are ready to take action to protect (their) children and families, then I am going to support those efforts.”

Mayors from some of Florida’s biggest cities have complained about the legislation for years, most prominently being Tampa Mayor Bob Buckhorn, a Democrat and gun owner himself, who decried how the law prevented him from banning guns in downtown Tampa during the 2012 Republican National Convention.

If elected as the state’s chief legal officer, Torrens promises not to pursue local officials for putting in place what he calls reasonable ordinances to keep their communities safe.

“This law is an illegal encroachment on the authority of localities to achieve the very compelling interest of protecting their children and families, especially when we have a state legislature that always puts the National Rifle Association (NRA) and their own reelection before the safety of our children,” Torrens said.

On Tuesday, every Republican member of the House present on the floor voted against a proposal to bring a stalled assault rifle ban, pushed by Orlando Democrat Carlos G. Smith, out of committee and up for a vote.

“We know special interest money has corrupted our politics. Now, it is abundantly clear that the influence of special interest groups like the NRA is not just corrupting, but deadly,” Torrens said. “The Florida GOP should immediately return all contributions from the NRA and stand up for what is right – protecting our children, families, and first responders.”

His stance is by far the most progressive of anyone entering the race.

The 32-year-old Hillsborough County attorney was the first Democrat to enter the contest in 2018. Current Republican Attorney General Pam Bondi is term-limited this year.

He’s since been joined by Tampa state Rep. Sean Shaw, a Democrat who has kept a relatively low profile on the campaign front since declaring his candidacy last month.

In fact, Fant has claimed that Moody has been insufficiently pro-Second Amendment in her record as a judge.