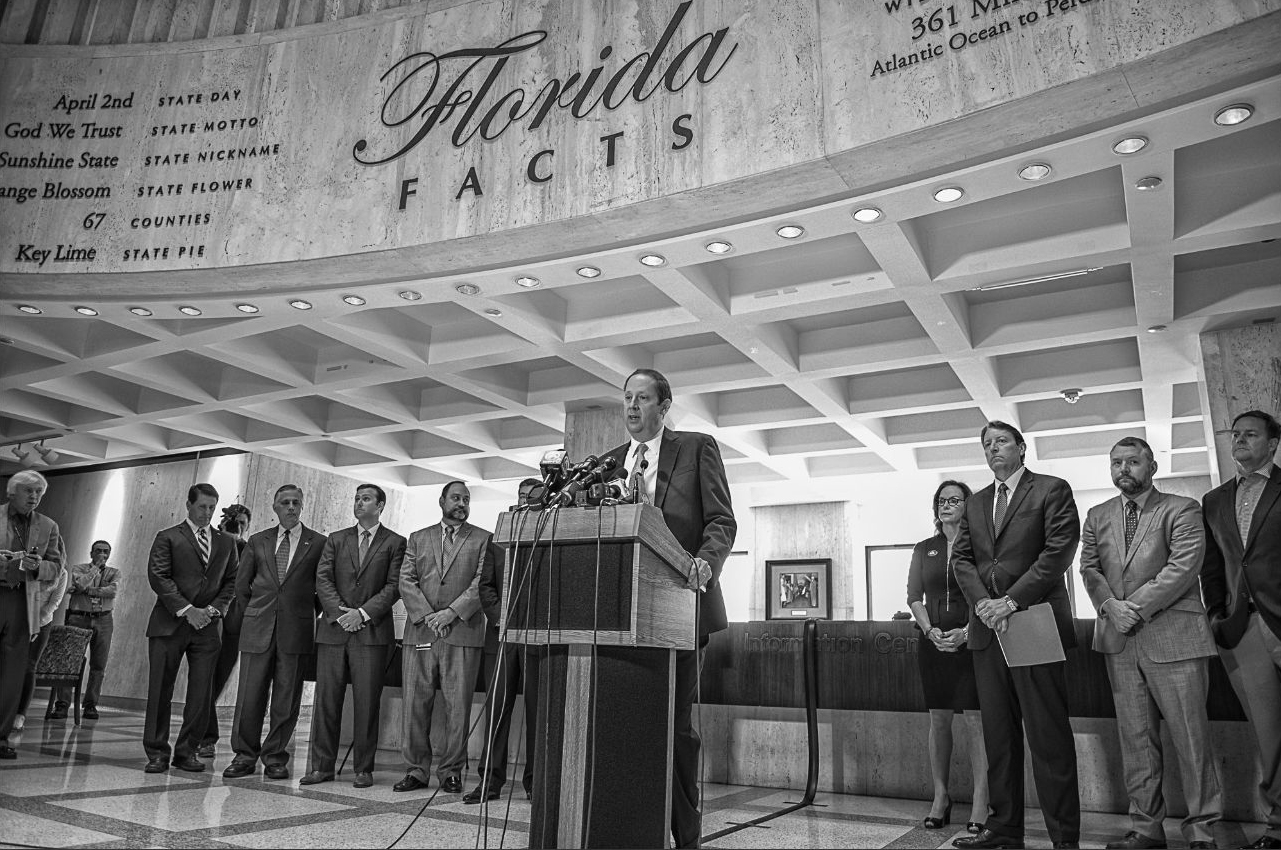 With less than two weeks before the end of the 2018 Legislative Session, the pot of money lawmakers must work with in order to craft a state budget is shrinking rapidly.

At work are two factors: one is a revised estimate for state tax and revenue collections, the second is the estimated cost of the proposals crafted in response to the mass shooting that killed 17 people at Marjory Stoneman Douglas High School in Broward County

“While the data for February is still preliminary, it appears that only a small fraction of the expected total was actually received,” the new forecast said.

The analysis places the blame on the delayed payments on Hurricane Irma, which had prompted the Florida Department of Revenue to extend the due dates for corporate income tax filers.

The Revenue Estimating Conference cut its projection for corporate income tax collections in 2017-2018 by $94.3 million and by $73.1 million in 2018-2019, resulting in the $167 million decline in the overall estimate. Analysts projected the shortfall would be negated when the delayed payments began coming in, but that has yet to happen.

Although lawmakers have not started formal negotiations on a new state budget, House leadership told FloridaPolitics.com Friday night that while allocations are not out, staff for the two appropriations committees have “opened up the columns,” a phrase used to describe when the House and Senate examine each other’s budget columns line by line so that they can match each other’s numbers. This is a necessary preliminary step in the budgeting process that allows legislative leaders to begin to formulate offers on allocations.

On Friday, Gov. Rick Scott and legislative leaders unveiled proposals to address school safety, gun laws and mental-health issues after the mass shooting in Parkland. House Speaker Richard Corcoran said at a news conference that lawmakers are expected to spend $400 million to $500 million on the issues, though details were still being worked out.

To bottom-line it: Friday was a very expensive day for the state of Florida. The downward revision of the revenue estimate ($167 million) plus the money for the school safety and gun laws ($400 to $500 million) means that lawmakers are working with half-a-billion dollars less than they were a week ago.

As one lobbyist who specializes in budgeting and appropriations described it to us, these new numbers are “game changers.”

nextAmy Mercer: It is not illegal to threaten a school shooting in Florida