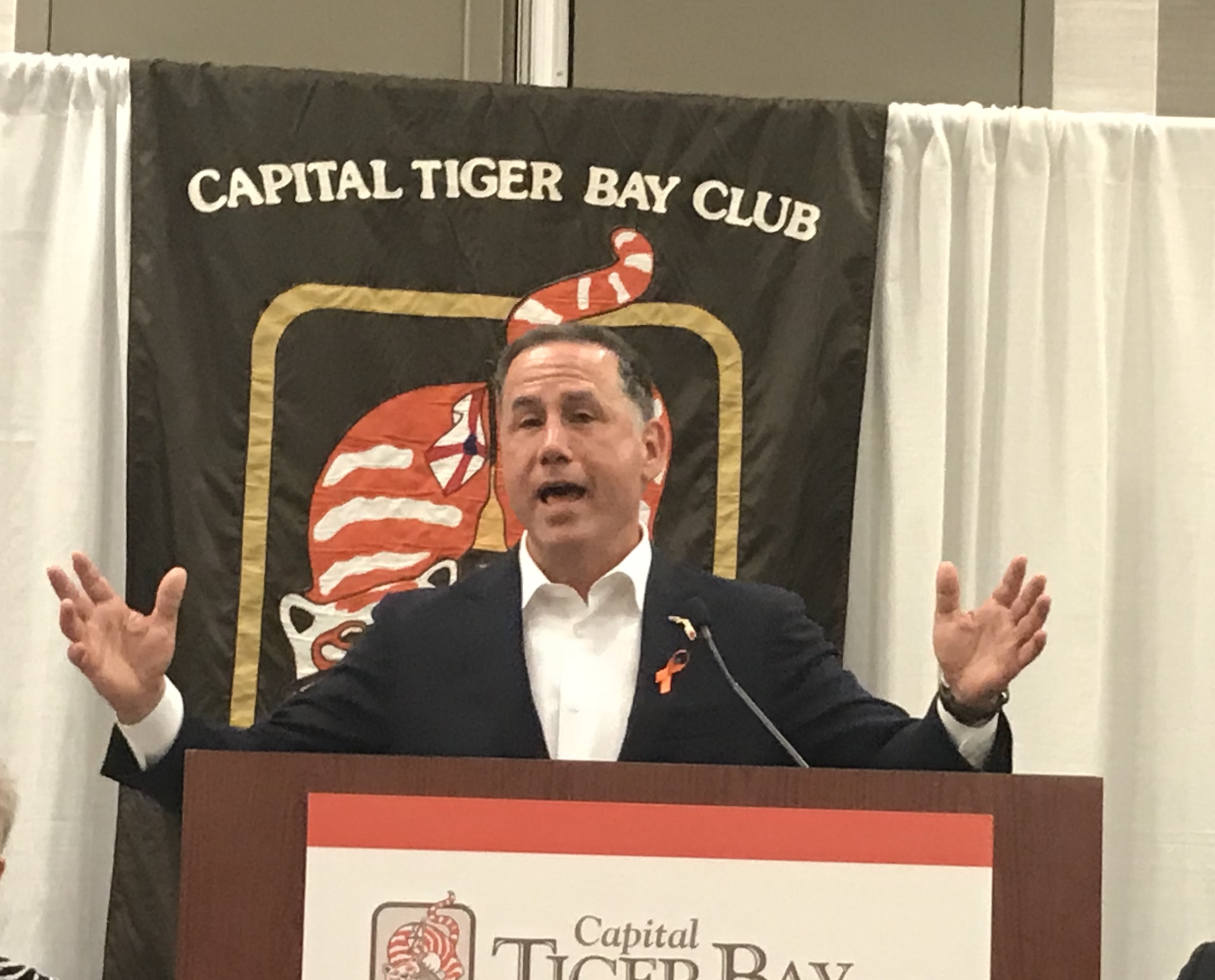 Tailing off a suggested early lead in the four-way Democratic gubernatorial primary, Philip Levine spoke Tuesday to Tallahassee’s Tiger Bay Club, a group that describes itself as a nonpartisan forum for all-things political.

Philip Levine, former mayor of Miami Beach, holds the ideology that local governments should be in charge.

And if he’s elected to the statewide office of Governor, he said those beliefs won’t change.

Tailing off a suggested early lead in the four-way Democratic gubernatorial primary, Levine spoke Tuesday to Tallahassee’s Tiger Bay Club, a group that describes itself as a nonpartisan forum for all things political.

Speaking to reporters afterward, Levine gave a glimpse of what his administration would look like if he were elected. Specifically, he said he’d fight for maintaining power in or returning it to local governments.

“Government works best when it’s closest to the people,” Levine said, referencing an ideology of Founding Father Thomas Jefferson. “I believe that’s what we need to get back to.”

During his talk to the Tiger Bay Club, Levine said he’d raise the minimum wage to a higher floor, giving municipalities the option to increase it further.

Regarding vacation rentals, which are provided by companies like Airbnb, Levine said local governments should be able to require short-term rentals to comply with zoning restrictions. He referenced his tenure as mayor and his fight against the emerging industry.

“Airbnb is a fantastic company, but the people in Miami Beach don’t want Airbnb because some people just don’t want a hotel next to their house, Airbnb may work just perfectly in Pensacola but it should be a local issue,” Levine said.

On gun restrictions being determined locally, a fight that has resurfaced in the wake of the Marjory Stoneman Douglas  High School shooting in Parkland, Levine again referenced his time as mayor as evidence he’s familiar with the fight against implementing ordinances that restrict guns more than what’s provided in state law. Currently, Florida preempts all gun restrictions to the state.

“We passed an assault-rifle ban in Miami Beach a while back,” Levine said, adding that he knew at the time the restriction would violate Florida Statutes. “We had a fight with Tallahassee through preemption.”

While speaking to the Tiger Bay Club, Levine was candid. He delivered his usual stump speech that includes his liberal record in Miami Beach and his humble beginnings, but he also peppered his discussion with a sense of self-awareness.

One example: He acknowledged that his demographic background — a Boston-born Jew — might stack the odds against him when he tries to appeal to a statewide audience, one that Pew Research Center estimates is 70 percent Christian.

“There are folks that say ‘Jesus, Mr. Mayor. How can a Miami Beach Jewish Democrat win statewide — I couldn’t see it in a million years,’” Levine said.

He also touched on intangible strengths — apart from his ability to spend immensely on early TV ads — that might be contributing to his early lead in the primary.

“[My campaign] happens to come from an area where, thank God, the majority of the population happens to live. It’s called South Florida,” Levine said. He added that most Democrats also live there. “We have a lot of people in this state that speak a language called Spanish and I happen to speak it fluently.”