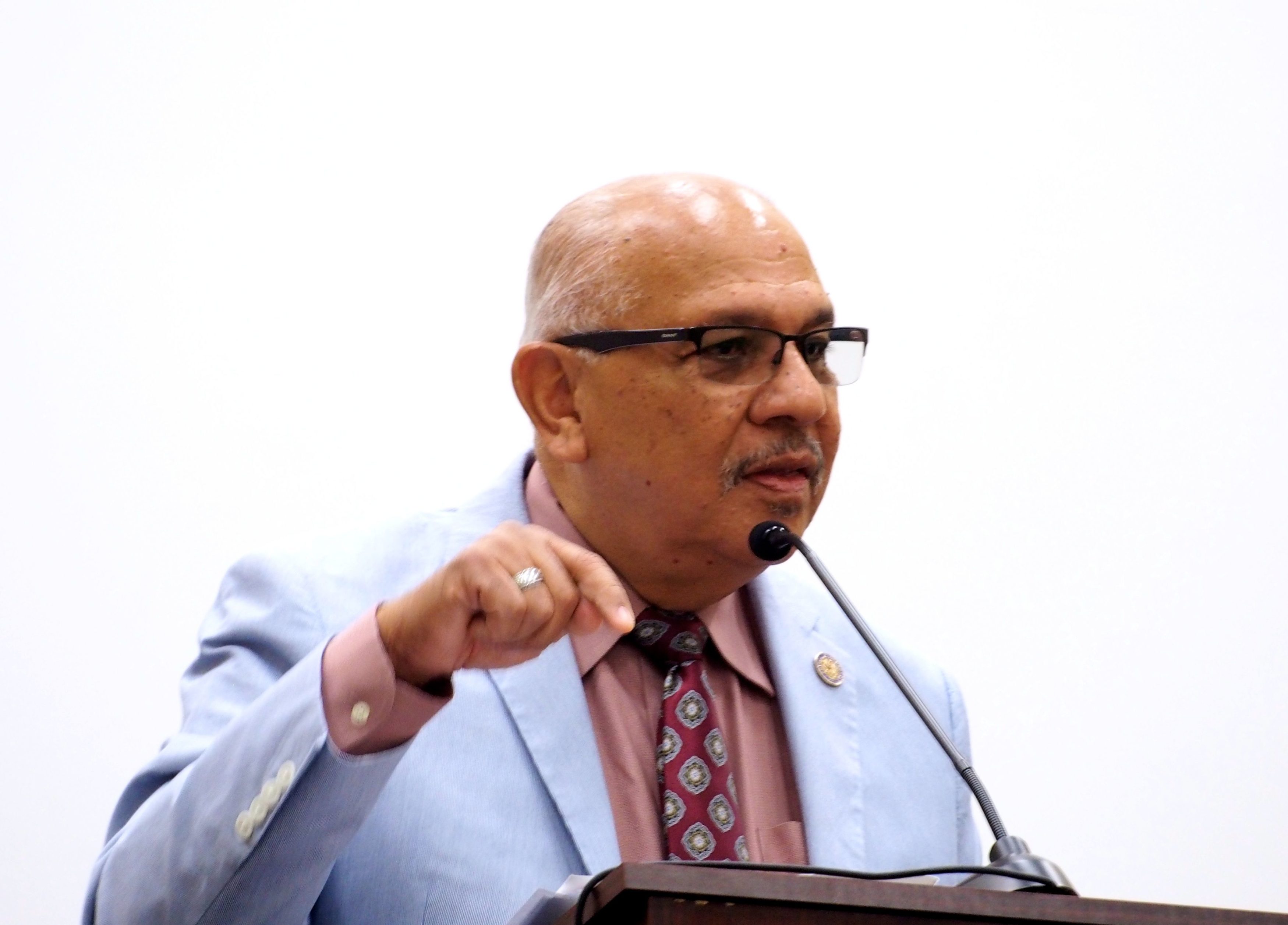 Warning that Florida may be in violation of the Federal Voting Rights Act, state Sen. Victor Torres on Tuesday led a group of eight mostly-Hispanic Democratic lawmakers in urging Florida Secretary of State Ken Detzner to respond to reports that some Florida counties are not providing Spanish-language elections materials.

Torres and the others wrote to Detzner Tuesday, following up on letters sent earlier this month by a coalition of social-justice, civil rights, and progressive-politics groups led by Demos and LatinoJustice/PRLDEF, to 13 Florida county supervisors of elections. Anticipating that the mass migration from Puerto Rico had spread statewide, those groups urged the supervisors to provide bilingual voting materials for their Puerto Rican residents and other Spanish speakers, as required by the Voting Rights Act of 1965.

“Florida is home to over 20 million individuals and more than 4 million of them are of Hispanic or Latino origin. Additionally, with the influx of evacuees from Puerto Rico, there are an additional 300,000 American citizens who are eligible to vote in this upcoming election cycle. Providing election information and ballots in Spanish-language are essential for some qualified electors to participate in the 2018 Florida elections process,” the letter from Torres and the other Florida lawmakers states.

“We are requesting that you respond to the allegations that some Supervisor of Elections offices may be in violation of the Federal Voting Rights Act by failing to provide required Spanish- language elections materials,” the letter continues. “We further request you outline any plans your office has to ensure that no qualified electors are discouraged from exercising their Constitutional rights to participate in the 2018 election due to a failure of the local Supervisor of Elections to provide this information.”

In addition to Torres, of Orlando, the April 17 letter to Detzner was signed by state Sens. Jose Javier Rodriguez of Miami, state Sen. Linda Stewart of Orlando, and state Sen. Annette Taddeo of Miami. State representatives Robert Asencio of Miami, John Cortes of Kissimmee, Amy Mercado of Orlando, and Carlos Guillermo Smith of Orlando all joined. Each a Democrat.

Torres cited the April 3 letter, declaring that “it raises concerns that currently 13 of Florida’s 67 Supervisors of Elections offices are failing to provide Spanish-speaking voters with election materials and voter registration information in their native language.”

Late Tuesday Detzner’s office said they were reviewing the letter, and released this statement from Detzner:

“It is of the utmost importance to Secretary Detzner and the Florida Department of State that all registered voters in Florida have the opportunity to exercise their right to vote without any barriers. Supervisors of Elections must comply with state and federal law and they are in the best position to determine the needs of their constituents to ensure compliance.”

“The Florida county supervisors of elections addressed should act immediately and comply with the Voting Rights Act before Florida’s August 28, 2018 federal primary election,” those groups stated in a press release.

Those letters also were signed by representatives of Mi Familia Vota Education Fund, Common Cause Florida, the League of Women Voters of Florida, VAMOS4PR, and nine other groups.