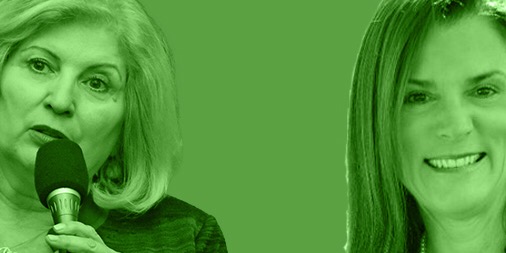 In SD 16, the seat previously held by Jack Latvala, Republican Ed Hooper and Democrat Amanda Murphy remain deadlocked, with Hooper at 45 percent and Murphy at 43 percent. The good news here for the GOP is that this race has shifted ever so slightly to Hooper.

At last check-in, Murphy led by less than a point. Murphy’s May lead and Hooper’s late June one fall well within St. Pete Polls’ margin of error of plus or minus three percentage points.

Unaffiliated and third-party voters, who make up 30 percent of the SD 16 electorate, went plus-7 for Murphy with 14 percent undecided. White voters also favored Hooper, 47-42 percent, while Murphy carried minority voters by a substantial margin, though non-white, non-Hispanic voters only make up about 15 percent of the SD 16 electorate according to the district’s demographic profile.

In SD 18, incumbent Republican Dana Young now trails Democrat Janet Cruz by a point after entering the candidate qualifying period with a nine-point lead. Of significance, since we last polled, Cruz clarified how her name will appear on the ballot, dropping her second last name, “Rifkin.”

The bounce back was expected for Cruz, who pulled just 62 percent support from Democratic voters in the May poll. The new results show an 8-point bump from her base, while Young saw her support among likely GOP voters dip from 75 percent to 72 percent.

Voters who are not a member of one of the major parties supported Cruz by a hefty 15-point margin. A month ago, those same voters gave Young a slim advantage. The poll also shows Young with a 2-point advantage among men, while Cruz holds a 3-point lead among women.

White voters still preferred Young, though the 46-43 percent split is a massive improvement for Cruz, who trailed by 15 points in the May poll. Cruz holds a near 50-point advantage among black voters, though she trails by 10 points among Hispanic voters, who make up 30 percent of SD 18’s electorate.

Over in SD 24, incumbent Republican Jeff Brandes is still ahead of trial lawyer Carrie Pilon, 46 percent to 41 percent, which is down from the nine-point lead he held at the end of May, but still outside the margin of error.

Much like the poll SD 18, much of the change came from Pilon’s increased support among Democratic voters. She pulls 69 percent support from Democrats in the new poll, compared to 65 percent a month ago. Brandes, like Young, also saw a slight dip in GOP support.

The St. Pete Republican leads by 6 points among white voters, down from 12 points last month. He also saw his leads slip in three age groups, most notably among voters under 30, who prefer him 46-42 compared to the 59-26 margin he enjoyed in the previous poll. Voters aged 50 to 69 flipped from plus-2 Brandes to plus-3 Pilon, while older voters went from plus-22 Brandes to plus-6 Brandes.

All three robopolls were conducted over this past weekend and only include responses from those voters who said they intend to vote in the November elections.

The races for Senate Districts 16, 18, and 24 will likely decide the course, if not control, of the Florida Senate as the Democrats have identified the three seats as a package of five to six they are targeting in the 2018 election cycle, the others being Gainesville-based SD 8, Lakeland-based SD 22 and Miami-Dade-based SD 36.

Republicans currently hold a 23-16 advantage in the Florida Senate, with SD 16 currently vacant.

previousWhat to watch for in July in Jacksonville politics

nextSunburn — The morning read of what's hot in Florida politics — 7.2.18