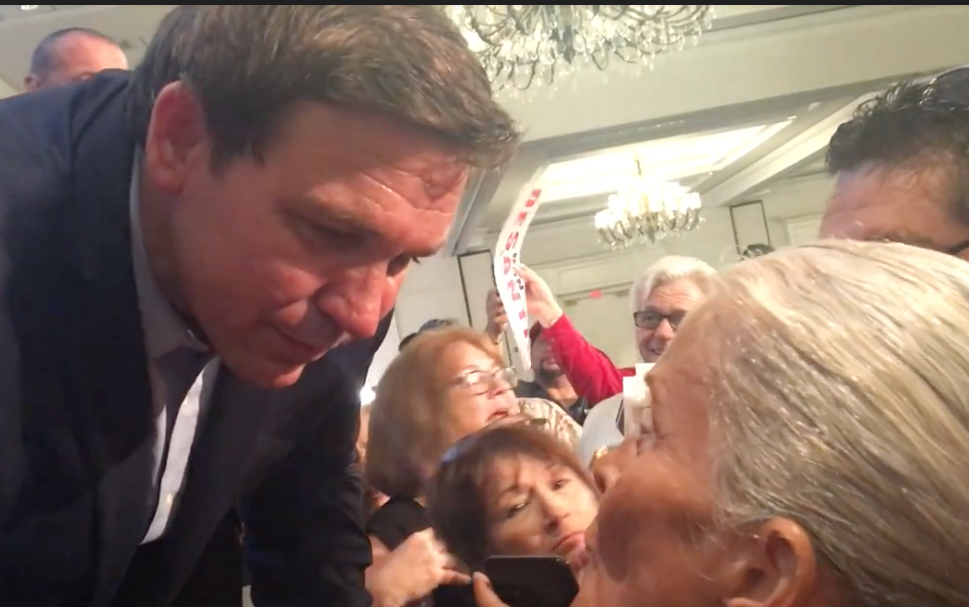 Republican U.S. Rep. Ron DeSantis became the seventh and final major gubernatorial candidate to say he supports a ban on oil and gas fracking in Florida when the activist group Food & Water Action pinned him down at a campaign event Monday.

Following DeSantis’ rally in Tampa Monday he shook hands with members of the crowd, and that’s when Food & Water Action volunteer Ginger Goepper asked him if he supports a ban on fracking in Florida.

Putnam’s campaign then confirmed that was his position. As of mid-afternoon Tuesday, DeSantis’ campaign had not yet confirmed his support for a fracking ban.

With the two leading Republican gubernatorial candidates apparently in opposition to fracking in Florida, the group declared victory, since all five major Democratic candidates for governor,  Gwen Graham, Philip Levine, Andrew Gillum, Chris King, and Jeff Greene, are on the record supporting a ban.

Hydraulic fracturing, or fracking, is an oil and gas extraction technique in which drillers inject high-pressure water and chemicals deep into the ground to fracture the rock and thereby provide the drillers better access to oil and gas reserves. It is not practiced in Florida but has been the topic of intense debate in the Florida Legislature and in local governments for several years. Last year Senate Bill 462, to ban fracking, made some advances but died in the Appropriations Committee. A similar bill in the House of Representatives died in infancy.

Opponents charge fracking risks contaminating groundwater, and they also charge it is the cause of unusual earthquakes hitting such states as Oklahoma and Ohio. The oil and gas industry disputes those risks and insist fracking is an effective and safe way to increase America’s domestic energy supplies.

The Food & Water Action Fund is an organization that is campaigning for the reduction of fossil fuel extraction and burning for energy in general, and against fracking in particular.

“As the self-proclaimed most conservative major candidate in the Florida Gubernatorial race, Congressman DeSantis’s stance against fracking displays the growing bipartisan support for protecting Florida from the risks of fracking and offshore drilling,” the group stated in a news release. “Congressman DeSantis is the last of the seven major gubernatorial candidates to now be on the public record as being against fracking in Florida. We now must ensure that whomever is elected as Florida’s next governor will live up to their campaign pledge and pass an executive order to ban fracking in our Sunshine State.”