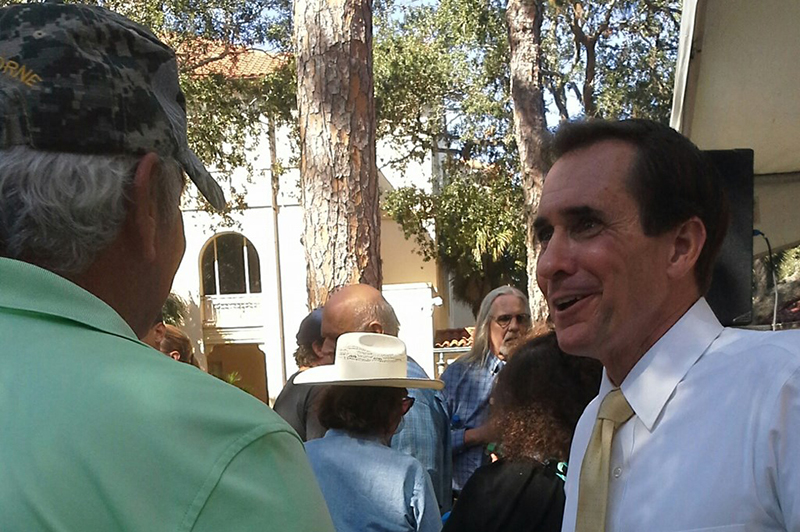 “Pinellas County has a history of picking winners in our straw poll and this year will be no exception,” said Todd Jennings, vice chairman of the Pinellas County Republican Party Vice Chair. More than 300 people attended the Straw Poll Picnic at Banquet Masters.

Putnam has come in ahead of Ron DeSantis in five straw polls taken over the past 10 days. He also won straw polls conducted by the Republican Party of Brevard’s Council of Clubs, Central Florida Republican Women’s Clubs, Casselberry Chamber of Commerce and Seminole Republican Executive Committee.

Moody won four of those five straw polls, and was in attendance at the Pinellas event.

In local races, Buck came out ahead of Brad Sostack as the favorite candidate to take on U.S. Rep. Charlie Crist.

Ed Hooper came out ahead of Leo Karruli in the state Senate District 16 primary.