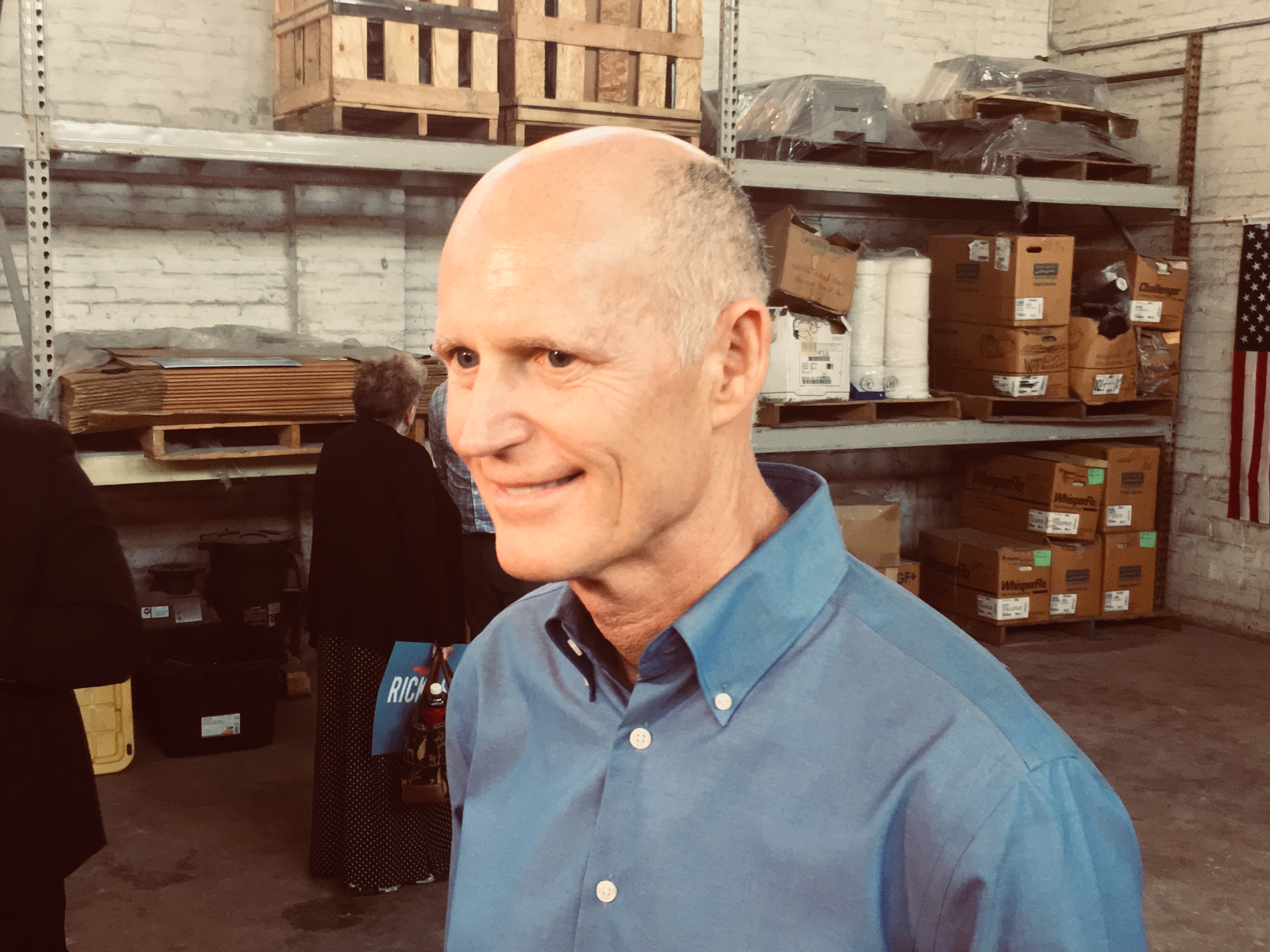 Rick Scott‘s campaign for U.S. Senate says it broke a record: It raised $10.7 million in the second quarter of 2018.

That more than triples the best effort of any quarter by his opponent, incumbent Democratic U.S. Sen. Bill Nelson.

The $10.7 million figure — “a historic amount that surpasses any other national Senate campaign” — also does not reflect any of Scott’s own personal money spent on the campaign.

Only 3.2 percent of the contributions came from political action committees (though one would expect those contributions to be higher than that $500 threshold, when the official Federal Elections Commission report drops later this month).

Scott, the state’s two-term governor, asserts in the release that the $10.7 million haul is “sending a message to Washington that the time of career politicians is over – and our momentum is not slowing down.”

Florida Finance Chairwoman Darlene Jordan had a similar take: “This historic more than $10.7 million fundraising quarter shows that the opportunity to elect Governor Rick Scott and send a career politician back home has Floridians more excited than ever before.”

National Finance Chairman Thomas O. Hicks was likewise on the same page, asserting that “Americans across the country have made it clear that they are ready to have a real leader in Washington, and every single dollar raised puts us one step closer to electing Governor Rick Scott to the U.S. Senate.”

Scott has been a well-traveled fundraiser, with events from coast to coast. What’s clear is that he has buy in from a large swath of the nation’s elite in addition to the grassroots support touted.

Thus far, asserts the release, Scott has not had to contribute to his own campaign — a change from his 2010 and 2014 races, where he spent $75 million to get elected and another $12.8 million in the re-election bid.

Nelson, according to the March FEC filing, had $10,524,453 on hand. It will be interesting to see how the fundraising quarter affected his numbers.