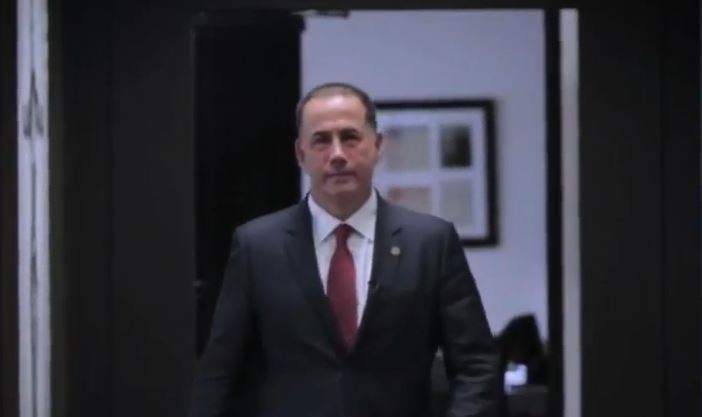 It’s another round in Philip Levine‘s war of words against Donald Trump, as the Democratic candidate for Governor is out with a second ad taking aim at the President.

“Levine vs. Trump: Round 2” targets Trump over multiple past controversies, contrasting Levine’s actions against those of Trump.

“Trump ridicules people with disabilities, locks up the children of immigrants and makes demeaning women his personal punching bag,” begins the ad’s narrator.

“As mayor, Philip Levine pioneered breakthroughs for the disabled, earned a perfect score for human rights and took on the president by defending the DREAMers. Round 2: Levine, because he’ll never stop fighting intolerance.”

As the name suggests, the ad is the second of its kind from Levine. The first version focused on Trump’s gun policies and his support of the NRA.

While Trump isn’t on the ballot this year, he’s already inserted himself into the gubernatorial race, endorsing Republican candidate and current U.S. Rep. Ron DeSantis.

Florida’s next governor may also have the chance to face off with the President, as multiple lawsuits have been filed by states against the administration regarding issues such as immigration, gun laws, and tax reform.

“Floridians are looking for a leader who is ready to pick up the gloves and fight back to defend Florida families,” said Christian Ulvert, senior advisor to the campaign.

“While Trump has denigrated women, ridiculed those with disabilities, undermined LGBT protections, attacked immigrants and locked up children, Philip has been on the front lines trying to elect the first female president, fighting for the LGBT and disabled community in Miami Beach, and stepping up to defend DREAMers.

“After twenty years of failed attempts to take back the Governor’s Office, Florida Democrats are ready to elect a fighter like Philip Levine with the resume and resolve to win back our state and stop Donald Trump in his tracks.”

previousSunburn — The morning read of what’s hot in Florida politics — 8.9.18