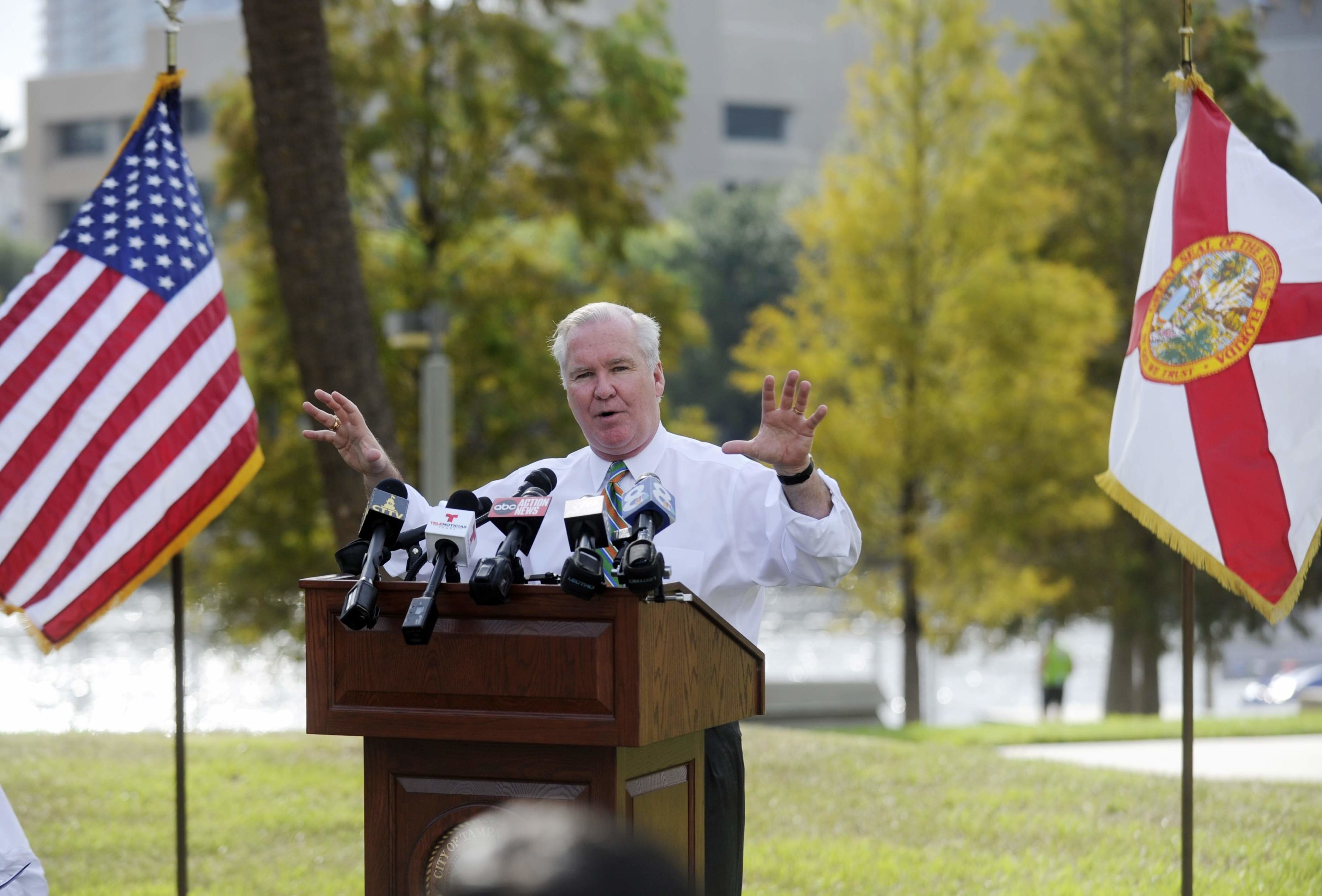 Speculation has been out there for months that Tampa Mayor Bob Buckhorn would make an interesting candidate for Florida’s Lieutenant Governor. That’s not likely to subside when he formally endorses Democrat Gwen Graham at a news conference Thursday afternoon in Tampa.

But do endorsements matter in statewide races?

I mean, OK — this is a political site, so this ought to be a layup. But honestly, name the state’s second-in-command without resorting to Google.

So, does Buckhorn’s thumbs-up to Graham really help her campaign, regardless of what is or isn’t in it for him?

Maybe it helps a little bit, but Graham has to stand on her own and the polls show an increasing number of people believe she is doing that. She is widening her lead, she is bringing in money, and at this point ,her candidacy for the Democratic nomination seems to be taking on an air of inevitability.

Obligatory disclaimer: Since the 2016 election, I will not only wait until the final votes are cast, it might be a good idea to wait until the election is certified before declaring a winner.

But if Graham is the nominee, does Buckhorn help her?

Well, he has been a popular Mayor during his two terms in Tampa. He got a lot of good things done in his city.

He is a gifted public speaker, capable of soaring oratory. However, his endorsement would be tantamount to speaking to the choir in Tampa, which is reliably Democratic. It also wouldn’t matter two hoots out in suburban eastern Hillsborough County, where the political sentiment is reliably red.

Buckhorn was a solid foot soldier for Barack Obama and Hillary Clinton, but he could be a bit of a maverick when he believed it suited the city’s purpose. He drew some criticism from Democrats for his willingness to work with Gov. Rick Scott on issues that he believed benefitted Tampa.

That led to this statement from Scott’s office to the Tampa Bay Times on their relationship: “I have appreciated working with Mayor Bob Buckhorn and all of Tampa’s elected leadership to take the bay area’s economy to the next level. By focusing on transportation, public safety and education, we’ve been able to find real solutions for families and deliver results.”

That didn’t stop Buckhorn from direct criticism of President Donald Trump’s recent appearance in Tampa though, referring to it as the “venom and vitriol tour.”

Although Buckhorn likes the limelight and rarely shies away from a microphone, he has a lot of experience working behind the scenes as a member of Tampa’s city government.

He can break legs if needed, cajole when it’s called for, and he has a gift for making the person he is speaking with feel like they are the most important person in the room.

Graham might find that quality appealing in a running mate.

His endorsement probably isn’t a difference-maker at this point, but it does telegraph his readiness to suit up and put on his game face.

And if Graham is looking for a strong running mate with an eye toward making things happen in the Legislature down the road, Buckhorn checks a lot of boxes.

He had been mentioned as a likely candidate for Governor before announcing he wouldn’t run. That was a good decision because the groundswell he needed to have wasn’t happening.

But as his endorsement confirms, Bob Buckhorn still has the itch to play politics at the state’s highest level. I’ve known the guy for a long time and I’ll just say this — he’s got game.