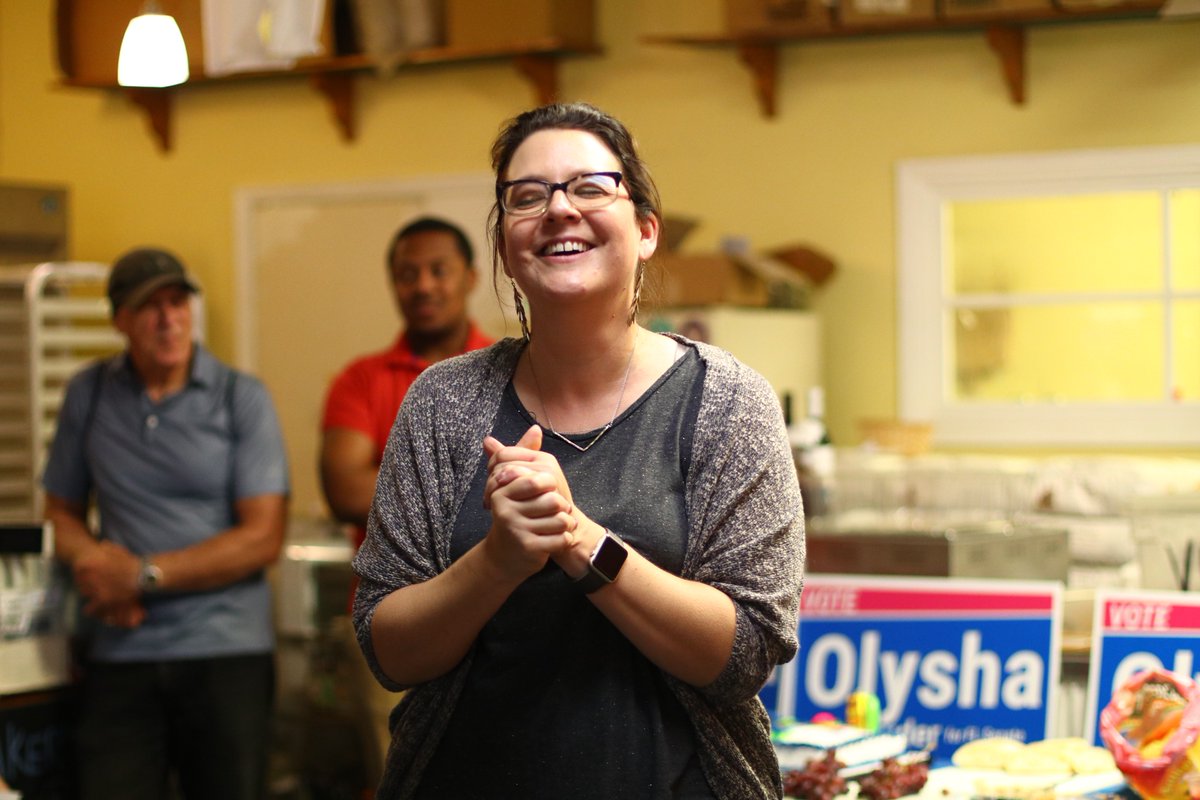 The new committee, known as Protect Prepare Provide, is chaired by Magruder, with one of her SD 8 campaign staffers – Kara Jess – serving as treasurer.

Though the committee was acknowledged by the Division of Elections on Aug. 22, Magruder and Jess filed the required paperwork to get it rolling on Aug. 7.

The delay in getting the committee approved was because of the treasurer appointment form, which was marked incomplete by Division of Elections staff the day it was received.

Sarah Revell, spokeswoman for the Department of State, said the treasurer appointment was rejected because the signatures on the document were not originals, a requirement for them to be approved.

An updated treasurer form, which was ultimately approved, wasn’t received by the division until two weeks later.

The approval comes as candidates face a midnight deadline to collect their last burst of official campaign funds — state elections law requires all candidates who are opposed in a primary election to stop accepting campaign contributions for the five days preceding the primary election. Political committees do not have to comply with the five-day fundraising armistice.

Still, the Aug. 7 date sticks out.

Whitfield Jenkins, the head of an Ocala non-profit organization that has supported Magruder and bashed Enneking with up to $100,000 on direct mail campaigns and TV ads, claimed the necessary paperwork to open a political committee and send the mailers and run the ads had been filed on Aug. 7.

The committee he said he tried to start would have shared a name with his non-profit, Liberation Ocala African American Council (LOACC), or so he claims. The Division of Elections said Tuesday that it had no record of receiving any paperwork for a committee by that name.

Political committees in Florida aren’t subject to the same contribution limits as candidate accounts — $1,000 from each unique donor in the case of state legislative races.

If Magruder’s committee got the green light on Aug. 7, the money for those ads could have been dumped in from their original source. The choice to form a committee so late in the game makes little sense otherwise, as relatively few Magruder donors have maxed out their contributions.

As previously reported, the source of the ad funds is likely not LOACC given that Washington DC ad buyer Jamie Andrus signed for the SD 8 TV ads.

Andrus is also the buyer who signed off on the ‘dark money’ attack ads plaguing Fort Lauderdale state Sen. Gary Farmer in his rematch against former state Rep. Jim Waldman in Senate District 34.

Florida Politics reached out to Magruder’s campaign multiple times Thursday, asking for the campaign to directly address whether the decision to start the new political committee was because of the campaign anticipating a late-in-the-game cash infusion for ads and mailers.

The campaign did not address that question, citing the freneticism ahead of its final pre-primary fundraising deadline.

It’s true that reports for both the campaign account and for Protect Prepare Provide are due to the state by midnight Friday, but the campaign’s reticence to answer the question follows Magruder sidestepping calls to directly disavow the illegal outside spending.

Her campaign did issue a statement saying she did not collaborate with LOACC or approve of the ads, adding that “they don’t reflect a strategy my own campaign would choose.” But she’s stopped short of disavowing them outright.

Instead, Magruder has said the ads are true — and they are, to a certain extent.

Enneking’s committee, Florida Knows Excellence, has also made many contributions to FDLCC.

But Enneking’s acceptance of those funds from the state party is no different than the financial activities of candidates who Magruder vocally supports on social media.

Tallahassee Mayor and candidate for governor Andrew Gillum, for instance, has received more than $900,000 worth of “in-kind” support from the Florida Democratic Party (FDP) during his run for Governor. FDP has in turn received contributions from the same sources Magruder rails against.

Like with Enneking and FDLCC, Gillum’s political committee, Forward Florida, has made many contributions to FDP.

It also smacks of duplicity for Magruder to attack her opponent for such contributions without showing an ounce of concern for where the money funding LOACC’s ads is coming from.

Voters will likely never know the true source of those funds, which for all anyone knows could be from the same corporate interests Magruder derides.

The primary election between Magruder and Enneking comes to an end Tuesday night. The winner of the Democratic nomination will move on to face incumbent Republican Sen. Keith Perry on the November ballot.

Also running for the seat is former City Commissioner Charles Goston, a lifelong Democrat who is contending as an non-party affiliated candidate.