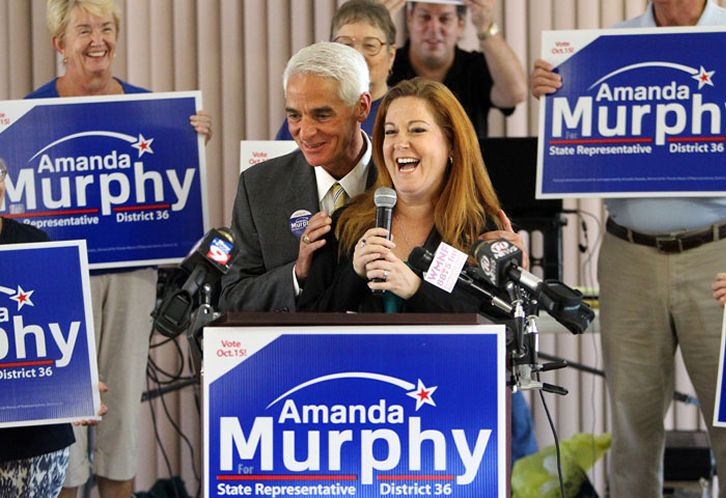 The return of Amanda Murphy.

Supporters looking to attend the event can send an RSVP to note Shannon@AmandaMurphy.com or call 727-835-8517.

Murphy, a New Port Richey Democrat, served in the Florida House from 2013 through 2016, when she lost by just a handful of votes despite Donald Trump carrying her district decisively.

In 2018, she is running against former Republican Rep. Ed Hooper of Clearwater for SD 16, which covers northern Pinellas and southwestern Pasco counties.

Though she hasn’t put much of a dent in Hooper’s massive fundraising lead thus far, most polling of the matchup has shown a tight race with her on top despite big spending by Hooper’s campaign.

At the beginning of August, an SEA Polling & Strategic Design survey found Murphy up 2 points, 41-39 percent. That edge falls within the margin of error

As the poll noted at the time: “Amanda Murphy holds a two-point lead despite significant spending on Hooper’s behalf throughout July and early August. Two public polls conducted by St. Pete Polls showed Murphy leading or in a dead heat with Hooper which set off fire alarms in the Senate Majority office and likely led to Hooper’s midsummer panic spending.”

The head-to-head between Murphy and Hooper is Nov. 6.

Murphy’s invitation is below. 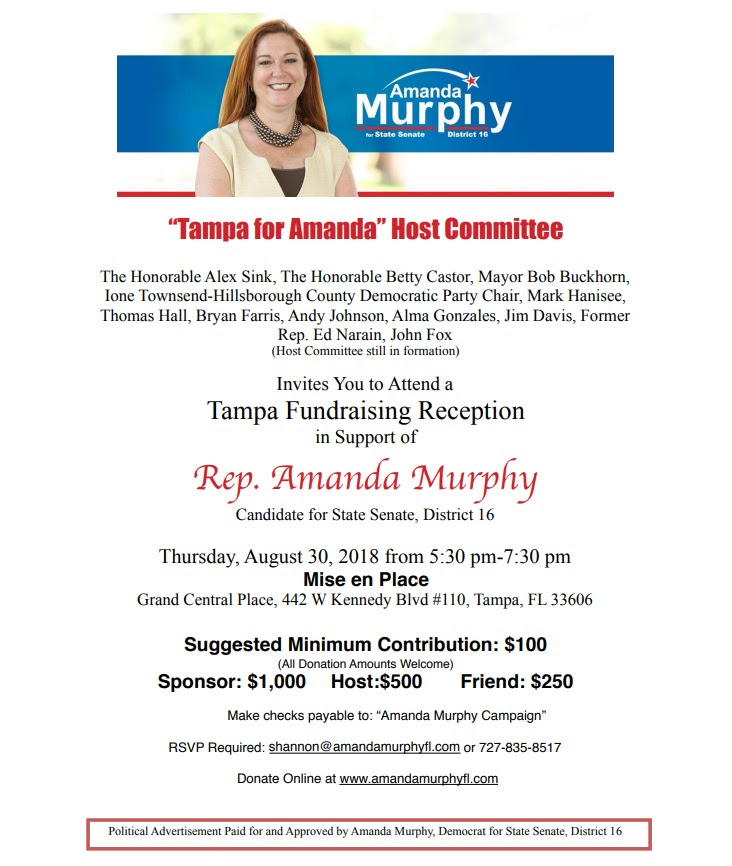