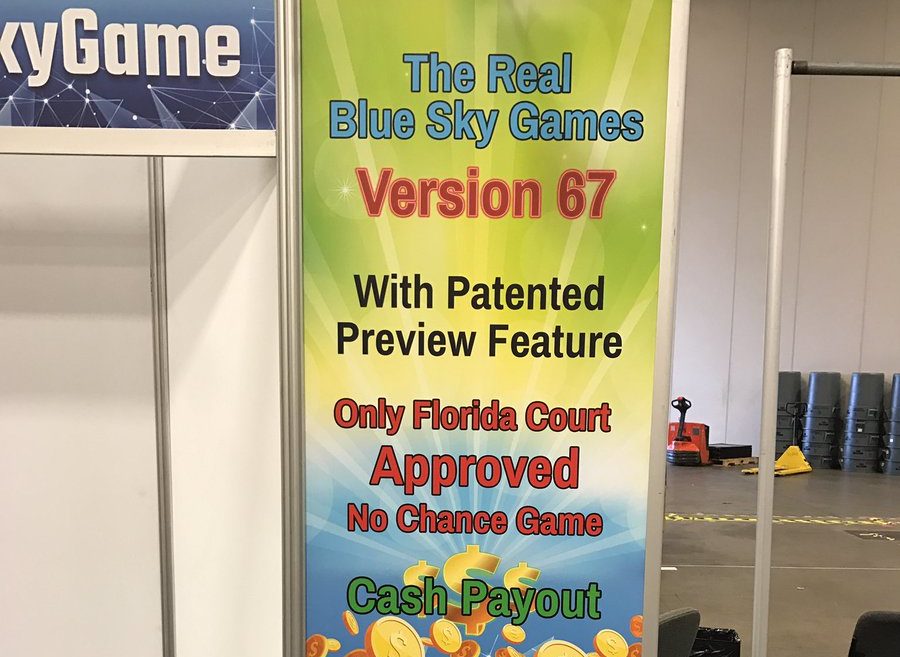 If a video game looks, plays and pays out like a slot machine, it’s a slot machine — even if you know whether you’re going to win or lose, an appellate court ruled Thursday.

A unanimous three-judge panel of the 1st District Court of Appeal found that what’s known as pre-reveal games, specifically the kind called Version 67, “is an illegal slot machine.”

The games “preview” outcomes as to their winning or losing nature, meaning there’s no element of chance, attorney Bryan DeMaggio said at oral argument in July. He represents the Jacksonville company that licenses and distributes the games, Gator Coin II.

But the court said DeMaggio “improperly focus(ed) on the player’s knowledge instead of the machine’s operation.”

He sought “to define the game as what happens after the player presses the play button – i.e., the flashing lights and sounds – thereby ignoring the operation of the machine … the element of chance is inherent in it given that it has a preset win/loss ratio.”

The court added that though “the user is advised of the outcome of the game at hand ahead of time through the preview feature, the user cannot predict that outcome until it is randomly generated and then displayed by the machine. Nor can the user predict the outcome of Game 2 while playing Game 1.”

Jonathan Fanning, Gator Coin II’s third-generation owner, said he had not yet read the decision when reached Thursday and declined immediate comment.

The case began when Department of Business and Professional Regulation (DBPR) agents found one of the games in a Jacksonville sports bar and told the proprietor the machine was an “illegal gambling device.” A lawsuit followed.

Cooper changed his mind after a hearing in which Barry Richard, a lawyer for the Seminole Tribe of Florida, told him the machines violate the Tribe’s exclusive right to offer slot machines outside of South Florida.

“We’re very pleased with this decision,” Richard said Thursday. “It gives a clear definition of what a slot machine is, and we need that, because people keep trying to circumvent it.”

The judge, however, had said his reversal was based on further evidence on how the pre-reveal, or “no chance,” games — as its software maker prefers to call them — actually play.

His second order said that “to have a chance to receive an outcome other than what is currently displayed by the preview feature, the player must commit money to the machine to be privy to the next preview.”

Rep. Scott Plakon, a Longwood Republican, filed legislation this past Session to outlaw the games; that bill passed the House and died in the Senate.

“I’m glad that now both courts have seen through this latest scam and attempt to circumvent our laws,” Plakon said. “The court simply ratified what is obvious, that these are unregulated and illegal slot machines.

“I’m hopeful that this ruling will be used by law enforcement to step in and finally put an end to these illegal devices, designed to benefit the owners at the expense of often vulnerable Floridians.”