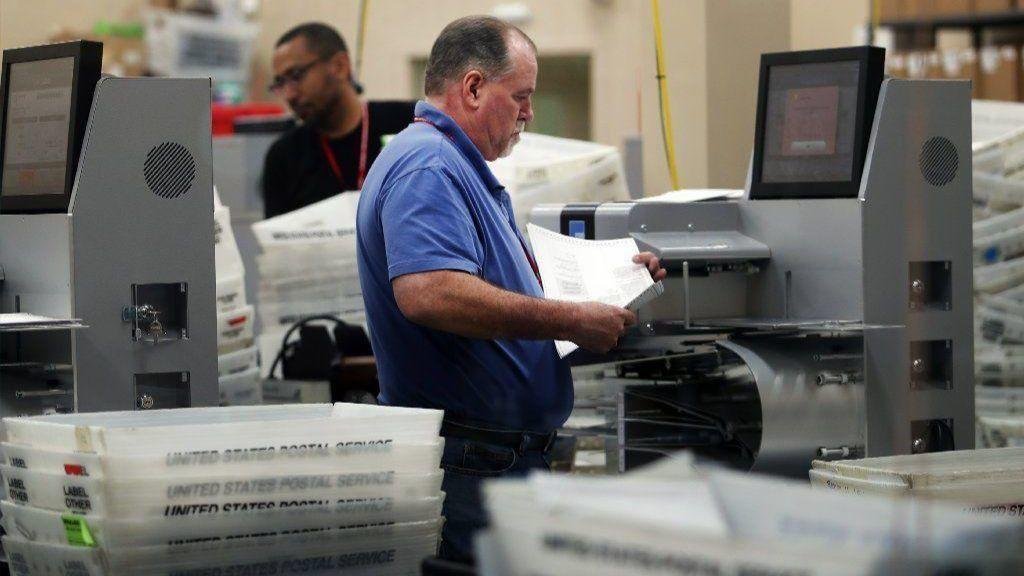 Count every vote. Why is that such a troubling goal for Gov. Rick Scott, Sen. Marco Rubio, and President Donald Trump?

As the margins narrowed in the U.S. Senate, Florida Governor, and Florida Commissioner of Agriculture races, Republicans responded to a close election by trying to erode confidence in our democratic institutions and prevent Florida voters’ voices from being heard.

These are acts of desperation and show that Republicans are afraid of what will happen if every Florida vote is counted.

Marco Rubio should remember that he is our U.S. Senator and is supposed to be representing every Floridian. His post-election tweets were irresponsible and are intended to slowly erode confidence in the results.

He baselessly claimed that Democrats “are here to change the results of election,” and that lawyers will “try to steal a seat in the U.S. Senate and Florida Cabinet.”

Sen. Rubio is not telling the truth and offered zero evidence for his conspiracy theories. He portrayed post-election night vote counting as a troubling anomaly. It wasn’t. After the 2016 election, 10 million ballots were counted over the course of 10 days after polls closed nationwide.

This year, five million ballots across the country had yet to be counted by Friday.

In many races, overseas, mail-in, and provisional ballots that are counted and verified after Election Day won’t change the outcome. But in Florida, we have six very close races that deserve to have every vote counted without interference from our Senator.

Sen. Rubio was joined by Gov. Scott who claimed “unethical liberals” are trying to steal the election. He unsuccessfully ordered the Florida Department of Law Enforcement to investigate. In response, an FDLE spokesperson said that they would be willing to investigate credible allegations of fraud, but they hadn’t seen any.

That’s because our own Gov.’s allegations are a farce.

As Sen. Rubio and Gov. Scott could have guessed, President Trump took the bait and joined the fray on Twitter. He tweeted about “Election Fraud in #Broward and Palm Beach” and claimed Florida already chose Rick Scott for Senate. He even closed a Friday afternoon Twitter tirade by thanking Sen. Rubio for “exposing the potential corruption going on.”

But Sen. Rubio hasn’t exposed anything. He’s made baseless conspiracy theories that he knew would be fodder for a president that has used similar false allegations in the past to attack election results.

In 2018, Sen. Rubio amplified a President Trump tactic from 2016. After he lost the popular vote by a historic margin of 3 million votes, President Trump used unfounded voter fraud claims to waste taxpayer resources on a so-called the.

The commission was shut down after states refused to provide it with information that violated voters’ privacy and could have been used in erroneous voter purges like we’ve seen multiple times in Florida.

Sen. Rubio often portrays himself as a responsible and reasonable actor in a political world that has gone mad. Friday afternoon, he tried to dial back his false allegations of fraud by claiming that he just wants information on the state-mandated schedule.

But it’s too late.

Sen. Rubio fueled the president’s conspiracy engine this week in an effort to drive Florida’s election off the rails. We can all hope that the damage he’s caused won’t stop the work Florida’s elections officials are doing as three very close races proceed to automatic recounts that will ensure that every vote is counted.