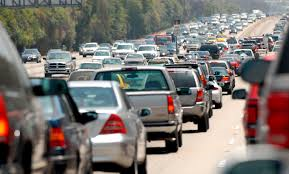 The All For Transportation oversight committee could be compiled as quickly as January, according to some officials charged with choosing its members.

Tampa Mayor Bob Buckhorn and Hillsborough County Clerk of Courts Pat Frank have both already chosen members and several other agencies are prepared to begin choosing their representatives.

On Nov. 6, Hillsborough County voters approved raising sales tax 1 percent to fund sweeping improvements to transportation and transit throughout the county. The charter language approved in that referendum requires an oversight committee to approve individual agency and government plans to spend it.

Hillsborough County Commission will choose four members, two of which must have expertise in transportation, planning sustainability, engineering or construction. The board will discuss its process during its upcoming regular board meeting December 5, according to Commissioner Les Miller.

Miller said the board will open up an application process through county staff. Commission could approve recommended appointees in January.

The Hillsborough Area Regional Transit Authority will follow a similar process, according to Miller, who chairs the HART Board of Directors. The transit agency gets two appointees. HART’s attorney will explain the approved referendum’s requirements.

From there the agency will allow 30-days for name submissions to either the HART attorney or Interim CEO, Jeff Seward. The board will then discuss recommended appointees in January when Miller hopes the board will approve recommendations.

Each of Hillsborough County’s three cities are allowed one appointee chosen by their respective mayors. Temple Terrace and Plant City have yet to decide on a representative.

Temple Terrace Mayor Mel Jurado did not immediately respond to a request for information about her decision. Plant City Mayor Rick Lott said he decided to give the city commission say in the decision. That board will discuss and choose its representative during its meeting December 10.

The city of Tampa will have a second representative on the committee because its population is so large. City Council, not the mayor, will make that choice. City Council asked city staff to begin its process for selecting an appointee during a meeting last week. Tampa City Council member Mike Suarez said the process could be complete sometime in January.

Hillsborough County Property Appraiser Bob Henriquez is advertising for his nomination on the agency’s website. That appointee must be a real estate or land use expert. The notice asks interested applicants to submit resumes to [email protected].

“I just felt like it’s a very important appointment. It’s something out of the ordinary for the Property Appraiser,” Henriquez said. “My experience has always been that you apply for those kinds of positions. It’s not fair to just make an off the cuff decision based on people inquiring about it without going through a process.”

Henriquez said he’ll take applications for about another two weeks and then take about two weeks to make a decision. He expects to have a pick by early January.

The oversight committee will receive audits from all agencies receiving funding from the estimated $280 million raised annually. Individual boards will establish project plans. The committee will review those plans to insure they are in accordance with the tax’s defining charter.

Of the funds used, 45 percent will go to HART while 54 percent will be split between the cities of Tampa, Temple Terrace and Plant City and Hillsborough County. Temple Terrace and Plant City will receive fewer funds because they have small populations. Because of that, those two cities do not have to follow the same guidelines as Tampa, Hillsborough County and HART, including restrictions on road and transit projects.