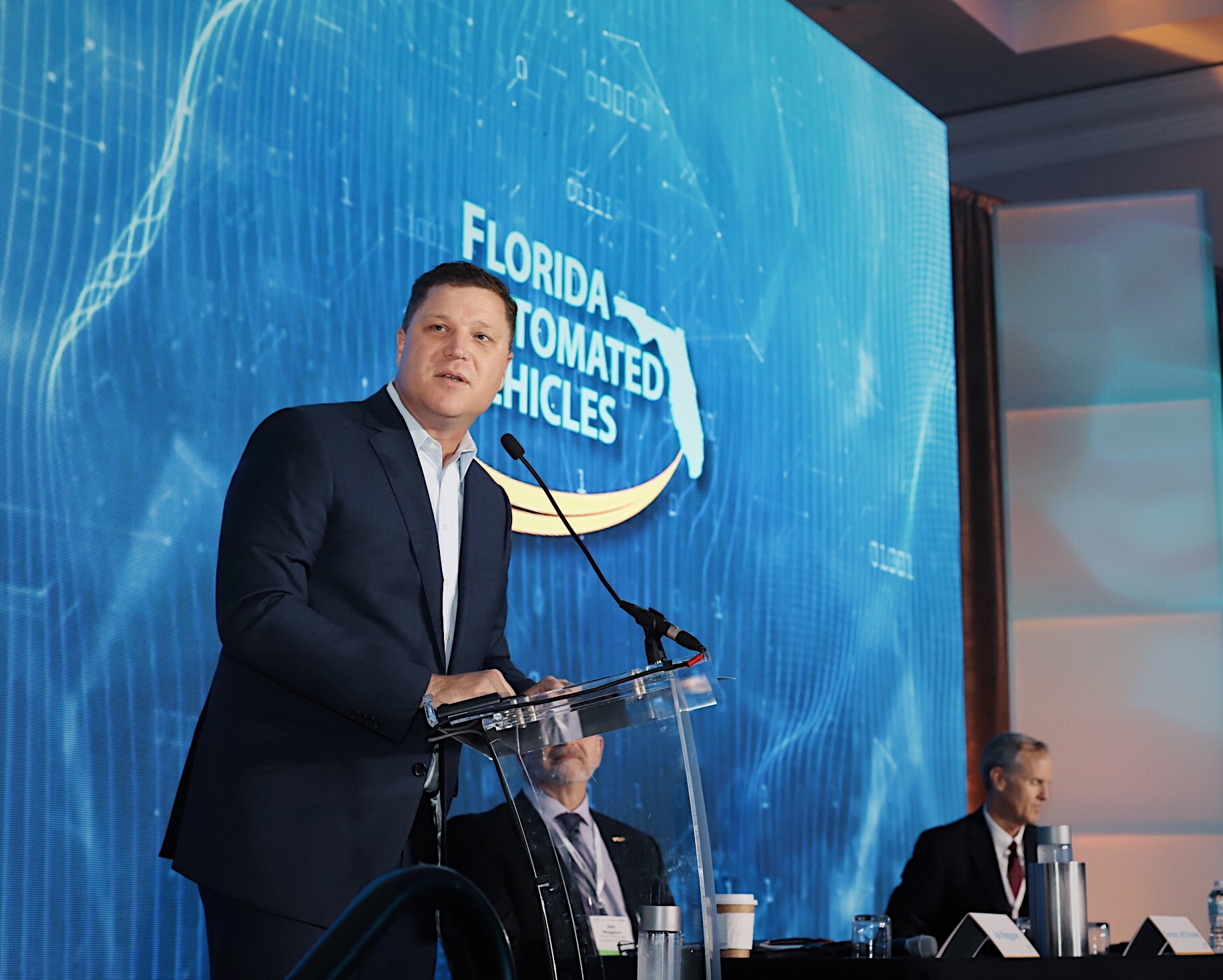 After two days of wall-to-wall speakers from high-tech companies, finance experts and land use planners, the 2018 Florida Autonomous Vehicle Summit wrapped up in Tampa this week with an array of geek-out-worthy autonomous vehicle demonstrations.

The Tampa Hillsborough Expressway Authority hosted the summit both this year and last, but Florida state Sen. Jeff Brandes considers the annual event his baby.

The veteran lawmaker puts technology and innovation at the top of his priorities for solving various problems in Florida cities, including mobility.

Brandes, who offered one of the summit’s opening presentations, spent the entire event watching, listening and learning. He plans to take those lessons with him to Tallahassee, where that knowledge will help drive policy.

Here are Brandes’ top five takeaways from this year’s summit.

Local transportation policy is largely driven by long-range plans typically set by city governments and county metropolitan planning organizations. Governments reference those plans as they prioritize spending on everything from road repairs and repaving to lane restructuring and transit projects.

“New technology is making such incredible strides that it’s just impossible to think 30 years,” Brandes said. “The furthest out we should be thinking right now with any reasonable clarity is 10 years.”

Brandes used the recent surge in electric scooter popularity as an example.

“I never used the word bird and lime together in a sentence until about a year and a half ago,” he said of the two emerging electric scooter companies. “But now they are  growing exponentially and redefining transportation in the zero- to five-mile range.”

“We have to update Florida laws to allow for micro-mobility.”

Micro-mobility is anything from electric scooters and bicycles to golf carts. The mini-vehicles can be used to take larger cars off roads for short trips or to provide first-mile/last-mile solutions for transit, a problem counties typically struggle to solve.

Companies like Bird and Lime offer pay-per-use scooter rentals where commuters can pay by the minute to use the vehicles to get from one point to another. The app-driven service shows riders where to find a scooter and, in most cases, they can leave it wherever they want without having to locate a docking area.

Tampa is in the process of implementing the service.

“The law in Florida today, there’s a question about whether or not it’s allowed — can you have an electric scooter on the road without them being registered,” Brandes said.

Brandes said he plans to file a bill to clarify electric micro-mobility as an allowable use on roads sometime in January, and he’s confident it will land on the governor’s desk. Ensuring safety, he said, will be up to local governments through local regulation.

“It’s really about making sure that we’re focused on the wide array of options that people now have for mobility,” Brandes said.

Electrification comes first, followed by automation, Brandes hypothesized. The onslaught of the two he said will disrupt traditional auto manufacturers in a big way.

“Many of the automakers will not survive electrification and those that do will be hit by the next wave which is automation,” he said.

That disruption opens the door for an entirely new way of thinking among companies and lays a foundation for new companies. Such disruption is typically good news for consumers who, through the increased competition, stand to save on purchases.

The changes could mean anything from a new type of product to new ways of using products, including mobility-as-a-service through things like car subscriptions and car sharing.

“The tax structure in Florida has got to change to deal with electrification,” Brandes said.

As more and more cars switch from fossil fuels to all-electric, Florida’s current gas tax system that funds much of the state’s road maintenance will become depleted. Instead, Brandes said the state should begin considering how to tap into other user fees. That would likely come by way of charging taxes not on gasoline, but on actual vehicle miles driven.

“Florida needs to continue to lead in the conversation about automation and new technology,” Brandes said.

The state already has some of the most tech-friendly laws on the books in the country. It’s right up there with California and Pennsylvania. But the state can do more, Brandes said, particularly by continuing to engage tech companies on legislative needs and responding appropriately.

Those conversations are necessary to continue inviting new companies to Florida to test and deploy new technology.

“Public entities can no longer be focused on the giant bus,” Brandes said. “To me, that means that we have to allow for prototyping inside of transit agencies.”