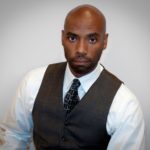 The process for nominating state judges has become increasingly politicized in recent years, threatening the independence and impartiality of our courts.

This has serious consequences for our state, as Florida’s Supreme Court has repeatedly acted as an important check against overreach by the Legislature and Governor, protecting Floridians from unconstitutional laws and executive actions on issues including gerrymandering, voting rights, public education, abortion rights and more.

Before 2001, Florida’s process for nominating judges was considered among the best in the nation. But that year the Florida Legislature placed the authority to select who sits on Judicial Nominating Commissions (JNCs) entirely in the hands of the governor.

As a result, JNCs have been turned into political patronage committees, undermining the purpose of merit selection. This one-sided partisan process is exactly how judicial selection shouldn’t be done.

Judicial nominees put forward under Florida’s current Judicial Nominating Commission structure are less likely to yield the best choices for a fair and impartial judicial appointee but are instead more likely to be reflective of the commission membership — politically connected and deeply partisan.

Outgoing Gov. Rick Scott and the Commission have packed Florida’s Supreme Court Judicial Nominating Commission, which is more interested in evaluating whether a potential justice is in total alignment with the Governor’s priorities rather than reflective of the diversity of our state, experienced, well-qualified, fair and independent.

The high stakes, along with the ever-increasing politicization of our court system, bolster the argument for reforming Florida’s current merit selection system for judges. We need to ensure members of the JNCs are appointed in a nonpartisan fashion and that the appointment process results in a more diverse and less politically influenced court. Among the most critical of these reforms is making the JNCs truly nonpartisan by removing the governor’s outsized influence and increasing citizen participation.

The list of candidates the JNC recently forwarded to Governor-elect DeSantis has been widely criticized for being overtly partisan and lacking any African-American nominees — meaning Florida’s Supreme Court will be without an African-American justice for the first time in 36 years.

Senate Democratic Leader Audrey Gibson of Jacksonville responded by announcing that her caucus will seek to reform the nominating process for judges during the next legislative session. State Sen. Perry Thurston (Ft. Lauderdale) is already exploring legislation.

Last year, legislation to ensure the judicial nominating process is nonpartisan and addresses judicial diversity was filed in the state Legislature but never heard in committee.

The Florida Constitution Revision Commission considered a similar set of reforms that fell just one vote shy of advancing in the committee stage. However, with public pressure mounting on elected officials to protect the integrity of our courts, lawmakers would be wise to support Senators Gibson and Thurston and adopt urgently needed reforms.

Governor-Elect DeSantis won election by a scant four-tenths of a percent. Neither DeSantis nor Scott were handed a mandate by voters to radically make over the Florida Supreme Court, but thanks to a flawed nominating process that is exactly what is about to happen.

Now, more than ever, Florida needs to insulate our courts from politics and special interests, and that starts by reforming the judicial nominating process.

Only then can Floridians be confident in the fairness and independence of our courts.

Trelvis D. Randolph is a partner in the Miami office of Cole, Scott and Kissane, PA. and the immediate past President of the Wilkie D. Ferguson, Jr. Bar Association. He is also General Counsel for the Miami-Dade branch of the NAACP.