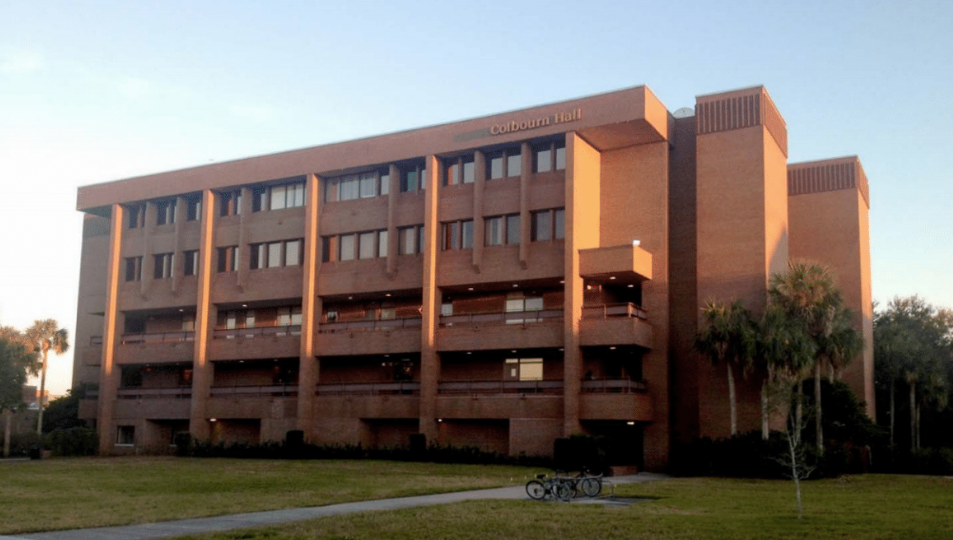 "President Whittaker, our Board of Trustees and I did not know and were never told."

An internal probe conducted by an independent investigator has concluded that the University of Central Florida Board of Trustees and UCF Dale Whittaker did not know anything was wrong when the university illegally used state funds to build a new academic building last year.

The university released the law firm’s investigative report Friday morning. The UCF Board of Trustees is scheduled to discuss it Friday afternoon.

UCF Board Chair Marcos Marchena issued a statement Friday morning suggesting the probe clears him, the rest of the trustees, and Whittaker, who was promoted from provost to president early last year. Also apparently largely cleared in the probe’s report is former UCF President John Hitt, who retired last year and was succeeded by Whittaker.

“We have received the report from Bryan Cave Leighton Paisner, the independent, third-party law firm hired to investigate the muse of funds to construct Trevor Colbourn Hall. This report is based on findings of a former federal prosecutor who reviewed thousands of documents and conducted dozens of interviews,” Marchena said in the statement.

“As I said from the start, we accept responsibility for what took place, and we will review the report thoroughly,” Marchena continued.

“I want to be clear about one finding now: The report determined that President Whittaker, our Board of Trustees and I did not know anad were never told that the use of Education & General funds to build Trevor Colbourn Hall was inappropriate,” he concluded.

The matter came to light last summer when the Florida Auditor General declared UCF’s new academic hall had been built with ineligible state funds. Merck, the university’s vice president for administration and finance and chief financial officer, resigned in September. The UCF Board of Trustees hired Bryan Cave Leighton Paisner to conduct an outside investigation.

The matter also is being investigated by the  Florida House of Representatives’ Public Integrity and Ethics Committee, and the State University System of Florida Board of Governors. UCF instructed the law firm’s investigators to fully cooperate with the state’s investigations, and the report said they did so.

While the Bryan Cave Leighton Paisner report, which runs 54 pages not including appendices, found that Whittaker and the board of trustees were never informed of the financing being used to build the building, or that the money was being improperly used, the report gave a narrative that may suggest the board and other officials were not very interested in such details. At times, the report shows, they approved advances in the project without ever receiving or asking for key information, such as where the money was coming from.

The Bryan Cave Leighton Paisner report painted a scenario in which UCF, like many others of the state’s universities, had fallen way behind in its construction and longterm capital maintenance because of the deep cuts during the Great Recession to the state’s Public Education Capital Outlay funds. The report describes Merck first coming to the board of trustees with a plan to renovate the old Colbourn Hall back in 2013; over the years, in updates and changes, the plan kept changing and growing more ambitious, until it eventually led to construction of a whole new building and demolition of the old building. Along the way, the investigators reported, no one seemed interested in asking many questions of Merck, or where he was getting the money for a project that went up from the range of $5-8 million at the start to $38 million by 2017. [So far about $30.6 million was actually spent, and the building was completed and opened in August, 2018.]

Merck declined to be interviewed by the law firm. The report said that made “it difficult to fully assess his motivations. We found no evidence of any improper motive or that Merck stood to gain financially from any of his actions. While it is possible that Merck may have genuinely believed that he was acting in the best interest of the University, it is nonetheless clear that he understood the significance of the decision to use E&G funds for the TCH project, and that he took steps to conceal or downplay that significance.”

The report also stated that no one else in UCF’s leadership appeared to be in any position to personally benefit from the scheme.

Former President Hitt was singled out as someone who might have known a little about what was going on. But the report indicated that Hitt had full trust in Merck. In interviews with the investigators, Hitt said he could not recall any details suggesting what he might have been told about the financing.

“On balance, we think it is likely that Hitt, like Whittaker, received some information about the source of funds for the project but that this information was unclear and inconsistent, and further that he did not have a full understanding of the significance of the decision to use E&G funds or the potential adverse consequences to the University. Nevertheless, it does appear that Hitt was advised of the possibility that the funding for TCH might lead to adverse an audit finding and that he directed Merck to go forward with the project anyway,” the report states.

The report said Merck took full responsibility in early meetings, but also referred to himself as a fall guy. Specifically, the report cited a meeting with Trustee David Walsh on Aug. 10.

“According to Walsh, at the end of the meeting, Merck commented on the recently completed AG audit and specifically the finding regarding the improper funding of TCH. Merck indicated he was taking responsibility for the matter but referred to himself as the ‘fall guy.’ However, he did not identify any other University officials involved in the funding decision. He also indicated to Walsh that he could not tell the BOT at the time about the actual source of funds for TCH ‘because of their role,'” the report states.