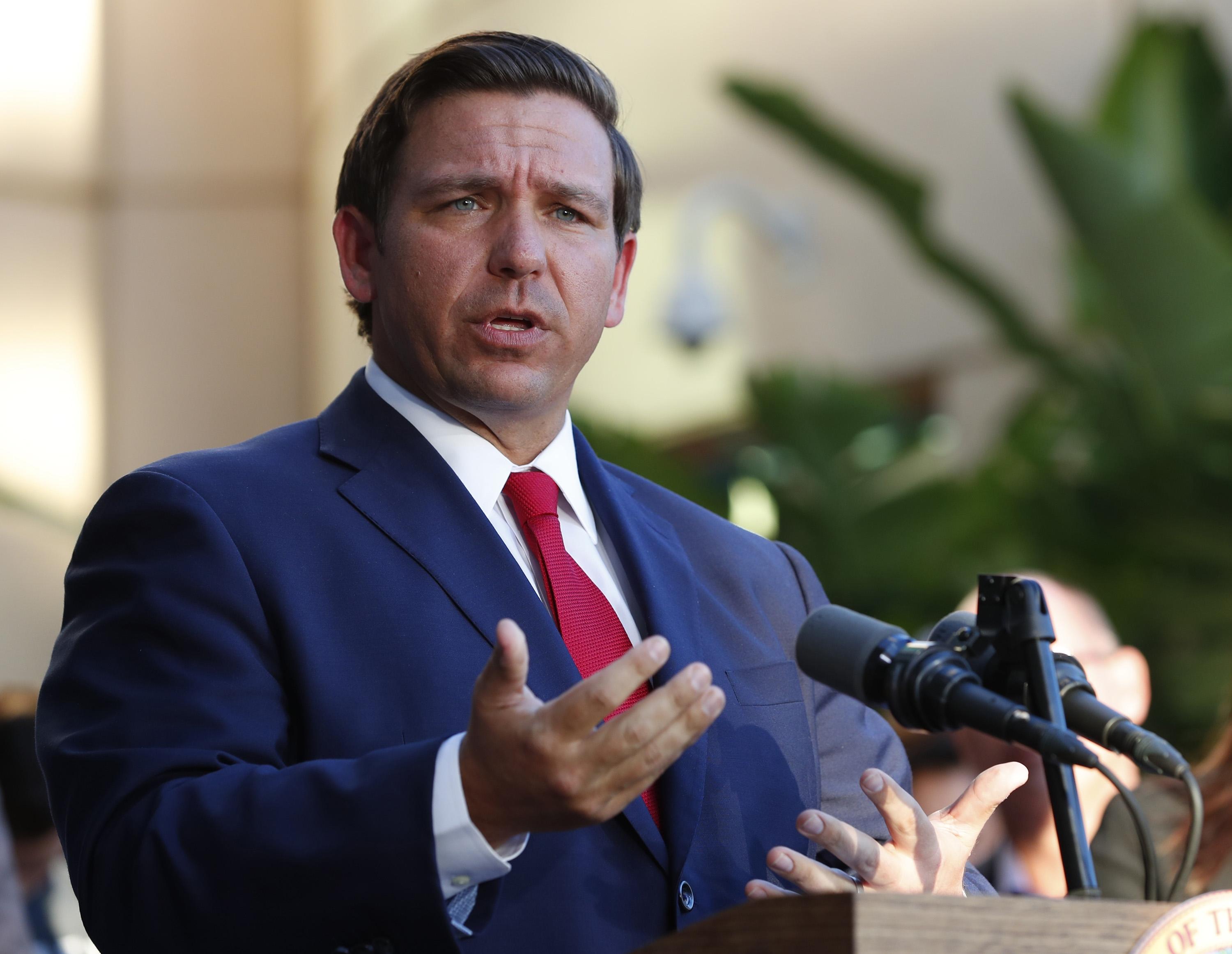 "Threats for the school in Dade is different than Washington, Hamilton. That’s just the way it is,”

DeSantis has said he wants to follow most of the recommendations made by the Marjory Stoneman Douglas High School Public Safety Commission, which was created after the Parkland massacre last year that left 17 people dead. Some of those recommendations include expanding the Coach Aaron Feis Guardian program, which allows trained school staff to carry guns in schools.

But many districts during the past year have decided against taking part in the program and tapping into $67 million the state Legislature allotted for it. Only $10 million of that money has been used, and instead of letting it go unspent, DeSantis is proposing rolling over the money into next year’s budget for the guardian program.

The governor also wants to keep funding a one-time $500 stipend for school staff who decided to participate in the guardian program. DeSantis, however, acknowledged differences throughout the state on the program, which has been controversial.

“The guardian, I think, is a good idea, but here’s the thing, we have a big diverse state. The threats for the school in Dade is different from Washington, Hamilton. That’s just the way it is,” DeSantis said, referring to Miami-Dade County and rural Washington and Hamilton counties.

After the mass shooting last February, lawmakers passed a wide-ranging school safety bill that included allowing guardians — school personnel whose primary job duties are outside the classroom — to be armed. The commission, which released its report in early January after months of investigating the shootings, said trained classroom teachers should also be allowed to carry guns.

Former Gov. Rick Scott asked lawmakers to allow school districts to use the unspent guardian money for hiring more school police officers if they did not want to arm school staff. But Senate President Bill Galvano, a Bradenton Republican, and House Speaker Jose Oliva, a Republican from Miami, rejected that request, saying they would rather see security guards and school staff trained and armed as the program was intended.

Galvano said he wants to expand the guardian program and increase funds for school safety, including school hardening and mental health funding.

Part of DeSantis’ proposed $91.3 billion state budget, which was rolled out Friday, includes nearly $99 million in school safety grants meant for improving security at public school buildings. He also pointed to a need to give more flexibility to districts in how the money is spent.

“So we’re going to say, this is what we recommend for school security, but we’re not going to tell you necessarily how to do it because some people thought that they needed more flexibility for that,” DeSantis told reporters shortly after unveiling a proposed $91.3 billion state budget on Friday.

DeSantis also wants lawmakers to approve $1 million to continue evaluating a tool used to help schools identify threats, as well as $3 million for a data repository that taps into information from law-enforcement agencies, the child welfare department, and social media.

The governor also wants state lawmakers to approve $2.5 million for security at Florida Jewish day schools. He wants that amount to be available to Jewish schools every year, rather than to seek the Legislature’s approval on an annual basis.