Joshua Simmons: Has time silenced us? 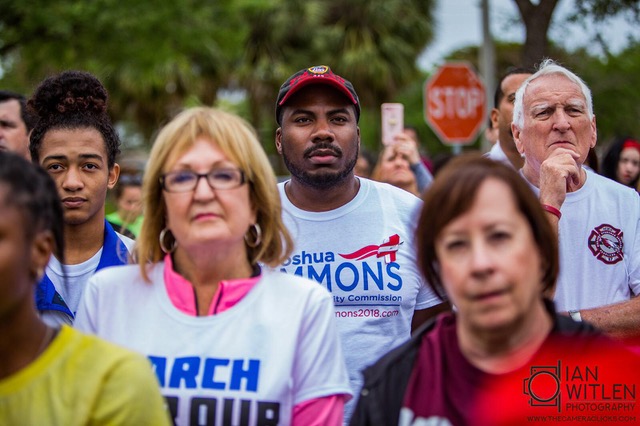 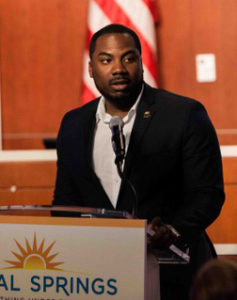 We are approaching the first anniversary of the mass shooting at Marjorie Stoneman Douglas High School in Parkland.

The City of Coral Springs, which I represent, is a neighbor to Parkland, as our communities are intertwined, this event was felt deeply in our city as well.

Seventeen people, students and teachers, lives were lost due to this unexpected tragedy. If you remember, while the situation was still fresh and families had not yet heard the fate of their loved ones, a political firestorm erupted just a few steps away from Building 11.

Students were interviewed and immediately demonstrated where they stood. While many feelings and emotions were expressed, the common theme was: Enough is enough.

These students became our heroes overnight and even held perhaps the largest youth protest in our country’s history when March for Our Lives took place in Washington, D.C., and in smaller venues all over the world.

These students took on the detestable NRA and even made the Florida Legislature in Tallahassee move on gun legislation — a feat had not occurred in almost 20 years.

The reaction and action to the Feb. 14 attack were swift, bold, and spread across the nation like wildfire.

This tragedy should not have happened.

Were there preceding failures from local and national agencies? Absolutely, but the object of this piece is not to place blame on one organization or group in Broward County.

What I will say is that we were failed, at the national and state level, by our elected leaders. After the Sandy Hook incident in 2012, where 26 elementary students and teachers were killed, I became discouraged when the needle did not move an inch concerning reforming gun legislation.

Since Sandy Hook, there have been almost 1,800 mass shootings in America, including the one that took place at MSD on Feb. 14, 2018, and I won’t even begin to state statistics regarding gun violence in Black and Brown communities.

Why hasn’t something been done to unify the country?

Why are we pitted against one another when the goal should be to protect our children, our communities, our safe spaces, our grocery stores, our movies and our way of life?

This country was founded on Life, Liberty and the Pursuit of Happiness. Our inaction on curbing these mass shootings are in direct violation of the will of our Founding Fathers.

I recently attended a tree and bench dedication at the Coral Springs Aquatic Center. 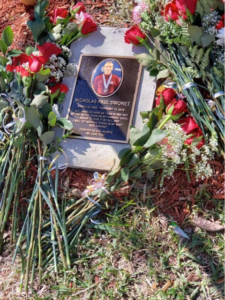 This ceremony was for Nicholas Dworet, a senior with his eyes set on swimming at the University of Indianapolis but was unable to fulfill that future as his life was taken last year at MSD. His family, his friends are still grieving and still trying to put the pieces of their life together, and who could blame them.

Parents are not supposed to bury their children.

Mitch and Annika Dworet are some of the most kind, compassionate people that you will ever meet. You don’t have to spend much time with them to feel that energy from them. You can imagine that Nicholas was the same way, and from the stories told at this ceremony, it appears that he was every bit of the person his parents raised him to be. Mr. and Mrs. Dworet are not alone in their grief, remember 16 other families were impacted and they are all in the same unfortunate club.

Our community still mourns and grieves with the families. We will never forget what they have lost, and it is up to the newly elected and future elected leaders to do all they can to prevent more families from experiencing this gut-wrenching pain due to unchecked gun violence in all communities throughout the country.

For the families whose world was destroyed, time has practically stopped, but for everyone else, our attention has been grabbed by something else, some other “newsworthy” story.

We barely hear anything about a fight for common sense gun legislation anymore. Maybe as the Democratic presidential candidates start turning up their propaganda machines, we will hear about the need for reform, but will it be more than just words.

Will those words turn into action?

We must keep up the pressure, we must keep fighting state-level pre-emption laws, like the one in Florida, where local governments are not allowed to pass ordinances from changing or implementing restrictive firearm policies.

We cannot allow our attention to stray from loosening these restrictions that do not allow us to protect the people who are not only our constituents, but also our family members and neighbors. Time is the great healer in all things, but time is also ticking before we have another mass shooting and, for some people, maybe the clock has already run out; we are now mourning the loss of a loved one.

Local governments should be able to pass ordinances to keep their communities safe from gun violence.

I am tired of innocent people losing their lives when I know there is more than can be done to prevent these incidents from happening.

A year later, I must ask, has time silenced us? 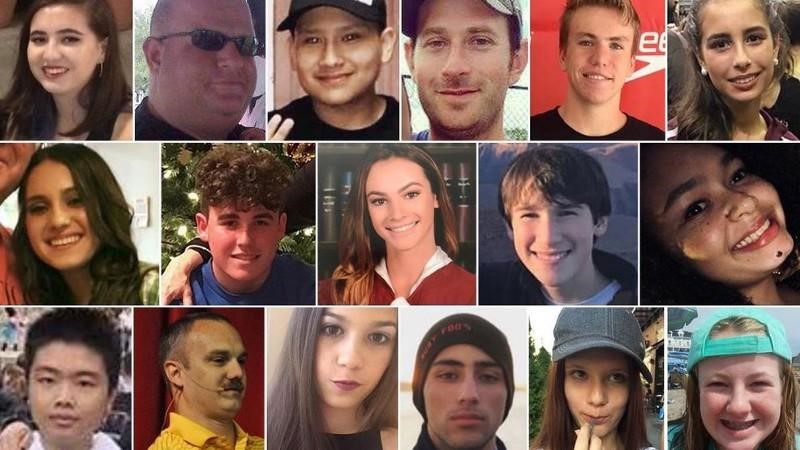