The Legislative Session is a journey. Sixty Days is your compass.

Good Thursday evening. Concerns over money for education, affordable housing and the state’s tourism-marketing agency didn’t keep most Democrats from joining the Republican-led House in OK’ing the chamber’s spending plan. On Thursday, the House approved its $89.9 billion budget for 2019-20, one day after the Senate unanimously backed its $90.3 budget. Now we go to conference. Sixty Days will leave the Capitol light on for you. Here’s your nightly rundown.

Betting short on Seminoles? Informal legislative talks with the Seminole Tribe on a new gambling agreement will likely not bear fruit before Session’s end.

Self-driving us crazy: A Senate bill aimed at bringing autonomous vehicle companies to the State cleared another committee.

Meanwhile …: A bill that would jumpstart Florida’s autonomous vehicle sector is ready for the House floor.

Clean diapers: A bill that would exempt diapers and incontinence products from sales tax is headed to its final committee.

‘Lettuce’ have liberty: Support for home gardeners in Florida took root in the Florida House.

Putting cart before horse? Surgeon General Scott Rivkees was appointed even before background checks were completed.

DNT TXT N DRV: A bill allowing Florida drivers to be pulled over for texting while driving won approval from its final committee.

“Nobody in the Senate … has agreed that online gaming is something the Tribe should have.” — Senate President Bill Galvano, suggesting one reason there won’t be a new gambling agreement with the Seminole Tribe by Session’s end.

Which Florida beach is known as the “World’s Most Famous Beach?”

Yesterday, we asked: Who was the first African-American to serve on the Florida Supreme Court post-Reconstruction?

Answer: “Joseph Hatchett was appointed by Gov. Reubin Askew in 1975 and retained by the voters the next year. He became a federal appeals court judge in 1979.”

Congrats again to Jeremy Smith (@JeremySmith850) who was the first to tweet the correct answer! 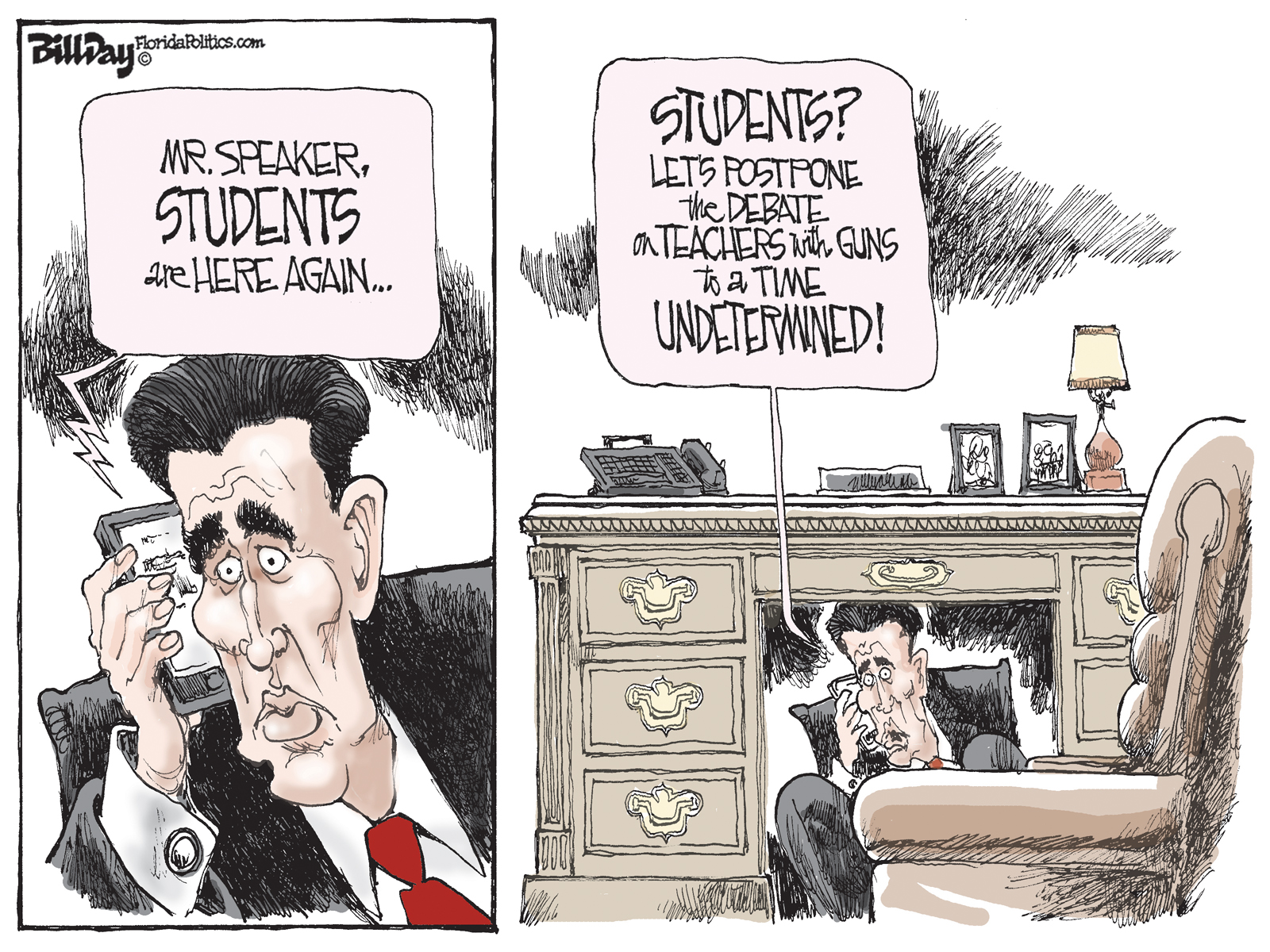 All eyes are on Rep. Jamie Grant as he champions implementing language for Amendment 4, the felon voting rights restoration initiative approved by voters last year. Here are some highlights from a recent “He Said, She Said” podcast interview, where Florida Politics publisher Peter Schorsch and wife Michelle Todd Schorsch talk to the Tampa Republican about the issue. If you’re interested in more — like an interview with Tallahassee bureau chief for POLITICO Matt Dixon — catch the full episode online here or download for later via Apple Podcast. (As usual, responses were edited for clarity and brevity.)

Peter: Why does Amendment 4 even need an implementing bill?

Peter: Can you explain that?

Grant: Amendment 4 says automatic restoration of voting rights happens for a convicted felon after they complete all terms of their sentence. The exclusions say “unless you were convicted of murder or of a felony sex offense.” From a statutory construct or a legal-definition perspective, murder means nothing. We have a big homicide chapter in statutes. I don’t think people intended to include manslaughter, as an example. However, I don’t think voters understood that attempted murder was not contemplated, meaning that the difference between automatic restoration of rights was whether or not you were successful in a meditated attempt to kill. Felony sex offense is the same thing. So, I instructed my staff to be as objective as they can be. With a bill like this, it’s not about my personal beliefs. It’s about the contract that was put before the voters.

Peter: You’re in a national spotlight. What do you think of the criticism?

Grant: They want to call me ‘Jim Crow Jamie.’ They want to call it a poll tax. We’re going to keep talking about what was put in front of the voters. They want to talk about bombastic language and scoring political points. They want to politicize this as if the amendment or any restoration of rights should be viewed through a political lens. I find that incredibly offensive. It’s comical — but offensively comical — that former state Supreme Court Justice Barbara Pariente on the bench actually talked about how it would be a good thing for the state if there was an incentive to pay back fines and fees if it granted (people) the right to vote.

Florida has been the spring home for several Major League Baseball franchises for decades. Until a few years ago, most of the league did their preseason prep in the Sunshine State. Arizona has started to compete, however, and the two states now have a duopoly on spring ball — 15 MLB franchises play in Florida and the other 15 play in the Grand Canyon State.

One team that’s been faithful to Florida is the Philadelphia Phillies. They’ve been making the trek since 1948 and would love to continue doing so, but they’re hoping for a few updates to Clearwater’s Spectrum Field.

It’s been 15 years since Spectrum Field opened its doors and after wear and tear and a couple of floods from hurricanes, it could use a fresh coat of paint. The Legislature is traditionally lukewarm on stadium funding, but the Phillies are hoping a little lobbying can convince lawmakers to pitch in. 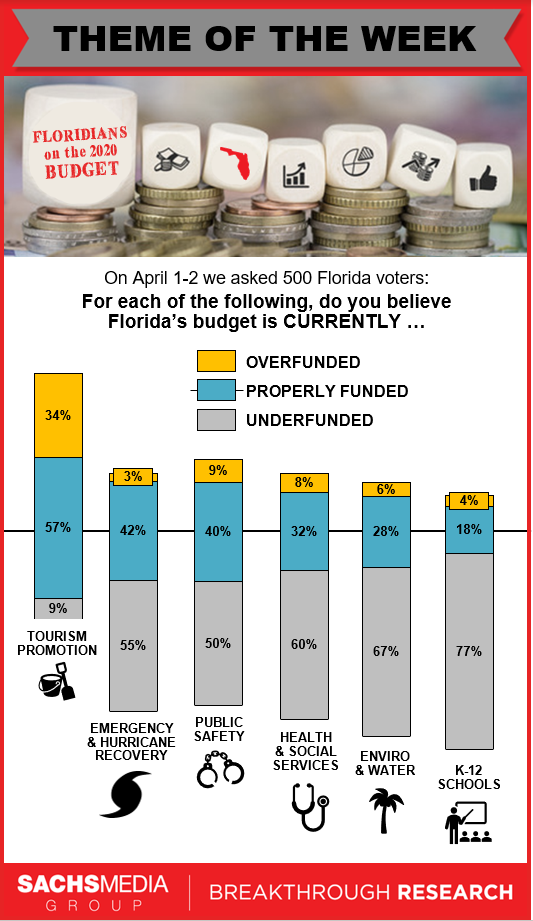 The Revenue Estimating Impact Conference meets to consider the fiscal effect of a number of bills. That’s at 10 a.m., 117 Knott Building.

Commissioner Nikki Fried and more than 20 lawmakers and staff will tour Hurricane Michael damage in Calhoun County, then hold a media availability at The Capitol to “discuss the need for disaster relief in Panhandle communities.” That’s at 1:30 p.m., Capitol Courtyard.