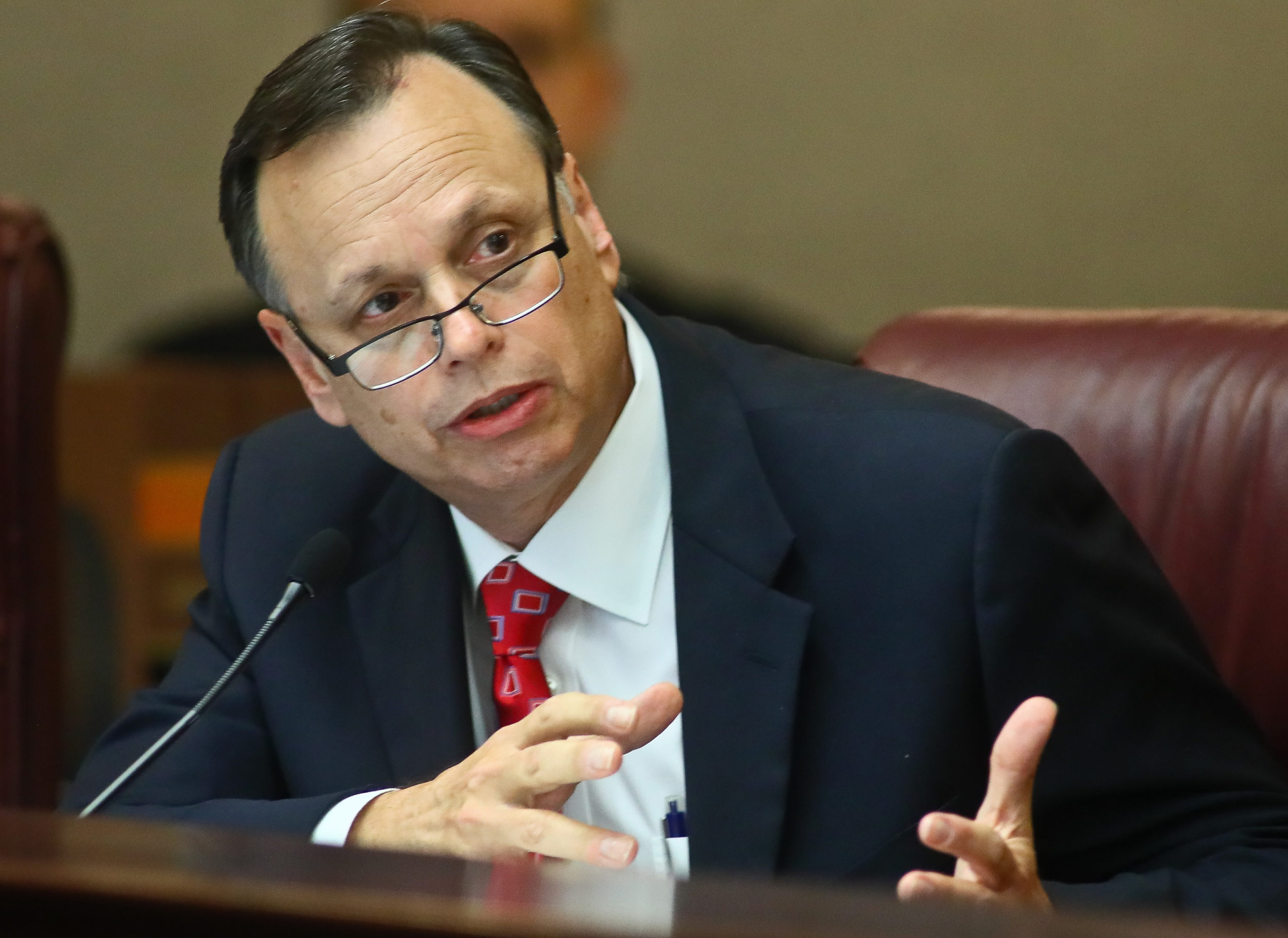 New language in a legislative proposal would allow criminals to automatically benefit from revised sentences — so long as the person has not been punished before the law is changed.

The bill seeks to create a framework for the Legislature to use if it reduces criminal penalties and wants to apply the changes retroactively.

That general concept is something voters permitted last year by opting to repeal the “Savings Clause,” which barred the state from allowing sentencing changes — like reductions to mandatory minimums — to apply retroactively.

Placed on the ballot by the Constitution Revision Commission, Amendment 11 passed with 62 percent support from voters in November.

“Essentially under this amendment, we codify that in the event that you have been charged with a crime and while you’re moving through the pipeline in the process, if the Legislature acts and reduces the sentencing of that crime, you would be entitled to a lesser charge,” Lee said.

State Sen. Darryl Rouson had filed a bill (SB 704) earlier this year that stood in contrast with Lee’s measure because it automatically applies retroactivity to sentences in some cases. But Rouson now has co-sponsored Lee’s amended measure.

Democratic state Sen. Randolph Bracy cast the only “no” vote on the measure, suggesting it skirts voter intent.

“It seems as if the way [Amendment 11] was written that retroactivity was supposed to be applied uniformly to any crime,” Bracy said.

Lee’s bill would pave the way for revised sentences to apply to people currently serving time but would require such a change to be explicitly addressed in laws passed by the Legislature.

Lee said a “great legal debate” looms on whether the legislative branch even has the constitutional authority to change a sentence retroactively. Clemency, Lee pointed out, is an executive power.

“This leaves it up to the Legislature … it’s a fight for another day, I guess,” Lee said.

Several people with family members currently serving prison sentences agreed with Bracy. They spoke out against the measure because it fails to specifically address the retroactivity of sentencing changes from the past.

But the new language won over a group of people testifying on behalf of Florida Cares, including former prisoners who had been sentenced under mandatory minimums.

“Sentencing retroactivity is constitutionally authorized,” Newburn added. “I think it’s politically and encouraged and, most importantly, I believe it is morally required.”

A similar House plan does not include the new Senate language for criminals awaiting sentences. The Senate version now heads to the Rules Committee, its last stop before the floor.