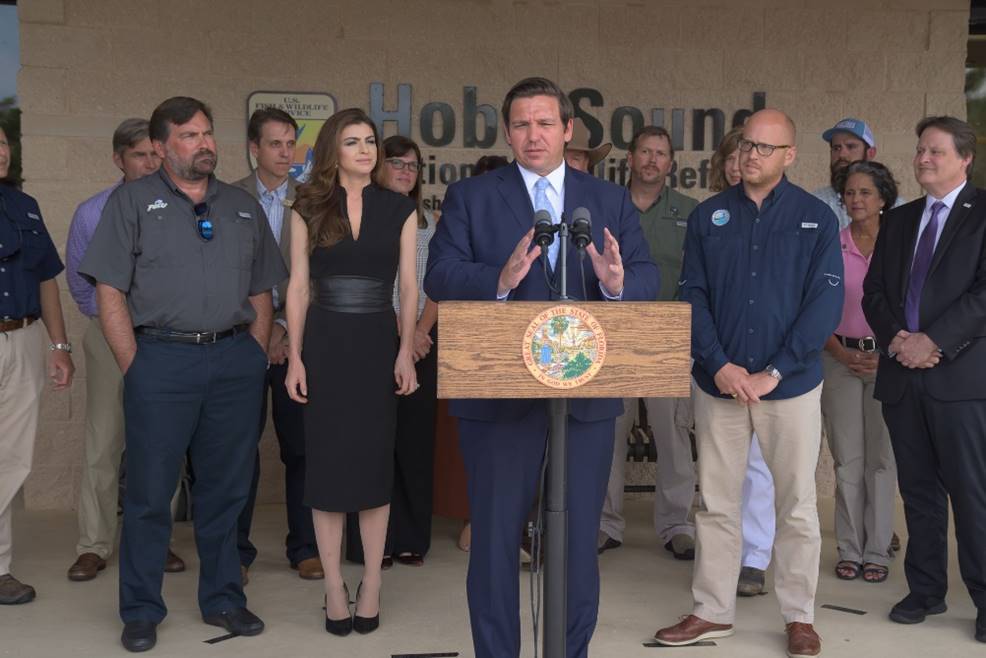 “...A stark reminder of how important and urgent this issue really is.”

“The current algae blooms in the St. Johns River and Lake George are a stark reminder of how important and urgent this issue really is,” DeSantis said.

“My administration is taking another step forward toward addressing this by appointing five internationally renowned and respected scientists to the new Blue-Green Algae Task Force.”

— Dr. Michael Parsons, a professor of marine science at Florida Gulf Coast University and director of the Coastal Watershed Institute and Vester Field Station. He was a State of Louisiana Board of Regents Fellow and received his doctorate from Louisiana State University in biological oceanography.

— Dr. James Sullivan, executive director of FAU’s Harbor Branch, is an expert on marine ecosystem health. He earned his master’s and doctorate degrees in biological oceanography with specializations in phytoplankton physiology and ecology, as well as bio-optics and biophysics, from the University of Rhode Island Graduate School of Oceanography.

— Dr. Valerie Paul, who’s served as director of the Smithsonian Marine Station at Fort Pierce, Florida, since 2002. She received her B.A. from the University of California San Diego with majors in Biology and in Chemical Ecology and her Ph.D. in Marine Biology from the Scripps Institution of Oceanography at UC San Diego.

According to a press release, the focus of the Blue-Green Algae Task Force is to support key funding and restoration initiatives and make recommendations to expedite nutrient reductions in Lake Okeechobee and the downstream estuaries.

The Task Force will also review and prioritize projects that will provide the largest and most meaningful nutrient reductions in key waterways.