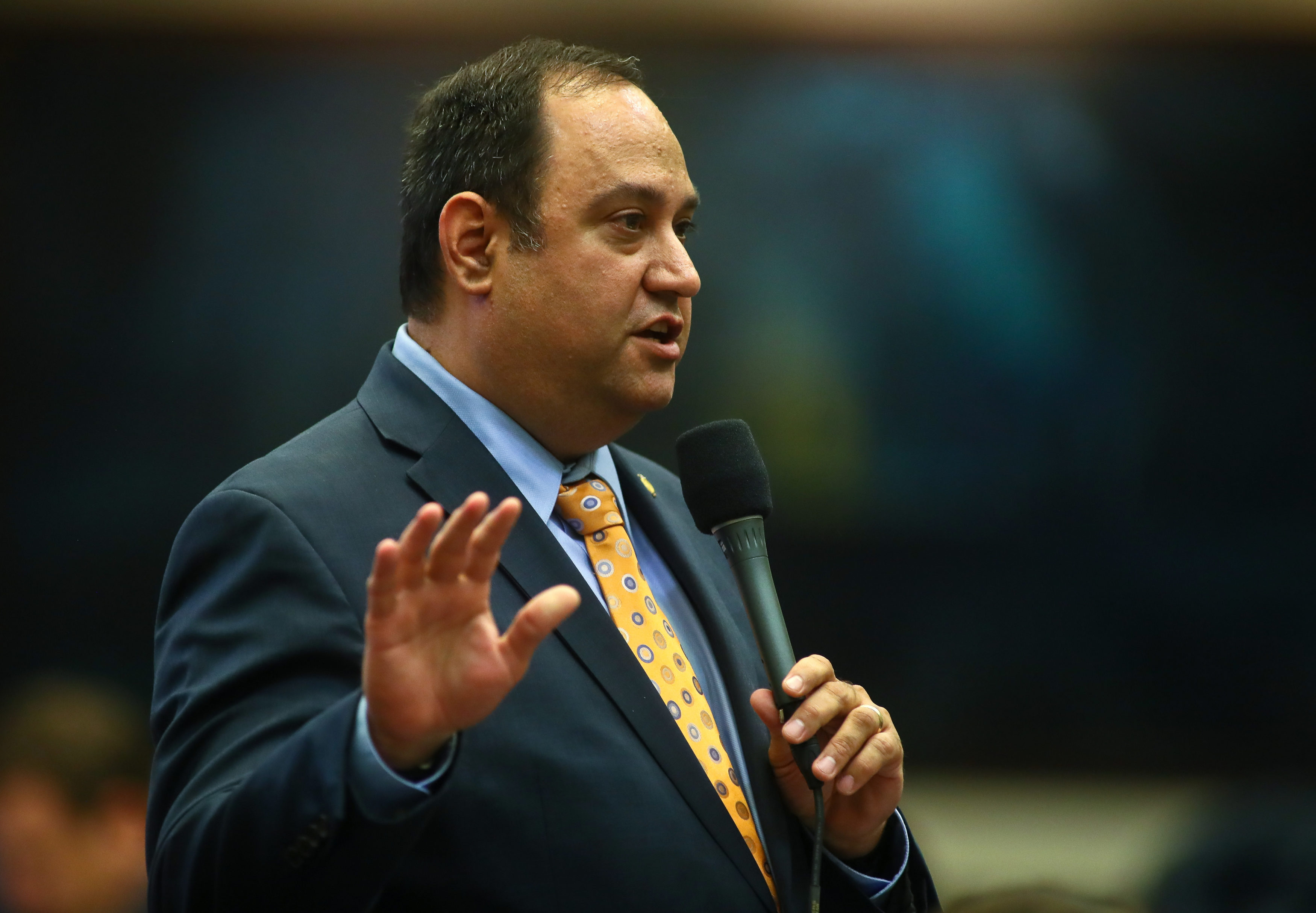 Heather Fitzenhagen has yet to chime — or jump — in.

Rep. Ray Rodrigues now has for his Senate candidacy support from every lawmaker in the Southwest Florida Legislative Delegation, except one.

Rodrigues, an Estero Republican, issued a new round of endorsements for the state Senate campaign on Monday. The holdout? Rep. Heather Fitzenhagen, a Fort Myers Republican rumored to be mulling a run herself.

“Ray is a dedicated servant leader who clearly has a heart for his family and community,” Albritton said. “Every day Ray walks with integrity, passion and honor. Nothing could give me more satisfaction than to stand with him in his campaign for the Florida Senate.”

“Ray has earned the trust of the public through his unwavering commitment to conservative principles and steady leadership style,” said Roach, a North Fort Myers Republican. “I am proud to call him a friend and offer my highest possible endorsement for him to serve as our next State Senator.”

Naples Republicans Donalds and Rommel both chimed in as well.

“Ray Rodrigues has always been willing to take on the tough fights. Because of his courage Florida is leading the nation in education reform and health care reform,” Rommell said. “Ray is a principled conservative and I’m proud to consider him a friend. Ray will make a great Senator and he will have my full support.”

Added Donalds: “Ray is the kind of proven conservative Southwest Florida can count on to fight for the issues that matter most to our families, small business owners and first responders. He is a great friend and I am proud to endorse him for the Florida Senate.”

And Grant, a Port Charlotte Republican, also spoke up his colleague.

“Southwest Florida deserves a fierce advocate like Ray Rodrigues in the Florida Senate,” Grant said. “His proven leadership on school choice, cleaning up our waterways and keeping our communities safe makes him the ideal candidate to represent Southwest Florida’s shared conservative values.”

Of course, the most glaring omission in the list of supporters remains Fitzenhagen.

Like Rodrigues, the Fort Myers pol cannot seek another two years in the House because of term limits. Leading up to Benacquisto’s retirement, her name has frequently been listed along with Eagle and Rodrigues as a possible successor.

Fitzenhagen’s district covers much of the Senate territory, as does Rodrigues’ district.