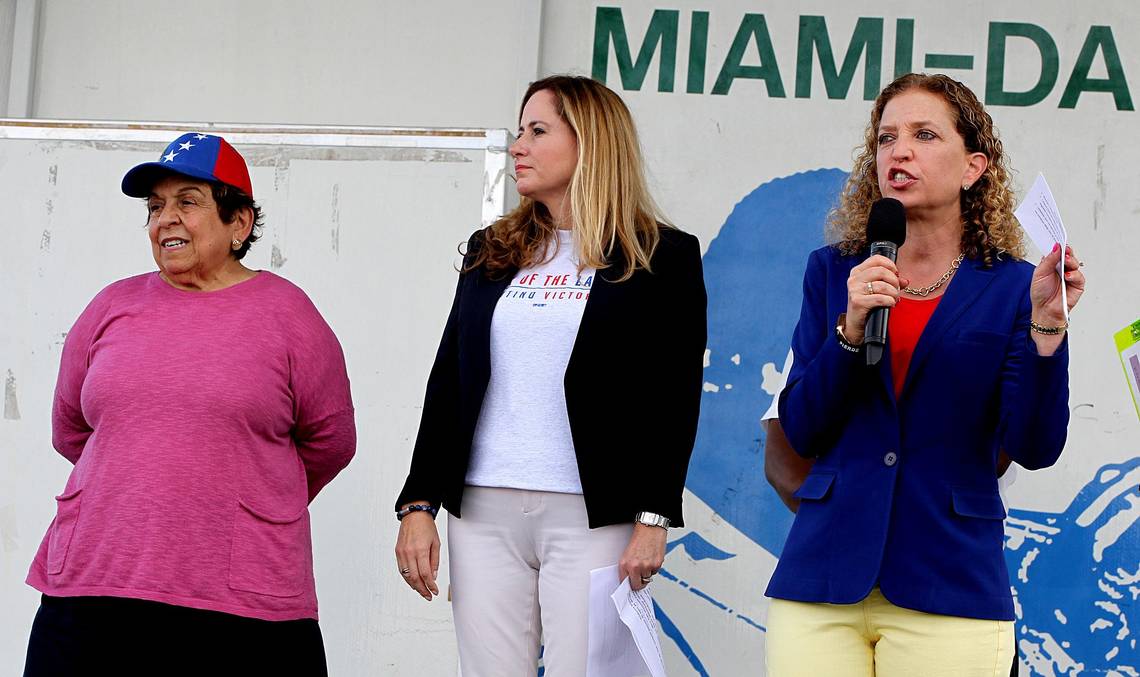 "It’s time the Administration begin taking the necessary steps to relocate the children."

Three South Florida members of Congress are calling for the closure of a Homestead facility designed to house unaccompanied migrant children.

U.S. Reps. Debbie Mucarsel-Powell, Debbie Wasserman Schultz, and Donna Shalala are pushing to close the center after a lawsuit alleged those children are suffering from “permanent psychological damage,” according to a report on the suit from the Miami Herald.

“When I first visited the facility, I was shocked and heartbroken at the prison-like conditions children are being detained in. Sadly, those conditions have only worsened as they continue to cram more children into already-limited spaces,” Mucarsel-Powell said.

“It’s time the Administration begin taking the necessary steps to relocate the children who are fleeing violence and poverty to safe environments where they can prosper and begin living the American Dream — not the nightmare manufactured by a corrupt, greedy, and heartless Administration. The Homestead child facility must be shut down, so we can restore our country’s values of being a refuge for immigrants.”

The congresswomen have made multiple visits to the facility, though not all have been successful. The trio was shut out during an early-April trip after they were told by officials at the Department of Health and Human Services (HHS) that they would not be allowed inside.

“When I first toured the Homestead shelter in February, I was deeply disturbed by what I saw: hundreds and hundreds of children crammed into a prison-like facilities with inadequate resources. When my colleagues and I tried to follow-up with a visit in April, we were denied access to the shelter, and therefore prevented from exercising our constitutional obligation to conduct oversight,” Shalala said.

“After reviewing the court document, I think it’s time to take steps toward closing the Homestead facility and transferring these unaccompanied children to smaller shelters operated and overseen by experienced non-profit groups that have welcomed immigrants for years. The officials overseeing the shelter have clearly demonstrated that they do not have the skill or the understanding to properly care for these children and move them more quickly to family members or sponsors.”

Reports have detailed an overflow of migrants being held at detention centers operated by the Border Patrol in Texas. A migrant child from Guatamala recently died while being detained, marking the fifth such child to die in U.S. custody since December.

Those issues at facilities across the country have signaled the severity of the problem at the border. Wasserman Schultz called on President Donald Trump to take action to ensure children at the Homestead facility are adequately taken care of.

“The latest court documents detail heartbreaking conditions that hundreds of children endure there every day. This must come to a quick and sensible end, one that prioritizes the welfare of these young people.”

Mucarsel-Powell added that during her most recent trip to the facility, on May 29, she was told there was not a sufficient plan to evacuate the facility in the event of a hurricane. HHS officials disputed that claim in comments to the Miami Herald, saying they do have a plan but that it is not publicly known.

Now, Mucarsel-Powell is also calling to make that plan public in a letter to the Office of Refugee Resettlement Acting Director Jonathan Hayes. Hurricane season began on June 1.

“The absence of foresight or coordination to effectively prepare for a disaster is irresponsible and is needlessly endangering the lives of thousands of children,” Mucarsel-Powell wrote.

“With hurricane season under way and pursuant to your representations during my visit to Homestead, please provide to my office a final version of the natural disaster evacuation and relocation plan for the Homestead Temporary Shelter by June 12, 2019.”