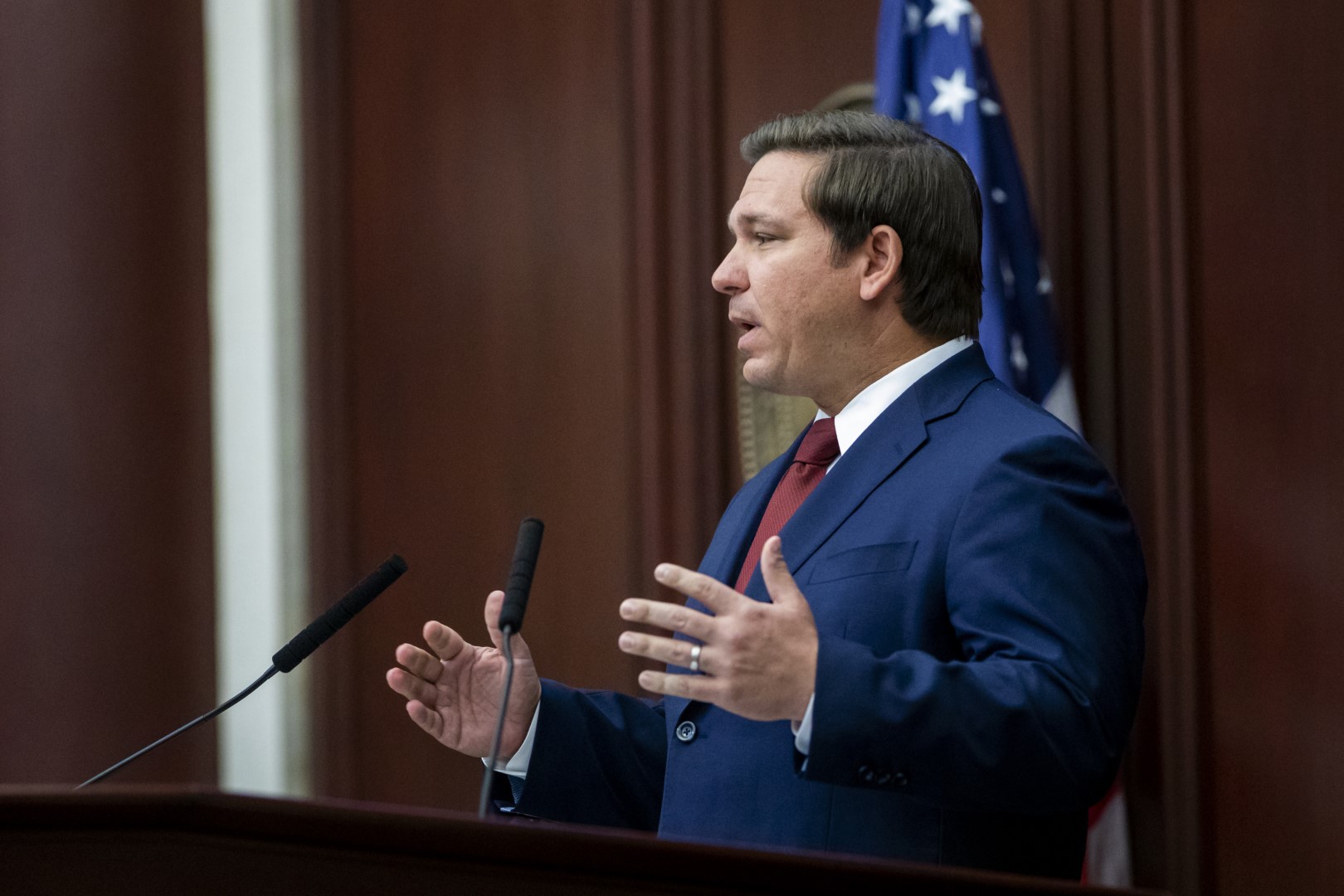 Republican Gov. Ron DeSantis signed 38 bills into law Friday, according to a release from his office. Those include one on ballot measures that Orlando attorney and activist John Morgan asked him not to sign.

The measures approved Friday cover a wide variety of areas, including elections and the courts. Here are a few highlights:

Ballot Measures (HB 5): A part of this bill will likely make it harder for the state’s constitution to be amended through citizen-led drives. Republicans behind the bill have said it will cut down on fraud and abuse.

As Talking Points Memo explained Friday, “petition sheets to get constitutional questions on the ballot would have to be serially numbered and printed by county supervisors of elections, copying a procedure currently used for voter registration sheets.

Moreover, “paid petition-gatherers would be forced to register their address with the state, and they would be prohibited from being paid per petition. Ballot initiative sponsors could be fined if they turn in petitions late — or fined $500 for petitions never turned in, or $1,000 if the sponsor or petition circulator acted willfully.”

Morgan’s “last crusade,” as he has termed it online, is passage of an amendment upping the state’s minimum wage.

According to the proposed summary, it would raise the minimum wage to $10 an hour effective Sept. 30, 2021.

“The legislature passed #HB5 to try & stop my effort to raise Florida’s minimum wage,” Morgan tweeted last month. “I hope @GovRonDeSantis vetoes it, but if he doesn’t: Minimum wage WILL BE on the 2020 ballot & IT WILL PASS! We have 600k signatures & will be close to finished by the time the law takes effect.”

Courts (HB 5011): The bill allows a “Supreme Court justice who permanently resides outside Leon County” to have an “official headquarters” elsewhere “as the justice’s private chambers.”

For example, all three of the new justices appointed by DeSantis come from outside the capital: Barbara Lagoa, Robert Luck and Carlos Muñiz hail from South Florida.

It also creates one new county court judge each for Flagler County and Citrus County, which now have only one each. County judges largely handle misdemeanors, small claims cases and traffic offenses.

“They’re small counties experiencing rapid growth,” said state Rep. Paul Renner, the Palm Coast Republican who pushed for the judgeships. “And if the one judge in the county gets sick, the whole system grinds to a halt.”

Court-ordered Treatment Programs (SB 910): The bill, sponsored by Panhandle Republican Sen. George Gainer, expands the availability of Veterans and Servicemembers Court Programs to include “individuals who are current or former Department of Defense contractors, and individuals who are current or former military members of a foreign allied country.”

— HB 375, which will exempt hospice doctors from being required to check a state database before prescribing controlled substances to patients.

— HB 563, which will help domestic-violence victims receive unemployment compensation if they leave jobs because of the circumstances of the violence.

The lists of all the bills signed Friday are here and here.

previousNikki Fried offers herself as a 'new hope' to Florida Democrats